It’s an oft-repeated cliché that this was the apotheosis among many fine moments in Jackie Stewart’s Grand Prix career, but the full circumstances bear repetition. 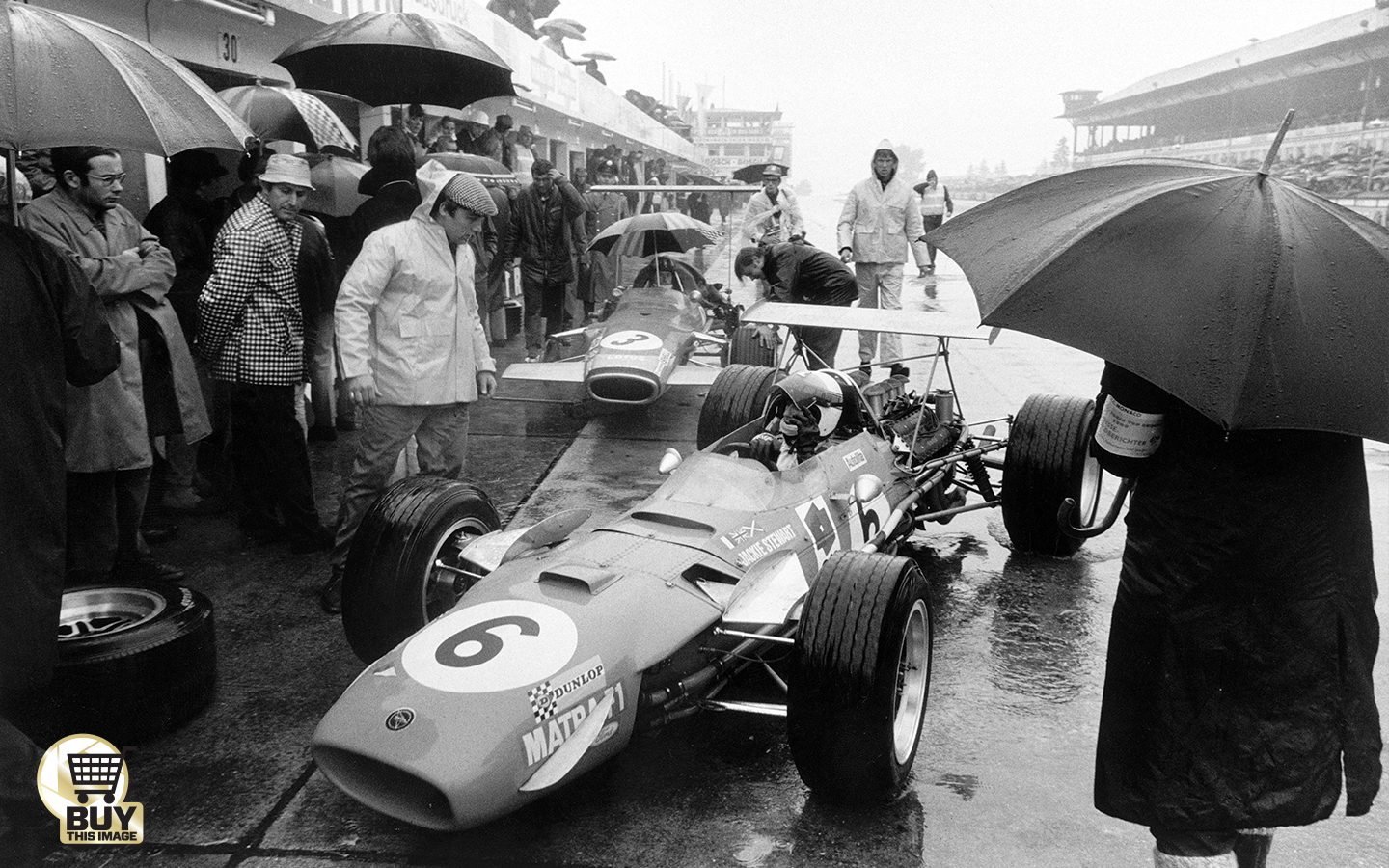 In April 1968 the Scot fractured his right wrist in an F2 accident at Jarama and had since competed with his forearm in a plastic splint. He’d been obliged to skip the Grands Prix in Spain and Monaco, but the setback hadn’t stopped him winning the rain-affected Dutch GP. It would be rather more ferociously wet in Germany.

During the build-up Stewart learned that he wouldn’t require corrective surgery at the campaign’s end, but there remained doubts that he’d be fit enough to withstand the Nordschleife’s pummelling twists and leaps. As a precaution, his Monaco stand-in Johnny Servoz-Gavin completed many laps in a Matra 530 road car prior to the race weekend, to acclimatise to the track lest he should be needed.

Stewart’s Matra was initially fitted with a steering damper to reduce loads transmitted through the wheel, although he eventually requested its removal so as not to compromise feel. He qualified sixth, fully 50 seconds shy of Jacky Ickx’s pole-sitting Ferrari, but the Belgian posted his time when conditions were merely misty rather than sodden.

Stewart’s lap should have put him on row two, but so foul were the conditions that the organisers opted to convert the grid from 4-3-4 to 3-2-3, for reasons of safety. That put Stewart to the inside of row three. He made a flying start, though, picking his way through the spray to lie third behind Graham Hill’s Lotus and Chris Amon’s Ferrari. He swept by the Kiwi before Adenau, then passed Hill exiting Schwalbenschwanz and was the best part of 10sec clear by the time he reached the finishing line for the first of 14 times.

Progress wouldn’t be wholly smooth thereafter. The persistently heavy rain never eased and even the best view in the house wasn’t particularly clear, with mist lingering in the adjacent forest. Stewart also had to cope with an occasionally sticking throttle and, at around half-distance, briefly dipping oil pressure, but neither problem persisted. He continued to pull away by about 10sec per lap and finished more than four minutes clear of Hill – although the runner-up lost one of those when he spun on lap 12. He got out, straightened the car, set it rolling and then hopped back in to give himself a bump start. Amon spun at about the same time, but was unable to rejoin and handed third to Jochen Rindt, while Ickx, Jack Brabham and Pedro Rodriguez completed the top six. Dan Gurney might have featured, too, but suffered a front puncture that dropped him from fifth to ninth. The American left his mark, though, having competed in a Bell Star, the first time a full-face helmet had been used in the F1 world championship.

The biggest impact, though, was created by Stewart. A set of highly effective 226-compound Dunlops had been no hardship against his closest rivals’ Firestones and Goodyears, but the greater contribution had been his own. SA 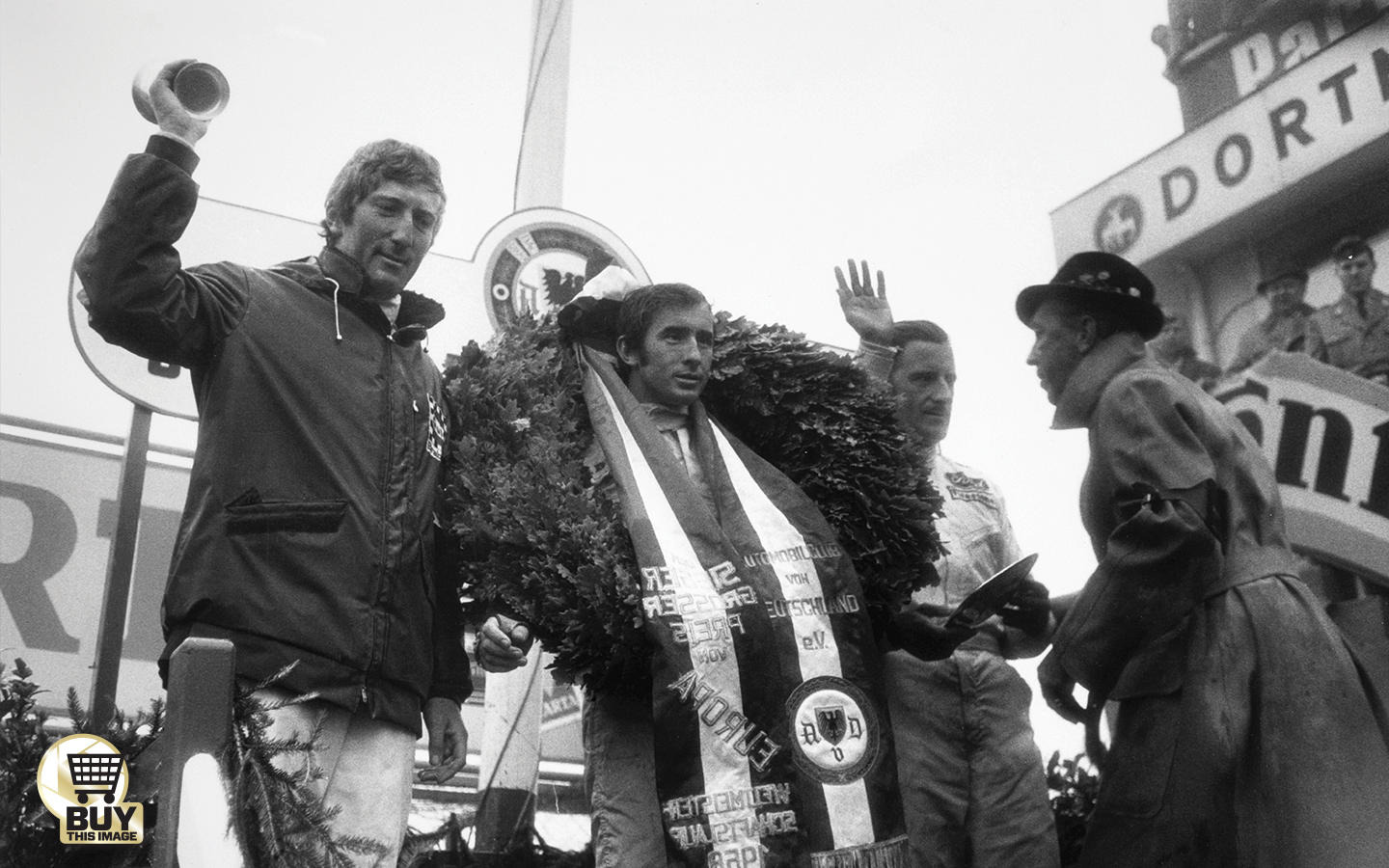