What would Jacques Laffite have thought? The Frenchman arrived in his pyjamas before the 1984 Dallas GP, a protest against a 7am start for Sunday morning warm-up. A few generations before, his antecedents were ready to race at 6am… 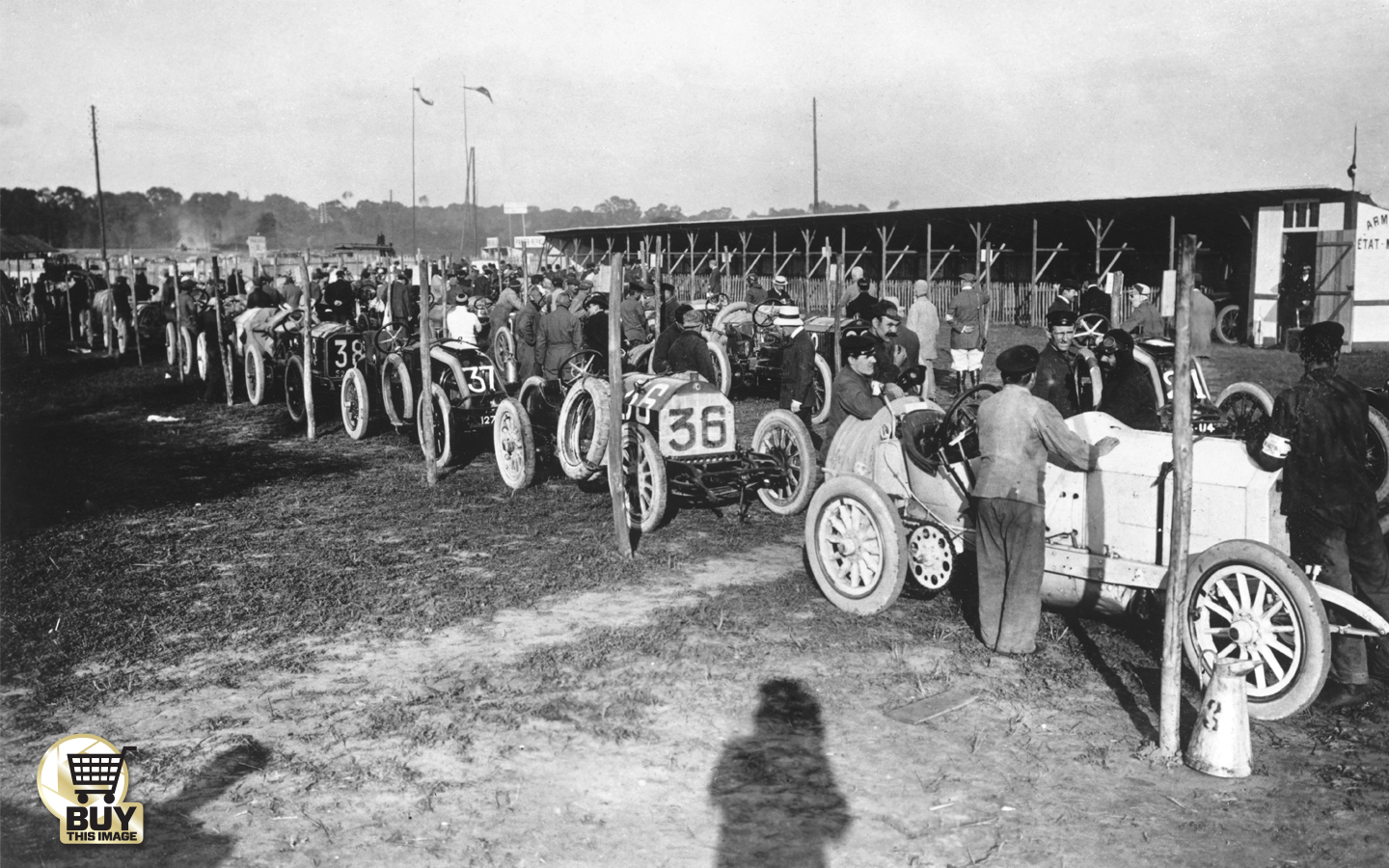 Dieppe hosted the French GP for a second time and there were new rules this year, with fuel restrictions lifted and a higher, 1100kg minimum weight limit. The theory ran that heavier cars would be sturdier and safer… although they didn’t appear to stop so well. There is a demonstration of period handling frailties on YouTube, in a short, charming sequence swiped from a Shell VHS documentary.

The 48 cars set off at one-minute intervals, with Dario Resta (Austin) balloted to lead away. The host nation had high hopes, with strong representation from Renault, Clément-Bayard, Panhard-Levassor, Mors and others, but most major manufacturers were present – including Itala and Fiat from Italy, Benz, Opel and Mercedes from Germany, Austin from England and Thomas from America.

View the 1908 French Grand Prix on the Database

Panhard-Levassor’s latest car featured a 12.5-litre engine and had a claimed top speed of 100mph, but frequent tyre changes prevented it mounting a challenge to the Germans. Leader Christian Lautenschlager was among the many to run wide and hit the flimsy trackside fencing, but there was ample time to extract his Mercedes, turn the crank and restart to win by more than eight minutes. Benz drivers Victory Hémery and René Hanriot completed a clean sweep for German manufacturers, with Victor Rigal’s fourth-placed Clément-Bayard best of the French contingent, more than half an hour adrift. SA