Ricciardo fastest in Monaco F1 qualifying ahead of Vettel and Hamilton 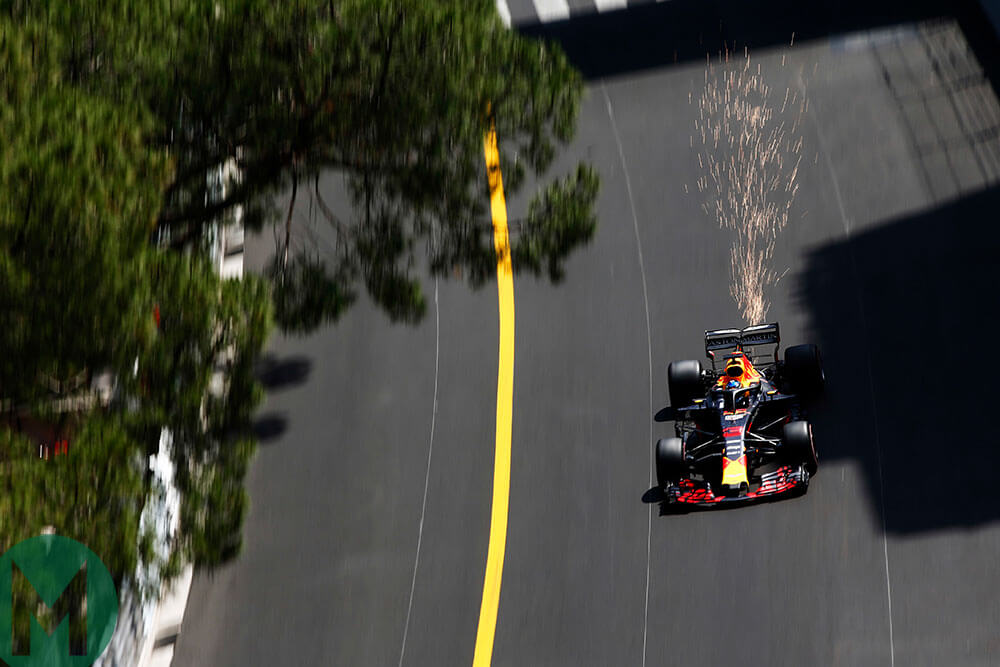 The Australian’s times tumbled throughout Friday afternoon and culminated in a Q3 track record of 1min 10.810sec, 0.229sec faster than Vettel’s effort.

Hamilton set the fastest first sector in his final flying lap but could only manage third, another two tenths back from Vettel but 0.034sec faster than fourth place Kimi Räikkönen.

Both Force Indias made it into the top 10, with Esteban Ocon beating Fernando Alonso to sixth. Carlos Sainz Jr finished eighth, 0.020sec slower than Alonso but ahead of the other Force India of Sergio Pérez.

Nico Hülkenberg was out in Q2 in 11th place, ahead of McLaren’s Stoffel Vandoorne.

Although he finished eighth-fastest in Q1, Sergey Sirotkin only managed 13th overall as he was out in the following session.

In 16th, Brendon Hartley missed out on Q2 by a tenth after a strong FP3 session in which he attained P7. The Toro Rosso rookie finished ahead of Sauber’s Marcus Ericsson, who couldn’t forge a flying lap in clean air.

Haas’ Kevin Magnussen finished the session 19th and nearly 1.4sec off the pace, behind Lance Stroll. Magnussen will therefore start next to his penalised team-mate for the race.

Max Verstappen, who crashed out of FP3, needed a gearbox change and was therefore ruled out of qualifying.

For full analysis of qualifying, sign up for the Mark Hughes newsletter to receive the in-depth Grand Prix report on Monday.