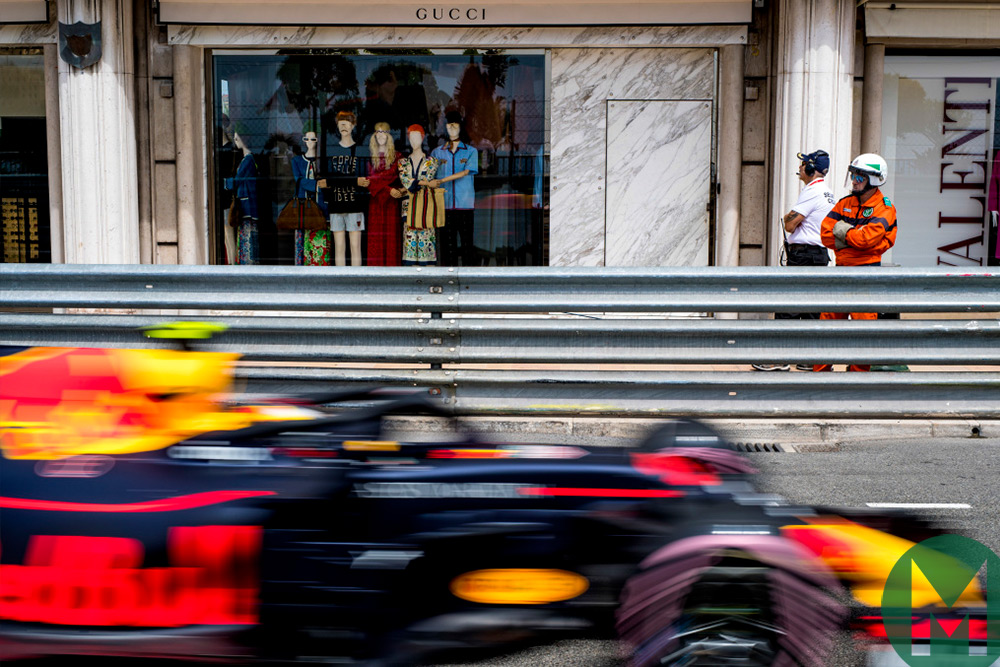 Red Bull once again set the pace in Monaco Grand Prix free practice, with Daniel Ricciardo quickest on the streets of Monte Carlo ahead of team-mate Max Verstappen.

The Dutchman spent much of the session on top but was shuffled to second as the session neared its final 20 minutes when Ricciardo became the first driver ever to lap Monaco inside 1min12sec with a 1min11.841sec.

Ferrari’s Sebastian Vettel was closest to the dominant Red Bulls, 0.5sec back in third, with Lewis Hamilton a tenth further back in fourth. Finns Kimi Räikkönen and Valtteri Bottas followed their respective Ferrari and Mercedes team-mates, with Räikkönen fifth and Bottas sixth.

The session was interrupted by a brief red flag for track repairs between Casino Square and Mirabeau after 30 minutes courtesy of a drain cover becoming dislodged, losing 10 minutes of track time. On resumption Verstappen and Romain Grosjean then made light contact at the hairpin, with both continuing undamaged.

Renault’s Nico Hülkenberg was best of the rest in seventh, four tenths slower than Bottas, with Stoffel Vandoorne 0.03s slower in the similarly powered McLaren. Fernando Alonso and Carlos Sainz – who grazed the wall late on – proved the McLaren and Renault to be closely matched around Monaco by ending the session ninth and 10th , the two teams covered by 0.2sec.

The under pressure Brendon Hartley, 11th, was again quicker than his Toro Rosso team-mate Pierre Gasly, with the pair split by Force India duo Sergio Pérez and Esteban Ocon.

Sergey Sirotkin finished 15th in the timesheets for Williams, just ahead of Kevin Magnussen’s Haas. Home racer Charles Leclerc claimed 17th in the Alfa Romeo Sauber, ahead of Grosjean, and the distant Lance Stroll and Marcus Ericsson.

For full analysis of this weekend’s Monaco Grand Prix, subscribe to the Mark Hughes newsletter for his comprehensive Grand Prix report on Monday morning.