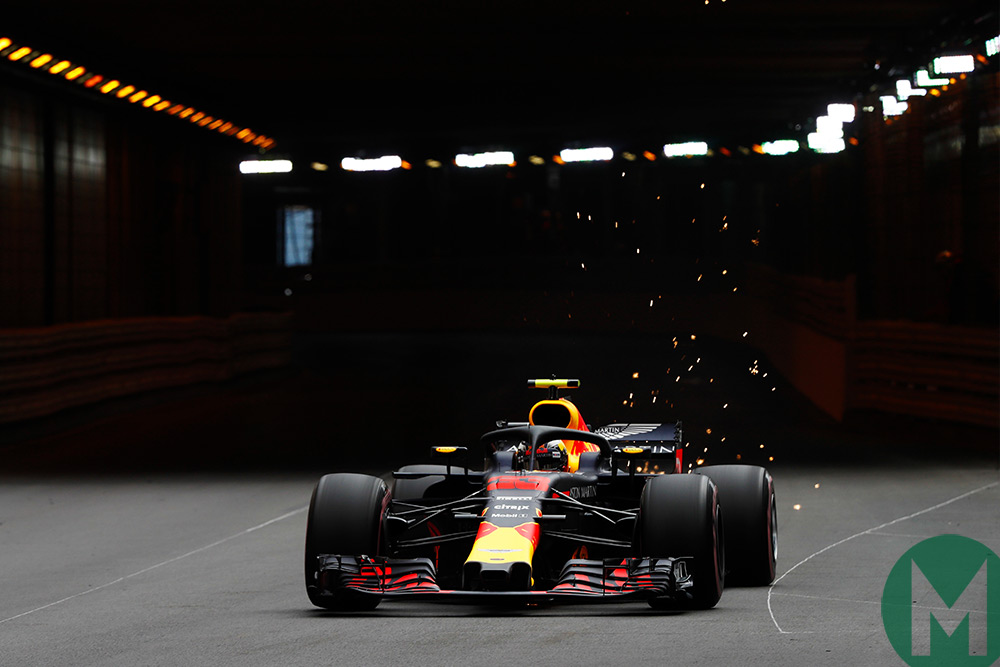 Daniel Ricciardo was fastest in the first practice session of the Monaco Formula 1 Grand Prix ahead of his team-mate Max Verstappen.

Ricciardo set the fastest time of 1min 12.126sec, beating team-mate Verstappen as the two traded places at the top of the leaderboard throughout the session.

The Dutchman was investigated for incorrectly rejoining the track after locking up into Turn 1, the stewards unhappy at his use of reverse gear.

Lewis Hamilton was third fastest ahead of the Ferrari pair led by Sebastian Vettel. Mercedes Valtteri Bottas finished seventh – behind Renault’s Carlos Sainz – as he focussed on long runs.

Sergio Pérez finished eighth ahead of Romain Grosjean, who made a late charge to take ninth place at the expense of Sergey Sirotkin. Williams team-mate Lance Stroll took 17th.

Esteban Ocon took 11th, ahead of Brendon Hartley who pipped Nico Hülkenberg to 12th late in the session.

Pierre Gasly finished ahead of Stoffel Vandoorne, whose team-mate Fernando Alonso (17th) was resigned to the pits for most of the session as his return to Monaco was soured by what McLaren cited as a ‘sensor issue’. Alonso returned to the track with 10 minutes remaining.

With the hypersofts in use for the first time this season, Kimi Räikkönen’s 2017 pole lap of 1min 12.178sec has already been beaten.