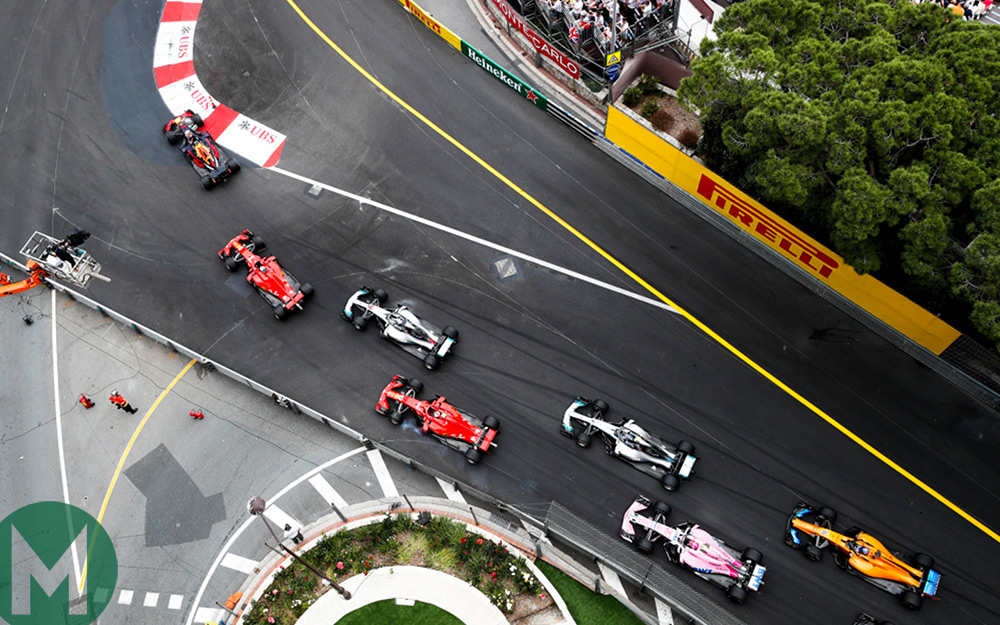 The Australian led every lap, despite an engine problem that left him down on power and forever in the clutches of the second-place Ferrari of Sebastian Vettel.

With Max Verstappen having to come through the pack after missing qualifying, ending the race ninth, Esteban Ocon secured best of the rest in sixth place for Force India.

The race seemed Ricciardo’s from the start, beating Vettel away from the front row and holding off early pressure to scamper away out of DRS range. But then Ricciardo’s Monaco curse appeared to hit once again when he lost power compared to Vettel and was forced onto the back foot. But with every car seeming to struggle with tyres, he was able to manage the race and just keep Vettel out of DRS range. A late virtual safety car for a dramatic crash for Charles Leclerc offered him respite, and was able to nurse his car home.

Williams duo Lance Stroll and Sergey Sirotkin endured another race to forget, finishing at the foot of the field after Sirotkin was handed a 10-second stop-go penalty for missing the three-minute warning and Stroll picked up two punctures.

Fernando Alonso became the race’s first retirement when his McLaren stopped on lap 54 with a gearbox issue before Charles Leclerc crashed heavily into the back of Brendon Hartley on the run down to the chicane.

For full analysis of qualifying, sign up for the Mark Hughes newsletter to receive the in-depth Grand Prix report on Monday.