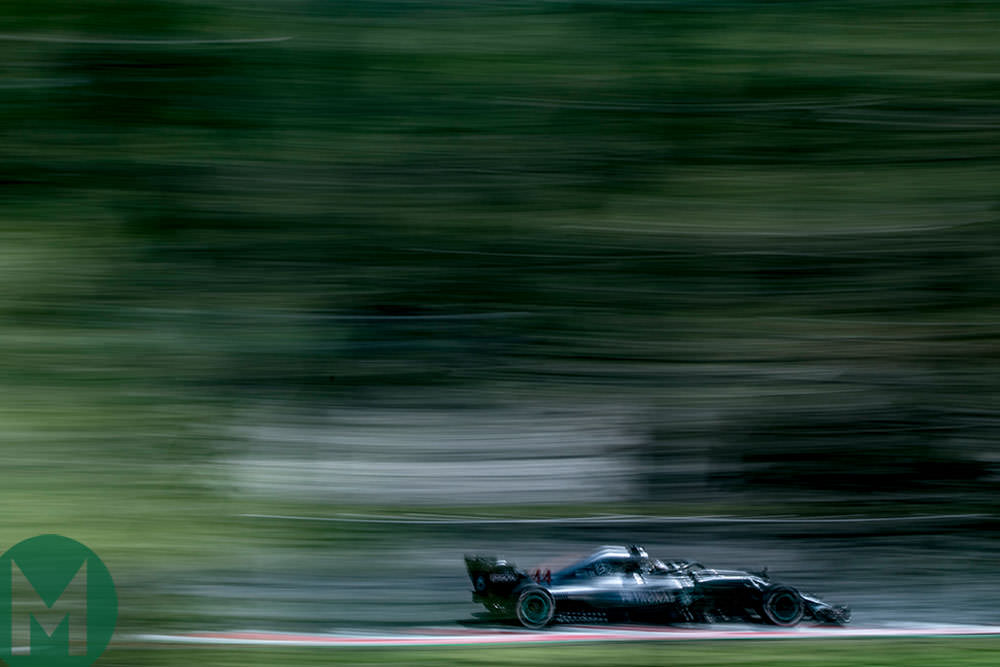 Hamilton set a time of 1min18.259sec – 0.133sec faster than Ricciardo – to top the session after finishing second in FP1.

Sebastian Vettel finished fourth behind the Red Bull pair, but ahead of FP1 leader Bottas. Team-mate Kimi Räikkonen finished sixth, six tenths off the pace with an engine issue.

The first session was calamitous as numerous drivers spun off, particularly around Turns 4 and 13. FP2 was no different, with Haas’ Romain Grosjean (seventh) first to spin off (as he did in the first session), followed by Räikkönen, whose Ferrari billowed smoke after his Turn 4 off.

Haas counterpart Kevin Magnussen continued a strong showing for the squad having finished eighth, ahead of the McLaren of Stoffel Vandoorne. Sergio Pérez rounded out the top 10, his team-mate closely following in 11th with Fernando Alonso 12th.

Pérez stopped late in the session with a suspected loose wheel.

Renault was off the pace in FP1 and showed little improvement in the following session, with Nico Hülkenberg 13th and his team-mate Carlos Sainz Jr 17th.

Between them were both Saubers and the Toro Rosso of Pierre Gasly in 14th while team-mate Brendon Hartley finished 18th.

The Williams pair of Lance Stroll and Sergey Sirotkin, who was replaced by Robert Kubica in the first session, rounded out the standings. Kubica told the media that his first FP1 session of the season was a bit of a “shock,” alluding to the difficult conditions as he finished 19th.

“I felt embarrassed when I was driving inside the car, because it was so difficult, and I felt so slow in some places,” he said.