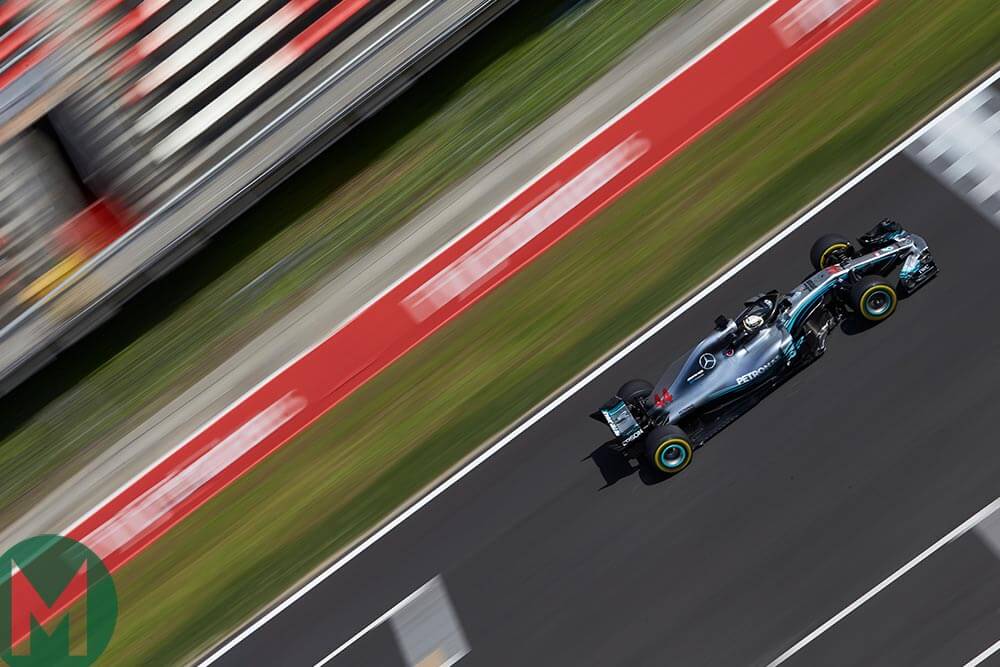 Lewis Hamilton took pole position for the Formula 1 Spanish Grand Prix, narrowly ahead of team-mate Valtteri Bottas as Mercedes locked out the front row ahead of the Ferraris.

Sebastian Vettel, who topped the first two qualifying sessions, was denied a fourth consecutive pole – two tenths off the pace – but he out-qualified Kimi Räikkönen who will join him behind the Mercedes.

The frontrunners will start the race on soft tyres having used them to set times in Q2.

Kevin Magnussen set the seventh fastest time, but was nowhere near the pace of the Red Bulls. He fended off eighth place Fernando Alonso by 0.045sec.

Stoffel Vandoorne finished two tenths slower than his team-mate in the second qualifying session and was eliminated in 11th place, ahead of Toro Rosso’s Pierre Gasly.

Neither Force India made it past Q2 with Esteban Ocon 13th and Sergio Pérez 15th, a second away from safety. The two were split by Charles Leclerc.

Nico Hülkenberg only set one flying lap in the first qualifying session as his Renault had a suspected gearbox issue. He was eliminated, 0.048sec off Vandoorne, in that session.

Marcus Ericsson locked up on his first flying effort and was eventually eliminated in 17th place.

The Williams pair was also eliminated in Q1 as Sergey Sirotkin finished 18th. He receives a three-place grid penalty for colliding with Pérez in Azerbaijan.

Team-mate Lance Stroll finished 19th, 3.194sec off the Q1 pace. He ended Q1 in the gravel, spinning out on the exit of Turn 12 and bringing out a caution.

Brendon Hartley, who crashed at the end of FP3, was a spectator for qualifying.