Mercedes leads FP1 ahead of Spanish Grand Prix weekend ahead of Ferrari, while Red Bull has mixed session 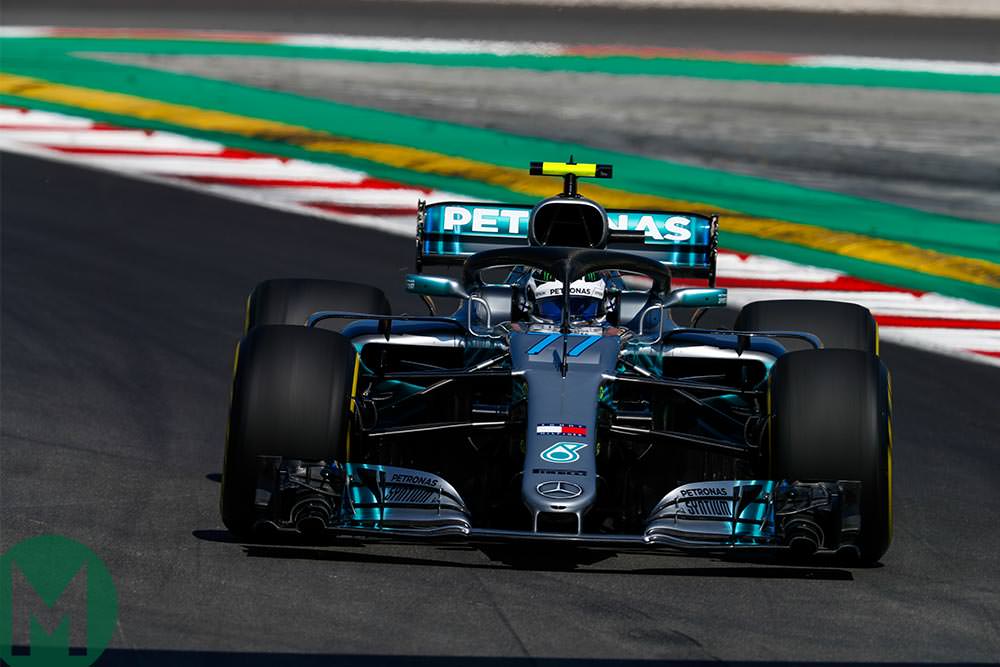 Valtteri Bottas set the fastest time in first practice for the Formula 1 Spanish Grand Prix, leading a Mercedes 1-2 ahead of team-mate Lewis Hamilton. Hamilton finished more than eight tenths off the Finn’s pace

Sebastian Vettel ended the session in third – 0.950sec off Bottas and a tenth behind Hamilton.

The development race for 2018 has kicked off, with numerous teams sporting new aero parts – but the results were mixed.

Daniel Ricciardo, who ran as high as third, crashed at Turn 4 in his newly upgraded Red Bull RB14 early in the session. Lance Stroll (20th) then crashed at Turn 5. Brendon Hartley’s (17th) session was also cut short after 30 minutes with a trip through the Turn 4 gravel. But numerous drivers had offs through the opening practice.

Max Verstappen spun just before Ricciardo, but he recovered to set the fourth fastest time – 1.039sec off the pace. Kimi Räikkönen was knocked down to fifth late in the session.

Robert Kubica finished 19th, 3.362sec off the pace as the Williams pair rounded out the standings.