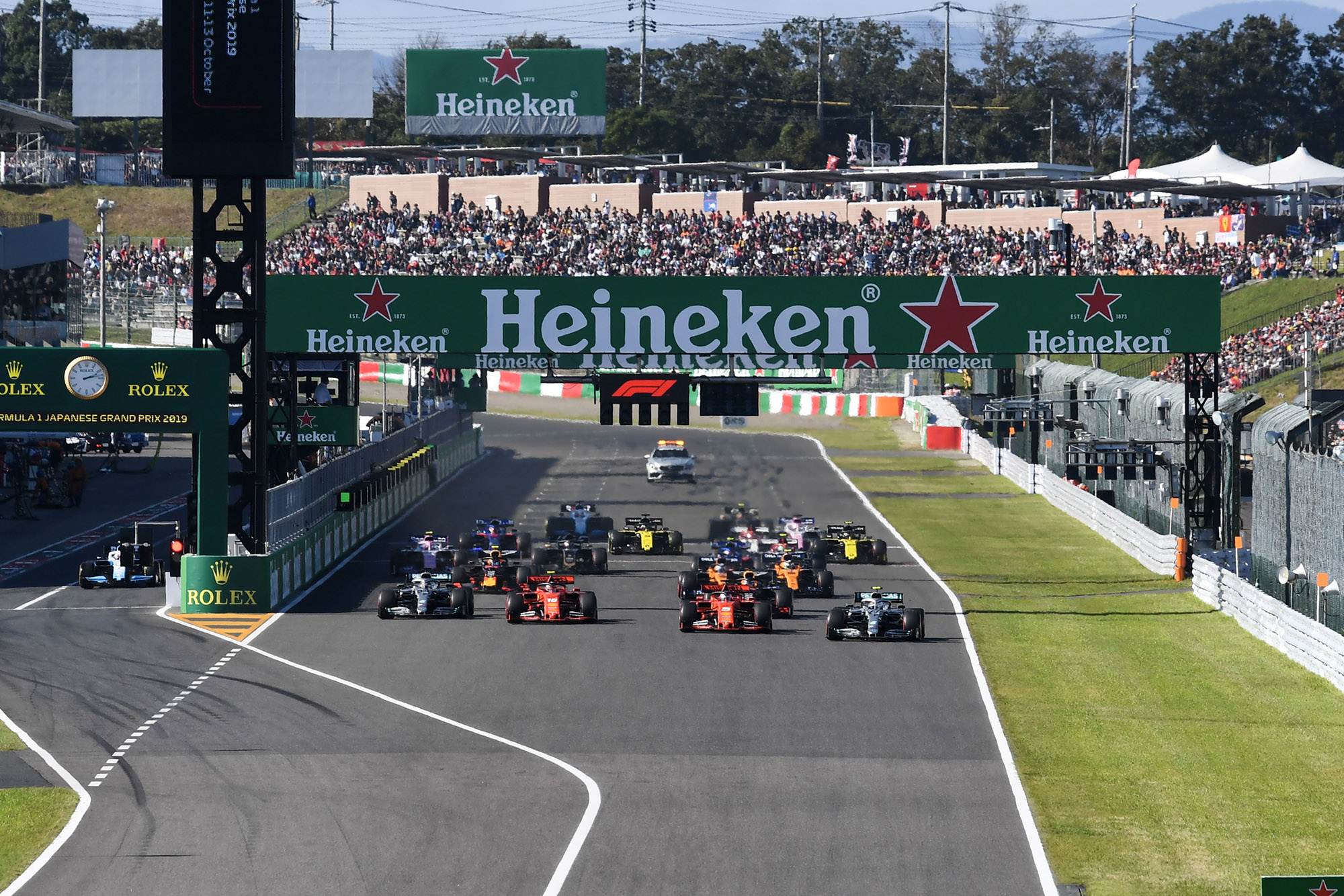 Valtteri Bottas took the lead of the Japanese Grand Prix from the start, holding on to win the race and the 2019 Constructors’ Championship for Mercedes.

Ferrari had looked on course to sweep to victory in Suzuka after securing a front-row lockout in Sunday morning’s typhoon-delayed qualifying session.

But the team’s domination evaporated before the lights even went out, when Sebastian Vettel rolled forward from his pole position grid spot during the race start sequence. He stopped himself, avoiding a penalty for a false start, but the error compromised his getaway, and Valtteri Bottas stormed through into the lead.

Worse was to come for Ferrari, just seconds later, in Turns One and Two, when Charles Leclerc touched Max Verstappen, who was alongside on the outside, fighting for third place. Verstappen span and recovered at the back of the field while Leclerc continued with a damaged front wing, spraying debris across the track.

Leclerc joined the Red Bull at the back a few laps later, after pitting to recover the damage, and fought back to finish in sixth place, but was later hit with a 15-second penalty for the collision and for staying out with a damaged car, dropping him to seventh; Verstappen retired.

At the front, Bottas stretched out a lead from second-placed Vettel, with Lewis Hamilton stuck behind the Ferrari in third.

This continued after the first round of pitstops, where an aggrieved Hamilton was left 20 seconds adrift of the lead.

A late second stop pitted Hamilton on fresh soft tyres against Vettel on older mediums, as they carved through backmarkers. The duel was tight, but Vettel clung on for second place.

Crucially, Hamilton set the fastest lap of the race, earning the additional point that secured the constructors’ title for Mercedes.

Behind them, Alex Albon was fourth and Carlos Sainz fifth. Daniel Ricciardo recovered from starting 16th after a disappointing qualifying session to finish seventh, and was then promoted to sixth after Leclerc’s penalty.