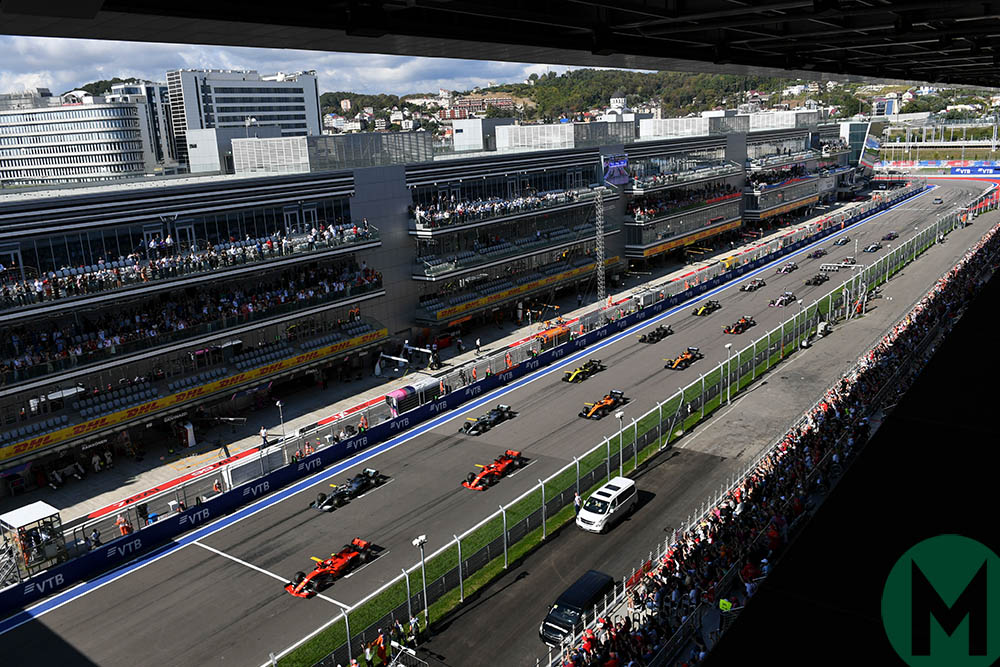 Lewis Hamilton returned to the top step of the podium in Russia after an engine issue for Sebastian Vettel wrecked a potential Ferrari 1-2 finish.

Instead, it was Mercedes which took the top two podium places, to extend Hamilton’s lead in the championship, and maintain the team’s 100 per cent victory record in Sochi.

Vettel’s retirement also ended a fiery Ferrari team battle, which saw heated radio messages from both drivers in the early laps, with Charles Leclerc accusing Vettel of reneging on a pre-race agreement.

A strong start by Vettel from third place, and a tow from pole-sitter Leclerc up the long drag to Turn Two, enabled the German to take the lead on the first lap, followed by Leclerc.

Radio messages made it quickly apparent that Ferrari had planned the move — to prevent Mercedes gaining a tow — with an agreement for Vettel to hand the lead back to Leclerc.

However, as Vettel pulled away, he refused to swap places until Leclerc drew closer; to the obvious dismay of the Frenchman. 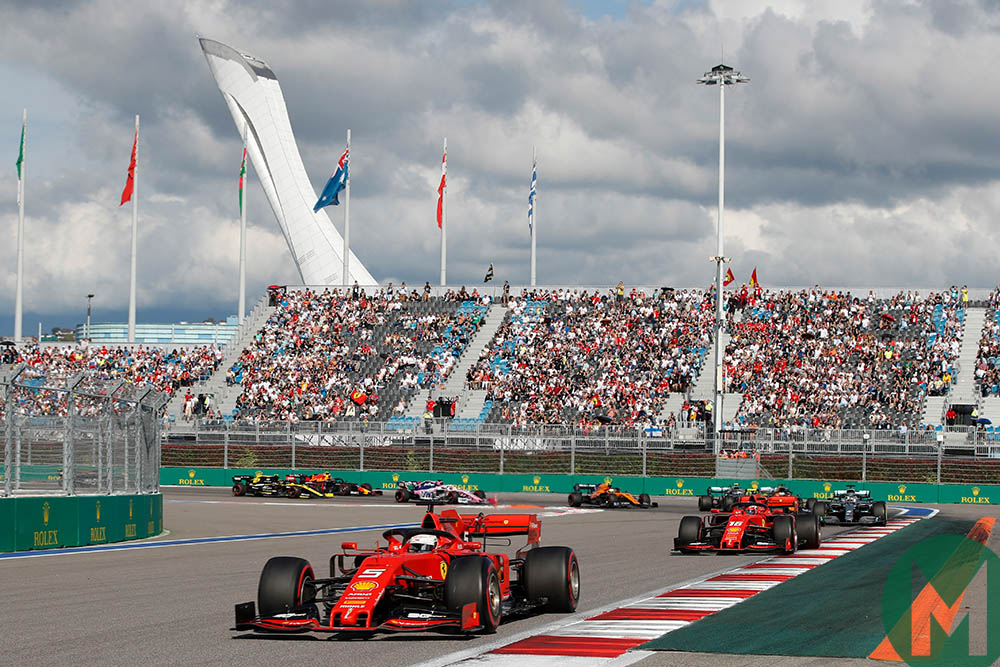 Vettel pulls away from Leclerc as he leads in Sochi Photo: Motorsport Images

In the end, Ferrari pitted Leclerc four laps before Vettel, leaving him in the lead after both cars had stopped. The team looked to be in a commanding position, with strong pace, when Vettel suffered a sudden failure.

He was told to stop immediately but his parking space — in a run-off area — triggered the virtual safety car (VSC) procedure.

As the cars on track slowed, Hamilton took the chance to make his stop and emerged in the lead.

Another twist emerged when George Russell crashed under the VSC with a brake issue and a full safety car was imposed. Leclerc pitted again for soft tyres in a bid to battle for the lead, and dropped to third behind Valtteri Bottas.

But he couldn’t find a way past either Mercedes when the race resumed. Hamilton’s victory means that he extends his championship lead over Leclerc to 107 points with five races remaining.

Max Verstappen finished in fourth, with team-mate Alexander Albon behind him after starting from the pitlane, and having benefitted from the safety car periods, which compressed the field.