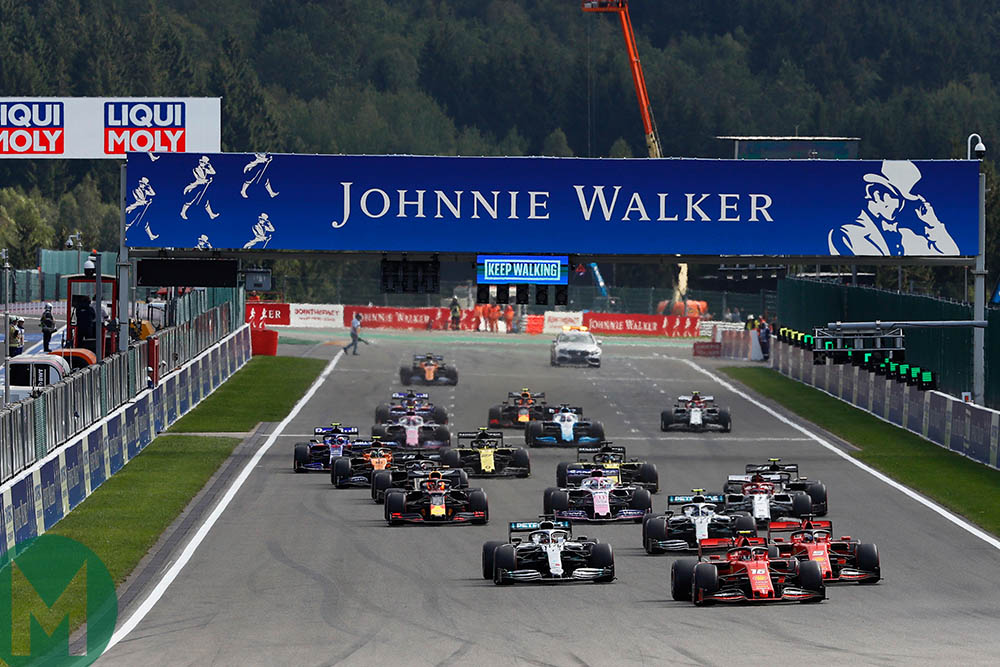 Charles Leclerc won his first Formula 1 race in Belgium and immediately dedicated the victory to his French compatriot, Anthoine Hubert, who was killed in a Formula 2 race yesterday.

Leclerc emerged emotional from the cockpit after a measured drive from pole position, in which he lost the lead through pit stops, regained it from team-mate Sebastian Vettel, and then watched his mirrors as a charged Lewis Hamilton erode his lead of more than six seconds to less than a second at the line.

The Monaco resident had dominated the weekend, topping all but one of the practice sessions, and each of the three qualifying rounds. He is now the the 39th driver to win an F1 race, and the first Monégasque.

The race began with a safety car, when Max Verstappen clipped Kimi Räikkönen at the La Source hairpin at the end of the pit straight. The collision broke his steering column, and Verstappen speared into the barriers at the high-speed Eau Rouge bend.

Once the safety car returned to the pits, Leclerc maintained the lead that he had held from the start, ahead of Vettel, followed by Hamilton and Valtteri Bottas. It remained that way until Vettel pitted on lap 15. With extra performance from his new medium tyres, the gap to Hamilton was immediately less than a pit stop’s-worth. And Vettel also reduced the gap to Leclerc.

When the Frenchman finally pitted on lap 21, he emerged well behind Vettel, as did Hamilton who made his stop two laps later.

But Vettel’s longer stint eventually saw him slow, and he was ordered to let Leclerc pass for the lead, with Hamilton approaching fast. Vettel managed to hold the Mercedes driver off for around three laps before Hamilton moved into second with a DRS-assisted pass on lap 32.

Hamilton then bore down on Leclerc, but the time spent behind Vettel looked to have extended the gap by just enough as the Frenchman tasted victory for the first time. 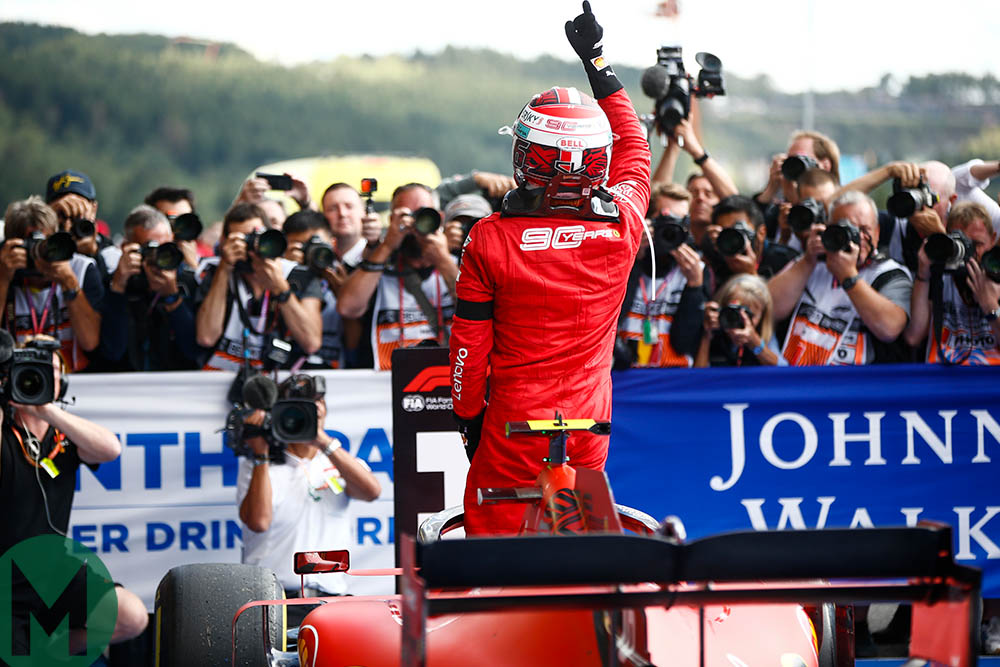 There was disappointment for Lando Norris who drove an impressive race, only to retire from fifth position with a failure, a lap from the end.

It promoted an aggressive Alexander Albon, who had started 17th, to fifth. In his first race for Red Bull, punchy manoeuvres included passing Daniel Ricciardo around the outside of Turn Nine, and bouncing past Sergio Perez on the grass during the final lap, a move that is under investigation.