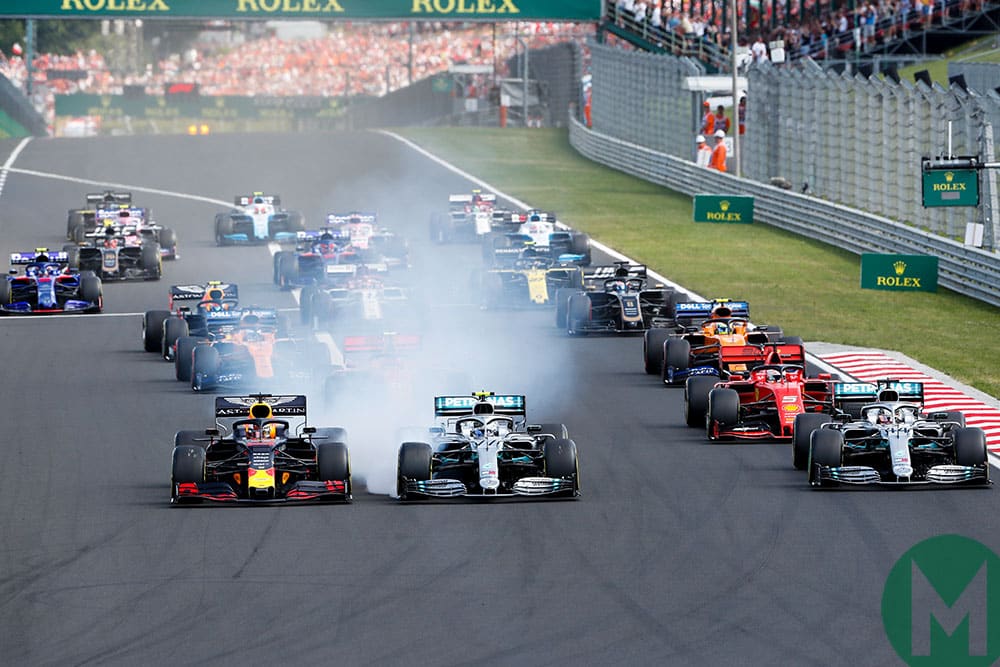 The Hungaroring race was an intense and long-awaited head-to-head victory fight between Verstappen’s Red Bull and Hamilton. Poleman Verstappen looked good to win for much of the way after he retained his lead at the start, holding off the Mercedes pair with Hamilton moving into second place.

Verstappen built a lead of around two seconds but, complaining of tyre wear, pitted on lap 26 of 70 while Hamilton waited six laps longer to stop.

On fresher tyres, Hamilton quickly got onto Verstappen’s tail and attacked for the lead. On lap 39 the pair had a side-by-side battle and Hamilton briefly passed at turn 4, but went off the track in doing so and so gave the place back.

But Hamilton and Mercedes then rolled the dice by pitting for second time with 20 laps left, and Hamilton on fresher and softer rubber ate at the 20sec gap to Verstappen and passed on the outside of the first turn with just under four laps left. It ensured Hamilton’s seventh F1 win at this track. Verstappen, declaring his tyres ‘finished’, pitted immediately and finished a distant second.

Hamilton’s team-mate Valtteri Bottas had his day spoiled on lap one. Having been passed by Hamilton at the third turn Charles Leclerc’s Ferrari then made contact with Bottas on the way by too, leaving Bottas with front wing damage which necessitated an early stop to change it. Bottas dropped to the back and recovered to finish eighth.

The Ferraris were never on the pace of the leading pair and followed Verstappen and Hamilton home in third and fourth, more than a minute off the winner. Vettel finished ahead, passing Leclerc late on after an extended first stint to ensure he had fresher tyres late on.