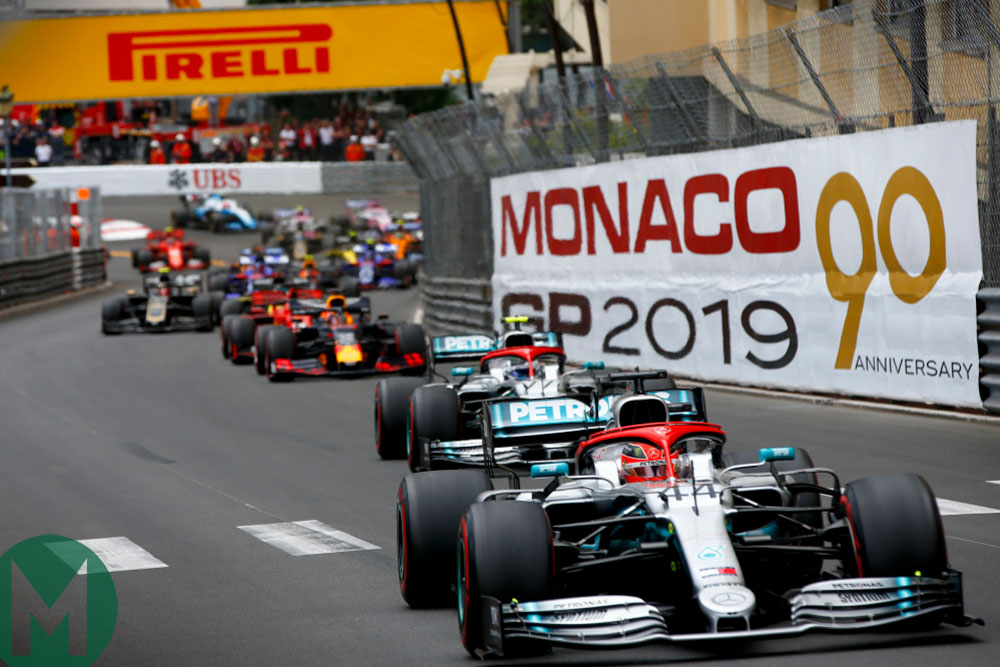 Lewis Hamilton took victory in this afternoon’s Monaco Grand Prix, ahead of Sebastian Vettel and Valtteri Bottas, to pull out a 17-point lead in the driver’s championship over team-mate Bottas.

The Mercedes driver finished just ahead of Max Verstappen’s Red Bull but the Dutchman was demoted thanks to a five-second penalty for an unsafe release from his pit-stop.

Hamilton won with a red helmet in memory of Lauda, and several teams carried tributes on their cars, which are included in the gallery at the bottom of the page.