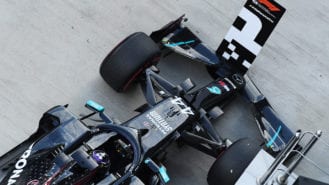 Verstappen didn’t have an answer to the Finn, losing 0.6sec a lap on the straights and dropping over ten seconds behind at one stage before keeping the pressure up in the closing laps. He might not have been a real threat for victory, but second place marks Red Bull’s first podium at Sochi.

“The first lap I had a little bit of a battle with Daniel to get back into third and I had a nice off road experience through the bollards so that’s nice,” Verstappen said. “Then from there onwards… on the medium tyre I wasn’t having a great balance like in Q1 and Q2 yesterday where I couldn’t push the entries of the corners and I couldn’t keep up with them so I just tried to not lose too much time.

“Then once we pitted I put the hard tyres on, everything was a bit more stable and a bit better balance. I was pleased with that. The second stint was pretty OK so I am very happy with second.”

The top two were content, but Hamilton clearly wasn’t. After complaining at his team over team radio he also had a swipe at the stewards after receiving a penalty point for each of his infringements, giving him 10 for the past 12 months and leaving him with four races where he can’t afford to pick up two more or he will receive a race ban.

“Generally if you look at probably every race that I’ve done this year at least, I always start further down, never ever had a problem, done it for years,” Hamilton said. “Here I haven’t done that before, I would say, but it says you have to be on the right after the lights, it doesn’t say how far. And so often I don’t like to be on the rubber, where everyone has done their rubber, so it’s not representative of what it’s like on the grid so I like to be on the surface that doesn’t have any rubber.

“I did (ask the team), and as far as we were aware it’s OK. It’s no different to Brazil. You drive to the end of the pit lane and do your start. It’s actually probably safer compared to Brazil as there was more space. So… Interesting decision.

Asked if the penalties are too harsh, he added “Of course it is, and it is to be expected. They are trying to stop me.”

If Hamilton feels hard done by, he could spare a thought for Sergio Perez who is without a drive in 2021 as it stands but excellent in Sochi to finish a comfortable fourth, recovering from a bad start to jump the Renault pair. The Mexican didn’t have the updated car either, but the key was a long first stint on softs – the longest of the race – and then a beautiful move to pass Daniel Ricciardo on the inside of Turn 3 after his pit stop.

“That made our race really, that first stint on the soft,” Perez said. “I think otherwise, we were very close to Ricciardo, one-tenth faster, slower, we were never going to overtake him. But that first stint the management was pretty key to our race.

“I think we did a good step. The team is working hard to try to get [upgrades] on my car for the Nurburgring so hopefully. When you see this is the maximum we could do, we finished 30 seconds from Bottas, if we are able to find half a second then we can be in the mix for the podium.”

Ricciardo’s wait for the podium goes on as he finished fifth, negating a five-second time penalty for not rejoining properly at Turn Two by pulling well clear of Charles Leclerc in sixth. The Ferrari didn’t really deserve to be that high but Leclerc’s first stint on mediums put him right in the mix, and he had the pace to drop Esteban Ocon, who in turn held of Daniil Kvyat.

Pierre Gasly ended up ninth after a late pit stop under Virtual Safety Car – caused by Romain Grosjean wiping out the bollards at Turn 2 – dropped him out of the points, but he recovered to clear Alex Albon and Lando Norris. Albon at least salvaged the final point after what was largely a weekend to forget, with Norris failing to make it to the end on the same set of hard tyres he fitted on lap one. 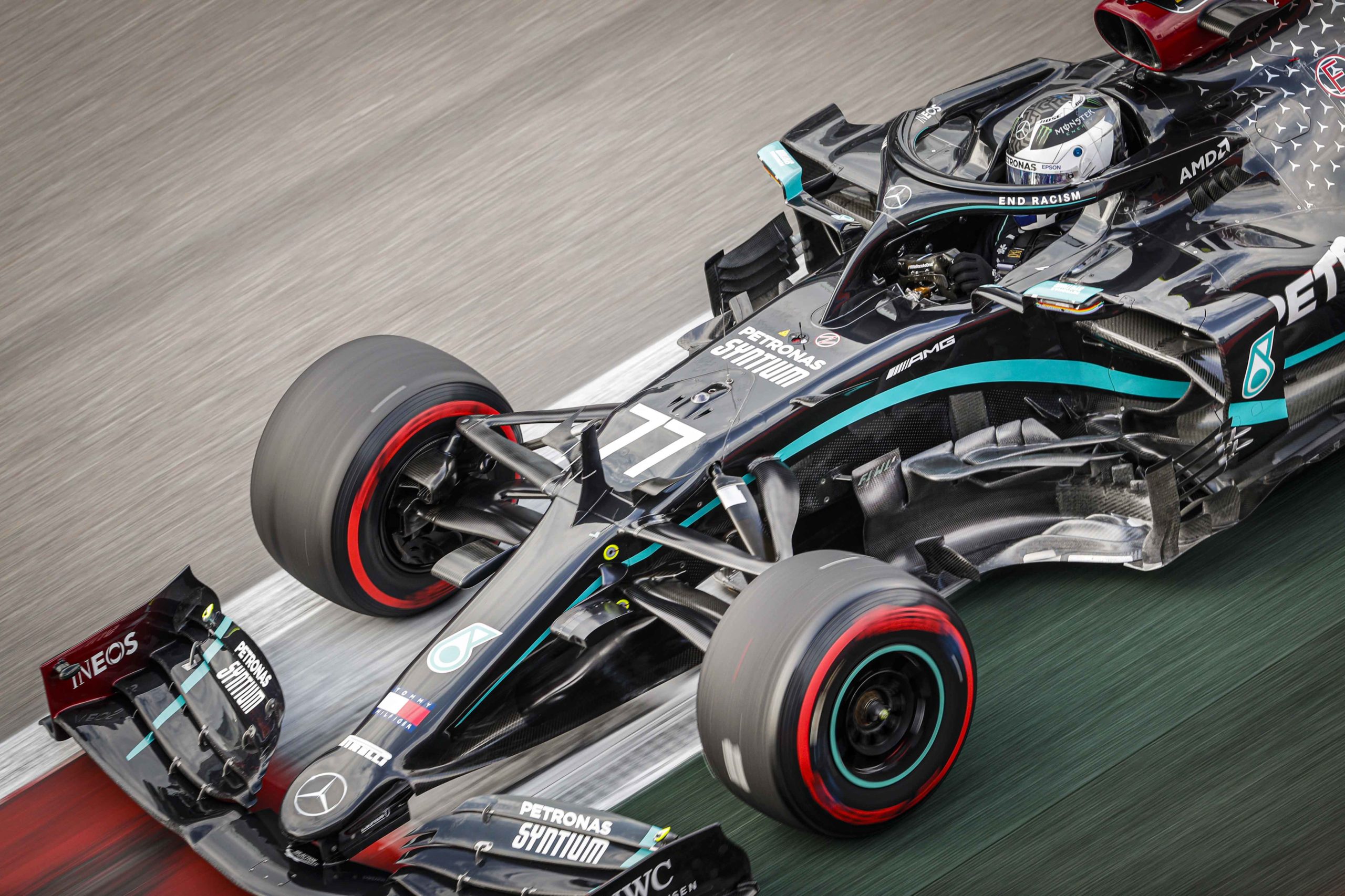