Despite a token system limiting updates year on year, coupled with relative regulatory stability moving into 2021, development through Formula 1’s off-season has been as intense as ever. Changes to the aerodynamic regulations intended to check performance have had to be accommodated and in the case of McLaren – first out of the blocks in the car launch stakes with its MCL35M – the team also had to contend with a switch of power unit supplier.

Having entered the current hybrid era with Mercedes power, McLaren has returned to the German manufacturer following a fractious period with Honda and a deal with Renault marred by reliability issues. For team principal Andreas Seidl, the choice of Mercedes was an obvious one, “We wanted to get a championship winning power unit in the back of our car.”

Regardless of its pedigree, the shift to Mercedes was a double-edged sword. While other outfits have spent development tokens honing their existing packages, McLaren’s were committed almost entirely to the power unit swap. However, the team felt this disadvantage was offset by the greater performance of the Mercedes power unit, not just in the outright power stakes but also packaging and other subtle yet important refinements that have made it a winning combination.

At the car’s launch, technical director James Key noted that unlike earlier in the current rules cycle, the various power units are now relatively evenly matched in outright performance. Regardless, the Mercedes is still considered the best overall solution, Key stating, “The installation is certainly extremely tidy, you can see how much attention to detail has gone into it, which has given us some plus points. Equally, there are demands on other areas which we have had to adjust to. What has become clear is that the Mercedes installation is very good, which has made it reasonably easy to shoehorn the engine into the homologated car.”

The Mercedes and Renault units are entirely different in their architecture; Renault mounts both the turbo’s compressor and turbine system at the rear of the engine, with the MGU-H nestled in the vee. Mercedes (in an approach later mirrored by Honda), has always split the turbo. Placing the compressor at the front of the engine and the turbine at the rear allows for a larger and thus more efficient unit, one of the many reasons for its power unit’s dominance over the years.

Looking at the launch images of the car, it is evident that the new installation has altered the external form of the bodywork. Beyond elements that were homologated in 2020 – such as the nose – the sidepods and engine covers have gained an extra bulge, presumably to accommodate the revised cooling package, but also potentially due to internal elements being moved higher in the chassis, allowing for a deeper undercut of the sidepod. It can be assumed that McLaren has stuck with an air-air charge cooling package on the car, rather than opting for the potentially more efficient, but vastly more complex water-air system Mercedes employs on the works machines.

The car also appears to have been lengthened (though this is always hard to judge from PR shots). The reasons for this could be twofold. Firstly, the weight distribution of the Mercedes is different to the Renault, the front-mounted compressor pushes the block further away from the tub. Secondly, with new rules limiting the performance of the floor, having space to extend the length of the floor may bring some aero performance (though this is by no means a simple trade-off).

Among the components likely to change before the first race in Bahrain is the diffuser. During the launch, Key flagged this as a particular area of focus over the winter, saying: “You’ll see a huge amount of development at the rear”. Expect further preseason evolution on other key parts of the car, including the front wing and bargeboard area too.

Swapping power unit suppliers is a challenge at the best of times, and McLaren also had to be careful not to overstep the mark as to what it could and could not change under the homologation rules. Key explained that it only adjusted design elements where strictly necessary to accommodate the switch. “We had to do this [change] through a period where the cars were homologated mechanically, and a lot of the engine components were frozen at the start of last season. That put us in a bit of a spot. We had to respect the homologation process by not changing things that didn’t really need to change. Of course, we have had to change the chassis, the energy store, aspects of the gearbox for packaging purposes.

McLaren has become the first team to reveal its Formula 1 car for 2021, as it returns to Mercedes power for the first time in seven years. The MCL35M retains…

“Fundamentally, the architecture of the car is quite different, but the homologated areas are as similar as possible. Among all of the other challenges it added an extra dimension which probably led to a slightly suboptimal approach compared to if you are absolutely free, but I don’t think it was that much of a compromise.”

Regarding the rules-led aerodynamic changes (the most significant of which is a tapering of the floor towards the rear wheels and a ban on slots along the floor edge), Key admitted they were effective in reducing performance. Noting that the car would evolve in appearance before pre-season testing and again over the course of the season, he was confident that most teams would claw back their losses and overall aero performance would return to the levels seen in 2020.

With the midfield battle likely to be even closer this year than last, McLaren will be hoping the benefits Mercedes power brings outweigh the incremental gains its competition will have doubtless found with their existing packages. 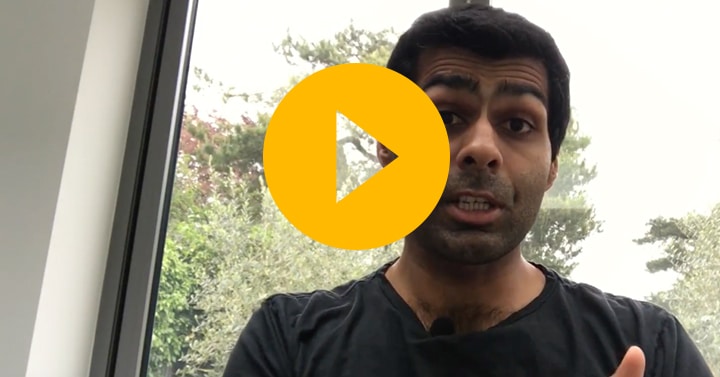 Karun Chandhok's latest post-race insight – the big Barcelona updates, how Lewis Hamilton and Mercedes combined to deny Sebastian Vettel and Ferrari, and why this is shaping up to be…