“The key to qualifying,” said Valtteri Bottas on Friday, “is going to be getting the heat into the tyres in the right way.”

At the first two races it was something the Finn struggled with. At Imola in particular, his Q1 time would have put him on the second row but in Q3, when it mattered, he couldn’t generate the temperatures and lined up eighth, culminating in his disastrous Sunday.

Some speculated that the banning of the Mercedes DAS system had hurt Bottas in particular, but he was quick to shoot that down. “DAS helped,” he admitted, “but at Imola the problem was rear temperatures and DAS only helps the fronts.”

Portimão was more challenging again. There had been another six months for the resurfaced track to evolve since F1 went there last October and the grip was better, but not by much. Add in its exposed position inland in the Algarve hills, gusting winds, coolish temperatures and the three hardest compounds in Pirellis’s range.

Rhythm and consistency were always going to be tough to achieve and qualifying bore that out. But this time Bottas was on top of it and the satisfaction was evident as he took his 17th pole, just seven thousandths ahead of Mercedes team-mate Lewis Hamilton.

The team referenced Bottas’s hard overnight work on his slowdown lap. “I told you it would pay off!” Valtteri responded.

But, truth told, pole could just as easily have gone to Hamilton or Max Verstappen. 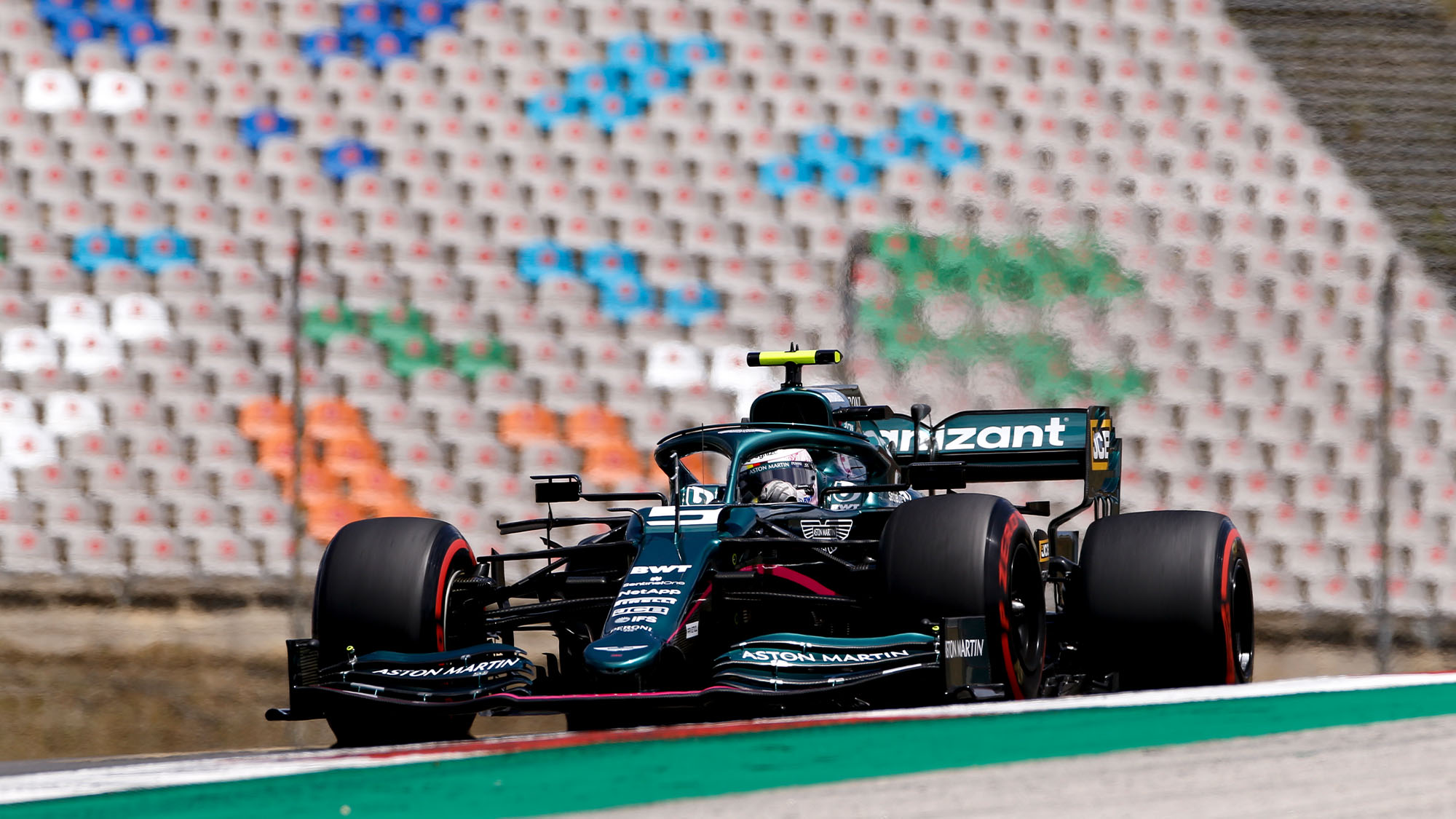 Mercedes looked competitive from the start, especially on the medium compound Pirelli as the lack of grip made it tough to get anything extra out of the soft. It was a phenomenon we’d seen six months ago, when Mercedes actually set their Q3 times on the medium.

It was the quicker tyre again, with Hamilton setting the only sub-1min 18ssec lap of the session (1min 17.968sec) to top the Q2 times, half a second quicker than the similarly shod Bottas.

That certainly got the attention of Max Verstappen and Red Bull, who were the best part of seven tenths away. Max found the best part of half a second in Q3 with a lap that itself would have been good enough for pole had it not been deleted for exceeding track limits. Verstappen’s face was a picture of frustration.

The Mercs did their first Q3 runs on the red-walled soft compound Pirellis and despite being so evenly matched, were almost four tenths shy of Hamilton’s Q2 time. They swapped to mediums for their final runs, but went slower. So Hamilton set the fastest lap of the entire session but starts second, while Verstappen set the fastest Q3 lap but had it wiped out. And Valtteri, as so often on low-grip surfaces, got it done.

Sergio Perez made it an all-Red Bull second row but was never really in the fight. “It was very messy in terms of rhythm and grip and I never really felt on top of the car to be honest,” admitted the Mexican.

Feeling very much the same way was Charles Leclerc, who after lining up fourth in the season’s first two GPs, starts eighth for Ferrari, three slots behind new team-mate Carlos Sainz, who outqualified him for the first time. As at Imola, Ferrari looked sixth to seven tenths shy of the ultimate pace but Sainz was happy with his personal progress.

“I’ve taken a bit of a different approach to braking and corner entry and I think it has paid dividends,” said Carlos, who was just 0.04sec shy of Perez’s second-row time.

And, with something of a quantum leap by Alpine, Esteban Ocon joins the Spaniard on row three, just three thousandths behind the Ferrari. In fact, the Frenchman was another who went quicker in Q2, with a time that would have put him on row two.

When Alpine was ‘best of the rest’ behind Mercedes and Red Bull on Friday, many assumed they were running 25 kilos lighter, but the A521’s pace on the gripless surface was genuine and carried forward to Saturday.

Fernando Alonso had looked right there on the opening day but seemed to go backwards on Saturday and, out in Q2, was bested by his team-mate for the second successive race and left contemplating Sunday afternoon from 13th on the grid.

It was the same story for another high-profile 2021 team-changer: Daniel Ricciardo. In the ballpark on Friday, more comfortable in the car and taking it to Lando Norris, who has impressed so much in the opening races, the Aussie was a figure of total dejection when he went out in Q1! As the track ramped up considerably for the second runs, Daniel locked up, ran wide in T13/14, and that was that…

Lance Stroll was similarly caught out and an equally unexpected Q1 eliminee, leaving it to Sebastian Vettel to fight Aston Martin’s corner. The four-time champion made a much better fist of it this time, getting through to Q3 for the first time since Silverstone 2020, some eight months ago.

“The wind made it tough to get the laps together but I felt more comfortable in the car from the second Q1 run, although I wasn’t that happy with the Q3 lap,” Vettel explained. He starts 10th, almost two tenths behind Pierre Gasly’s Alpha Tauri, which did not look quite the ultra-competitive proposition it did in Bahrain/Imola.

Norris is the remaining top 10 runner and lines up seventh in the first McLaren, behind Ocon’s Alpine and ahead of Leclerc’s Ferrari. Lando’s pace variance perfectly illustrates the moving target that was Portimão throughout qualifying. In Q1 he was second fastest with 1:18.794, a time that would have put him on the second row if he’d repeated it in Q3. But it was not so much a missed opportunity as the same changing conditions that slowed Hamilton.

“Wind, as always” Norris shrugged, “I could maybe have been a couple of places higher but got a bit too close to the Aston on my final Q3 run and had to abort, so I’m reasonably happy.” 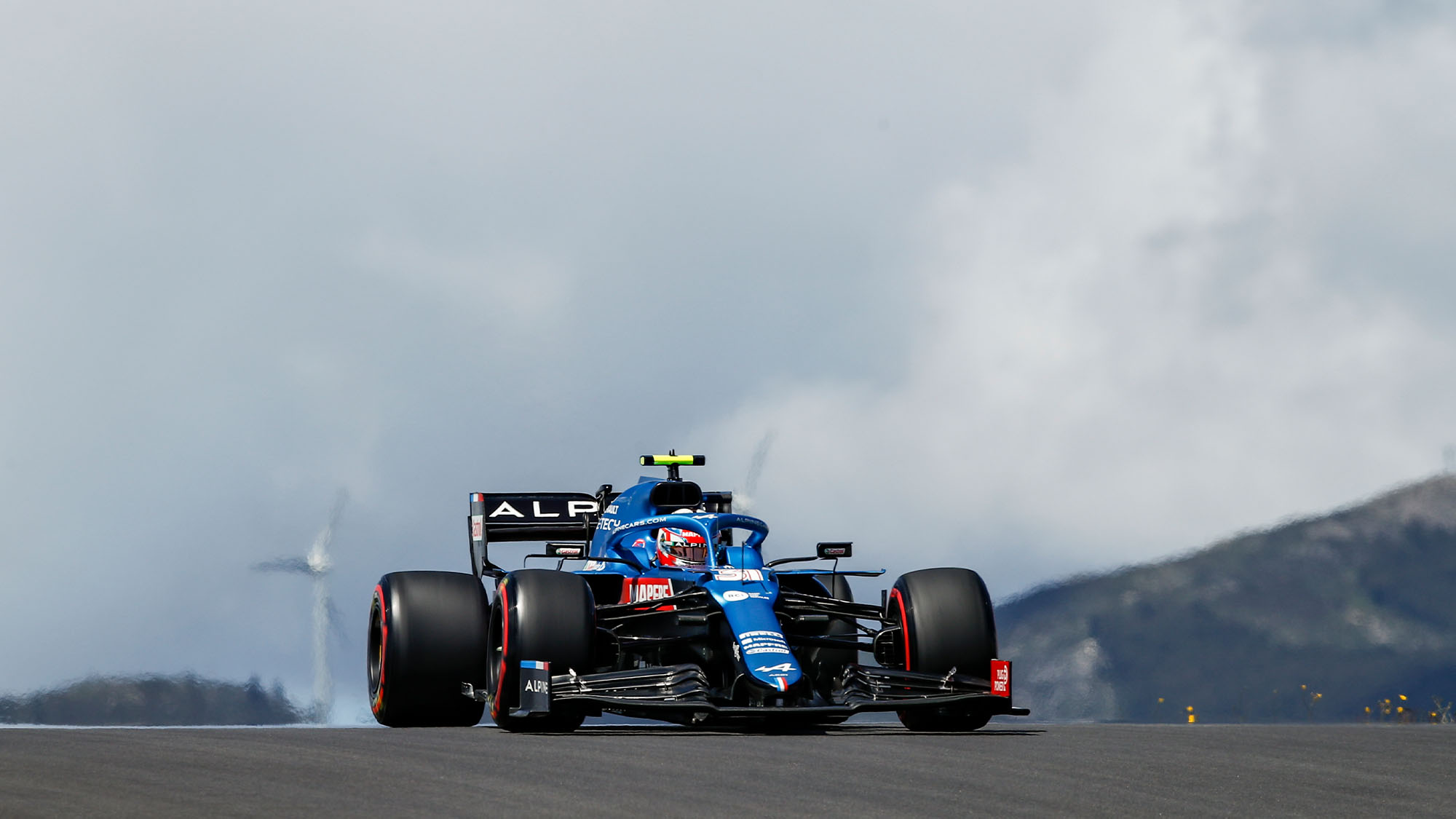 The McLaren and Ocon ahead of him will start the race on the soft compound tyre and, factoring in the importance of tyre warm-up, could be interesting to watch on lap 1, into the likes of the Turn 5 downhill hairpin. You can’t help recall the performance of Sainz and especially Räikkönen on the soft compound on the opening lap last year, when Kimi went from 16th to seventh. That, of course, was assisted by a damp, cold surface that prevented the medium-shod runners getting their tyres in. With no rain forecast, the difference will be nothing like as pronounced this time, but could still be a variable. And with such little degradation, the soft could yet prove to be a decent starting tyre.

Outside of the top 10 – just – spare a thought for George Russell. There is no denying that Williams is headed in the right direction and Russell proved it when he missed out on a spot in Q3 by just five hundredths. But 11th, with freedom of starting tyre, is no bad place to be!

At the front, expect the third episode of the compelling Hamilton/Verstappen fight but with Bottas determined to stake his own claim. The closeness of the scrap had forced small errors from both – Verstappen in Bahrain and Hamilton at Imola, so what does tomorrow hold? Starting P2, on the slippery side of an already gripless surface, could put Lewis on the back foot initially. That may well offer Bottas an opportunity. But I don’t say it with any great confidence!