Sixty-five pole positions from Ayrton Senna was a milestone you suspected would never be matched. Then Michael Schumacher moved it on to 68. But a century of poles from Lewis Hamilton is getting silly. In 270 GP starts…yes, he’s had top cars but he’s also had decent team-mates in them: Alonso, Button, Rosberg, Bottas.

Mercedes may have locked out the front row in eight of the last nine Spanish GPs, but this historic pole was no foregone conclusion. Max Verstappen was an unrepresentative ninth quickest on Friday afternoon but there was no doubting his pace. His ‘push’ lap on the soft tyre was compromised by going too deep into the newly-reprofiled Turn 10. But, to that point, he’d been nip and tuck with Hamilton, who topped the session. Then, on Saturday morning, Verstappen was the first to lap beneath 1min 18secs.

In Q2, Verstappen moved the goalposts, lapping sub-1min 17sec and the Mercs were a couple of tenths adrift. Hamilton went chasing it, looking for some tweaks that might make the difference. But, as soon as he ventured out for qualifying he thought he’d dialled in too much understeer. That helps in sector one at a track where a qualifying lap is all about not hitting the first high-speed sector too hard and killing the tyres for Sector 3.

With the cockpit tools he had, Hamilton brought it back a bit and, with a super-clean lap, nailed a 1min 16.741sec lap that pipped Verstappen by three-hundredths. 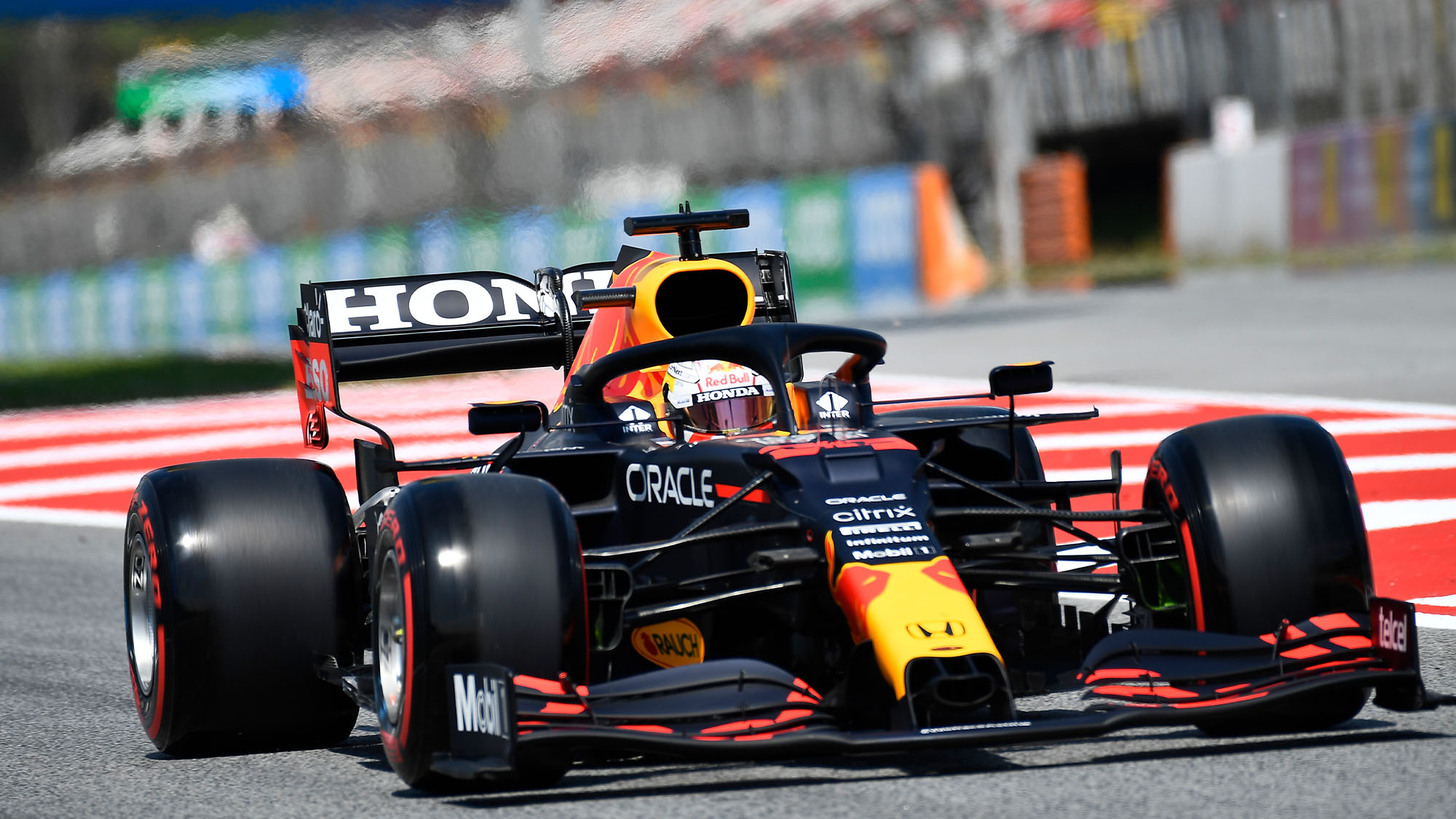 Verstappen was close to Hamilton, coming in 2nd by 0.036sec

Lewis was ecstatic, more like it was a first pole not his 100th and, in a race where the ability to control the pace and manage tyres on an abrasive surface is key, it could prove decisive.

Already, the mind games are starting. Both Hamilton and Bottas are talking about a championship battle that could come down to reliability and lack of mistakes, adding that in the end of season tot-up, even those fastest lap points could be crucial. Max, of course, has already had a win, a pole and a fastest lap wiped about by track limits abuse.

Hamilton has been superb so far this year, but still not error-free. It’s just that he had the great fortune that his biggest one, skating off while lapping Russell at Imola, went unpunished due to the subsequent race stoppage that put him back on the lead lap. Which allowed him to make his way back up to second, so that the faux pas cost him precisely nothing. 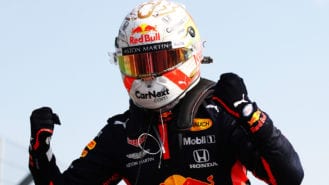 But Verstappen splitting the Mercs and putting a Red Bull on the Barcelona front row for the first time since 2012 means that, unless Max makes a tardy getaway from the slippery side of the grid, Lewis is unlikely to have a rear gunner tomorrow.

Referencing the historic strength of both Mercedes and Hamilton at Barcelona (Lewis’s sixth pole is one behind Schumacher’s circuit record seven), Verstappen was happy with his 0.03sec deficit and happy to be back on a circuit which had ‘proper’ grip. Another titanic scrap is in prospect.

Bottas may or may not be a part of it. His race pace has looked a little suspect thus far this year but there was nothing wrong with his single-lap pace in Barcelona. He broke the timing beam a tenth behind Verstappen and was left grimacing.

“That was close…” he said. “It was gusty and the first Q3 runs were quicker. I had a snap going into Turn 10 which cost me a tenth, and that was the difference.”

You can’t think of too many sportsmen with the talent of Charles Leclerc who are quite as self-depracating! Talking about Portimão, he said: “In the race I finally managed to drive properly. In qualifying, in conditions like that (windy and highly unpredictable) I shouldn’t push the car to the maximum straight from FP1. I did that, struggled, and never had any good confidence or references. In such conditions, I need to change my approach.” 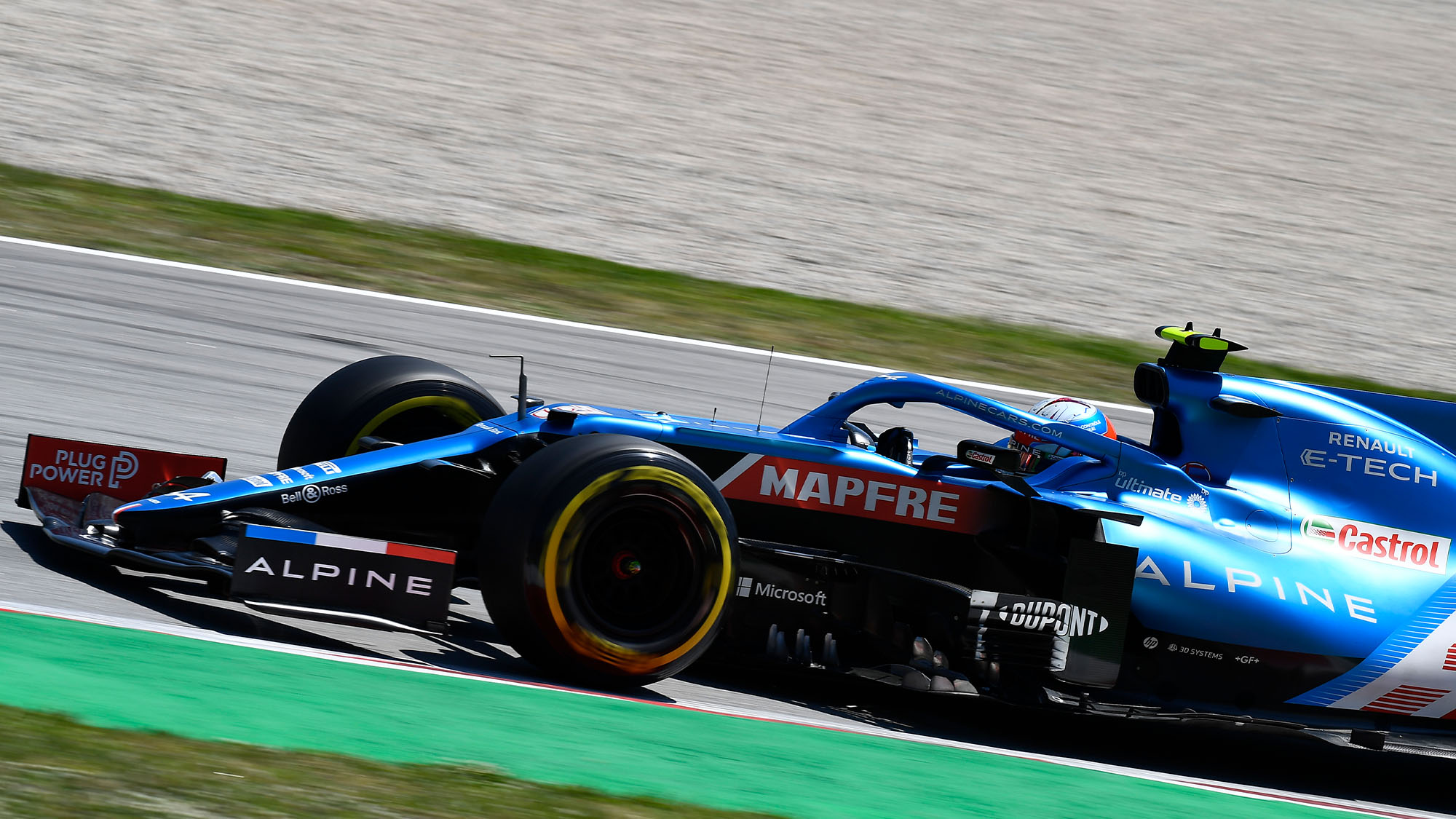 Well, there was a bit of wind in Spain, and even if it wasn’t quite Portugal-spec, Leclerc wasn’t exactly circumspect. He was quicker than home hero Carlos Sainz in every practice and qualifying session bar Q2 and starts fourth for the third time in four 2021 races.

The gap to the ultimate Mercedes/Red Bull pace on a circuit that is often a good seasonal barometer of car performance given its technical nature and variety of low/medium/high-speed corners, was a fairly substantial three-quarters of a second but Maranello will be happy to once again be at the front of the super-tight midfield battle.

Leclerc was just over a tenth in front of his 6th-placed team-mate. Splitting them for Alpine, was a stand-out performance from Esteban Ocon, who outqualified Fernando Alonso for the third consecutive race. More impressive than that was the margin – 0.56sec as Alonso got the second blue car through to Q3 by the narrowest of margins – a hundredth quicker than Lance Stroll’s Aston Martin and two hundredths clear of Pierre Gasly’s AlphaTauri! 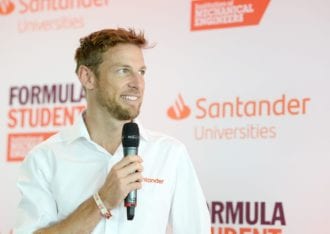 In Q1, Ocon and Alonso set times identical to the last thousandth but Fernando needed a second set of softs to ensure his progression. He paid for that in Q3 with a messy ‘out’ lap on his only remaining set of fresh rubber.

Alonso was another critical of his own performance in Portuguese qualifying, “It just wasn’t good enough without a clear explanation,” he admitted.

And, doubtless, a man not used to being bested in the same car, he’ll be dissatisfied once again. His Portuguese race though, was pure, relentless Alonso with Ocon admitting that had it been a lap longer, he’d have been in trouble. You can bet that Fernando’s immediate mission will be to overturn the five-place gap between them at the start of his home GP!

Lando Norris seemed to have taken out a mortgage on 7th place on the grid in 2021 but in Spain it is team-mate Daniel Ricciardo’s turn to start there, pipped by Sainz’s Ferrari by just 0.002sec.

Ricciardo is gradually getting more comfortable in the McLaren but the team did not have a trouble-free qualifying. Jockeying for position, Daniel did not quite get across the line for his final Q2 run – shades of Monza a couple of years ago – and, with a time just over a tenth from Leclerc’s 4th-placed Ferrari, was left wondering what might have been. 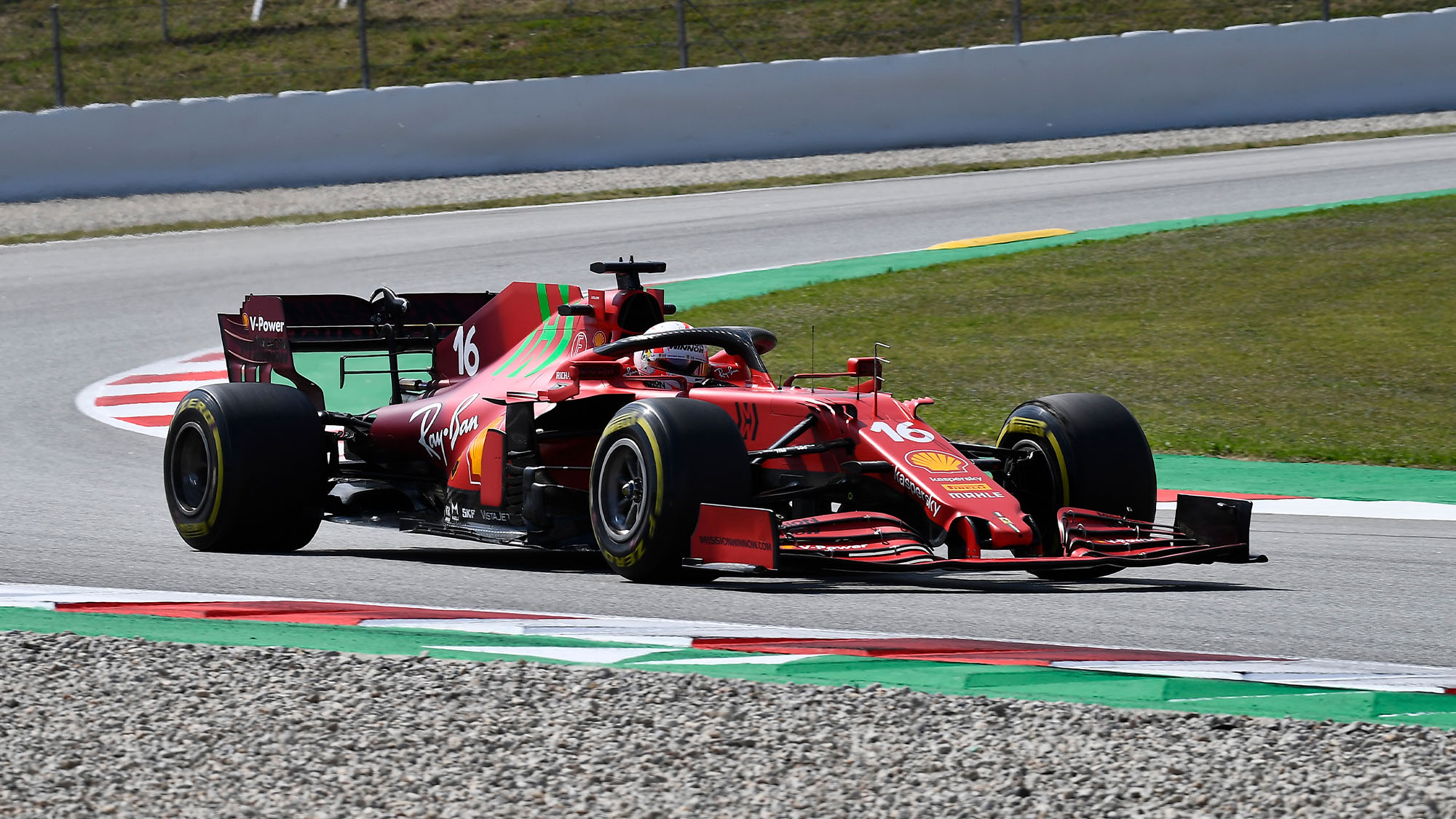 So too, was Lando Norris, who was quickest of all in Q1 and faster than Ricciardo in Q2 but slower in Q3 after running wide over a kerb and lightly damaging the MCL35. “My worst qualifying session of the year,” he admitted. “There was definitely more pace in the car.”

Norris starts 9th behind another man who endured a disappointing session: Sergio Perez. Red Bull has been working on cockpit comfort for the Mexican but Perez still found himself afflicted by shoulder pain throughout qualifying, which probably contributed to a Turn 13 spin on his first Q3.

“I never felt 100% physically and it was a limitation,” Perez said. In Q1 he was only a tenth shy of Verstappen but struggled thereafter. Eighth is not where the team would like him to be and with just two tenths separating 4th and 8th, it may not be the work of a moment to work his way through the pack tomorrow.

Barcelona races can sometimes be a cure for insomnia but, somehow, you have a feeling that tomorrow’s will be anything but!