When the first Grand Prix of the year made it clear just how close the F1 championship battle would be, nobody realised just how controversial the season would turn out to be.

Clashes between Max Verstappen and Lewis Hamilton have shaped the title race, and there’s no end in sight, despite the penalties continuing to flow.

Instead of setting boundaries, the stewards’ investigations only seem to muddy the waters.

Faced with an almost impossible task of ensuring a clean championship fight, current race director Michael Masi might despair at his situation – in stark contrast to his predecessor.

A nominee for this year’s Motor Sport Hall of Fame, Charlie Whiting commanded the utmost respect from drivers and team personnel alike. His presence was felt from paddock to the gantry and everywhere in between, a watching eye cast over the competitors.

There would rarely be a lasting outcry after decisions had been handed out; a few high-profile tantrums over a team radio but no bitterness that dragged on race after race after race.

While it’s the race stewards that are tasked with refereeing the races live, the race director serves as the overseer of it all and Whiting was a firm but fair headmaster. 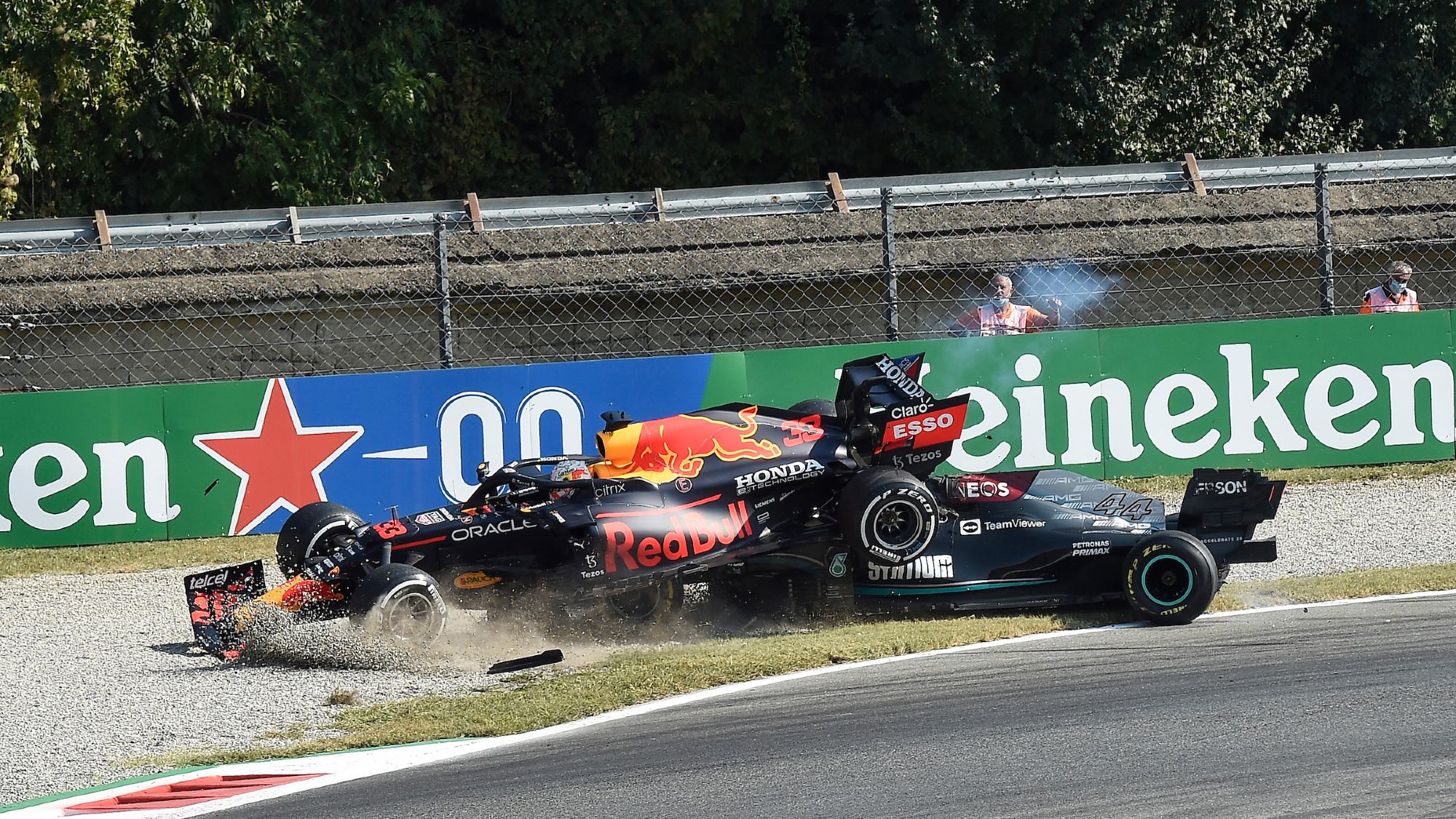 And nowhere was his talent better displayed than with an even younger Verstappen, whose early years in F1 were littered with controversial defences that caught the attention of his competitors, causing headaches for stewards, just as he did in Brazil.

In 2016, it was clear that Verstappen had the raw talent to fight for a championship, but his aggressive late-braking defences and changes of line earned criticism from veterans like Kimi Räikkönen, Sebastian Vettel, Fernando Alonso and Hamilton.

But instead of a string of penalties, came Whiting’s light-touch — but firm intervention.

The matter was resolved in his pre-race notes ahead of the United States Grand Prix, which set outing no uncertain terms what was and was not illegal.

The notes said “no car may be driven in a manner which could be potentially dangerous to other drivers…furthermore, Article 27.8 prohibits any manoeuvre liable to hinder other drivers, such as any abnormal change of direction. With this in mind, and with the exception of any move permitted by Article 27.6, any change of direction under braking which results in another driver having to take evasive action will be considered abnormal and hence potentially dangerous to other drivers. Any such move will be reported to the stewards.”

Contrast that with the situation after Verstappen’s off-track defence of Hamilton in Brazil that resulted in no action. The sheer volume of penalties imposed this year has led to an interpretation that if a penalty is not applied then the behaviour must be legal.

That’s exactly what Mercedes boss Toto Wolff concluded. “What it says is you can just launch yourself into a corner and drag the other car out of line,” he said after a review of the stewards’ decision was rejected.

Where penalties were imposed by Whiting, he was clear in his explanation. Verstappen did get a time penalty at the 2018 Japanese Grand Prix when he blocked Räikkönen illegally.

“It was quite clearly a penalty because Max went off the track and rejoined the track unsafely,” Whiting assessed after the Suzuka incident.

Drivers might wish for similar clarity from Masi, whose approach has been far more hands-off. The reappearance of the black and white flag for Verstappen in Brazil a similarly non-committal approach last seen during Charles Leclerc’s controversial squeezing out of Hamilton during the 2019 Italian GP at the Della Roggia chicane.

He might have the title battle and theatrics of the race in mind, and insist that the rules are clear, but several drivers on the ’21 grid insist they are not.

Sadly, Masi is unable to seek advice from the master. Whiting suffered a pulmonary embolism in Melbourne, just before the first Grand Prix of the 2019 season, leaving Masi to step into his shoes after just a single season as Whiting’s deputy.

Could Whiting have brought a measure of calm to the on-track title battle, and clarity to the regulations?

It’s impossible to know in such a hard-fought championship fight, but his enormous contribution to the sport, in managing the racing spectacle and leading safety improvements is marked by his nomination to the Motor Sport Hall of Fame.

It’s up to readers to decide whether he should join racing’s legends. Vote below to make your choices.