It almost didn’t happen. Angered by its disqualification from the lead of the supporting 12-hour sports car race, which started at midnight, Ferrari threatened to take its ball home and boycott the GP. 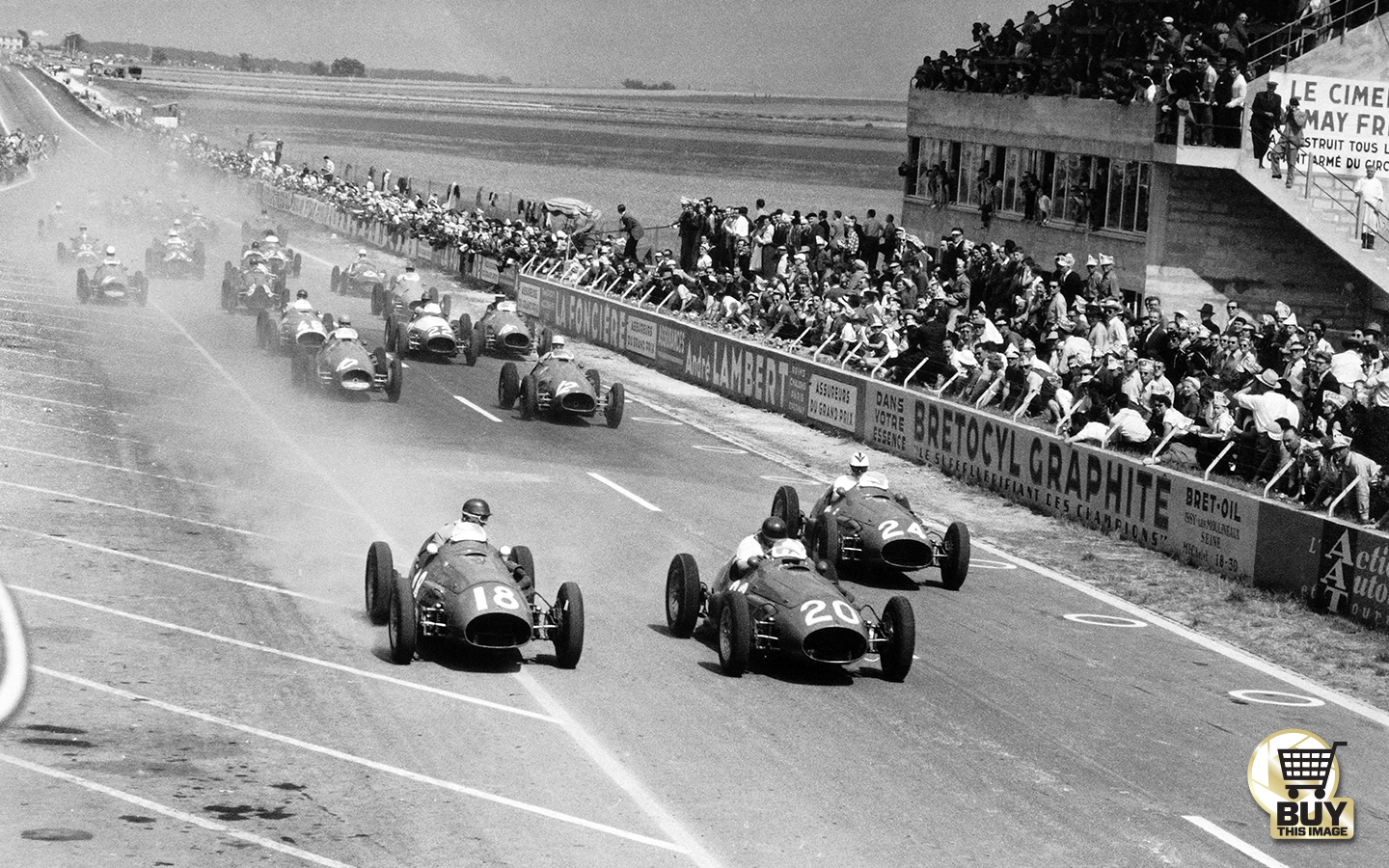 Given that it had won 10 on the bounce, however, and that its reigning champion Alberto Ascari had registered yet another pole, it realised that this would be cutting off its nose to spite its face.

Maserati, in contrast, was champing at the bit, having continued to narrow the performance gap to its Modenese neighbours. Its plan now was to upset Ascari’s preferred rhythm at the front by starting Froilán González on half-tanks. The ruse might have worked, too, but for a mid-race spurt by team leader Juan Fangio, who also dragged along the Ferraris of Ascari, Luigi Villoresi, Giuseppe Farina and Mike Hawthorn, plus the Maser of his protégé Onofré Marimón. It was into the middle of this frantic slipstreaming scrap that González plopped.

The Maserati held the edge in terms of acceleration, whereas the Ferrari was better on the brakes. This led to a high-speed game of cat-and-mouse that nobody expected the inexperienced Hawthorn to win. Yet the young Englishman, 24, more comfortable than Ascari in the hurly-burly, took the fight to Fangio, the pair of them passing and repassing. On lap 58 (of 60), they crossed the line in a dead heat, as did Ascari and González a few lengths behind.

Hawthorn braked desperately late for the final corner yet also managed a good exit, and although the battling Maseratis drew closer on the long straight run to the flag – Ascari had been dropped by three seconds – he held on to score a remarkable victory by a single second. PF