Fear of tyre failures is nothing new. But if modern Formula 1 drivers were prepared to boycott after the troubles at the British GP this July past, what would they make of those at Monza 57 years ago? 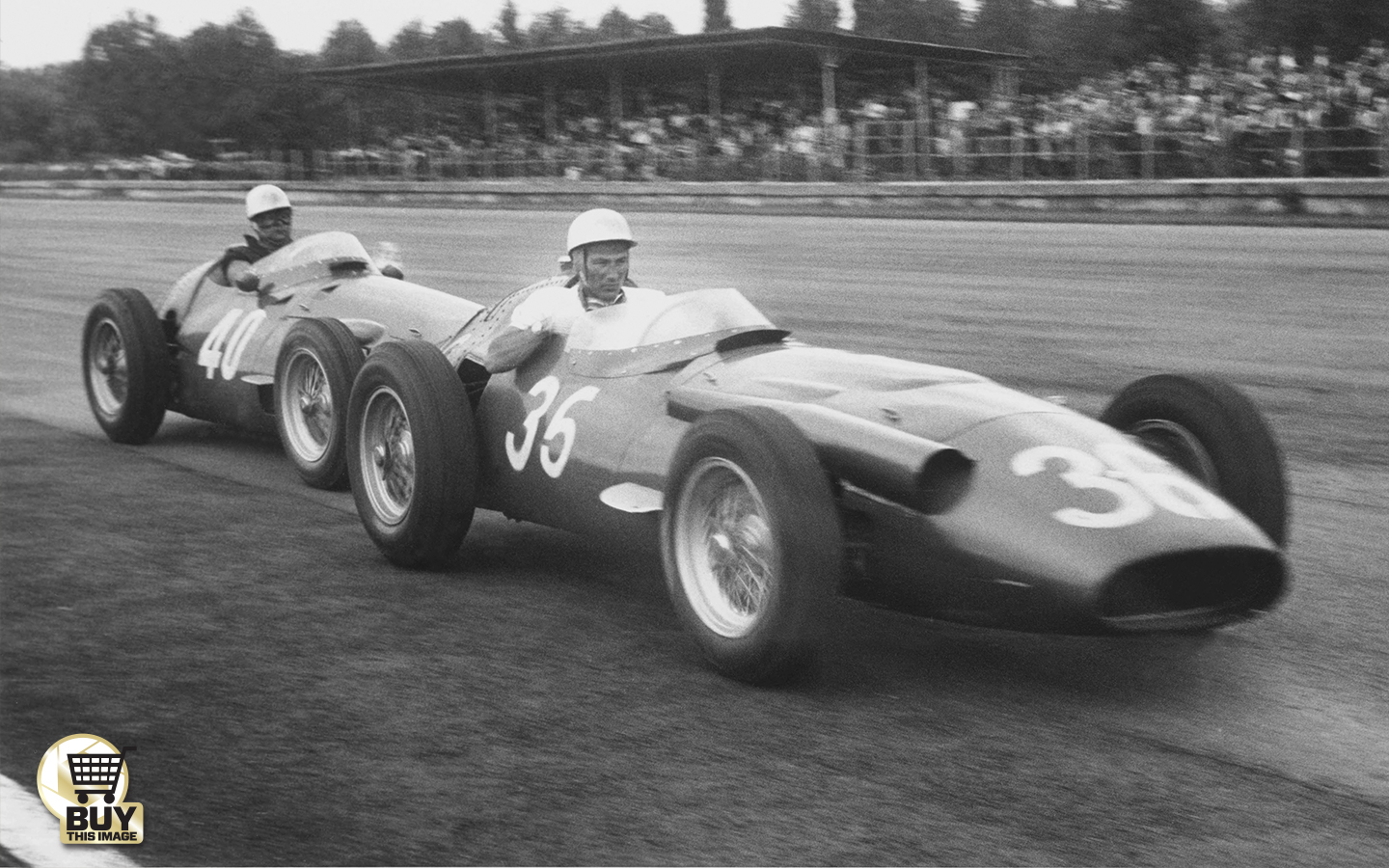 This wasn’t just flat-out Monza, remember – this was Monza complete with the rough, rubber-shredding banking. So much about the race that was officially called the Gran Premio d’Europa simply couldn’t be countenanced today.

The Lancia-Ferraris were fast but vulnerable on their Engleberts, against the Pirelli-shod Maseratis and the Dunlop-tyred Vanwall of an inspired Harry Schell. Against all reason, Eugenio Castellotti and Luigi Musso ignored Ferrari’s tyre fears and raced hard – until they were forced to stop for new sets. Castellotti would subsequently throw a tread on the banking, walking away from a frightening accident. It wasn’t the only close call that day.

View the 1956 Italian Grand Prix on the Database and Archive

At the front, Moss looked peerless until his 250F faltered, out of fuel thanks to a leak. Maserati privateer Piotti saved the day, thinking quick to run up behind and push Moss’s car pitwards (imagine!). Stirling was back in the race, behind new leader Musso. But then the Lancia-Ferrari suffered a steering arm breakage, the subsequent tyre blow-out sending Luigi into a pits-bound slide. As Jenks reports, “By sheer luck he came to rest a matter of inches from the pit counters and was helped out weak and very shaken, with the Italian GP once more wrested from his grasp.”

Thus Moss took victory from the Lancia-Ferrari of Peter Collins – but now driven by Juan Manuel Fangio. Yes, the ultimate example of F1 as a team sport. The Briton gave up his car for the maestro (Musso wouldn’t have it), allowing his team leader to claim his fourth title. Scandalous? No. Back then, simply sporting and the act of a gentleman. DS 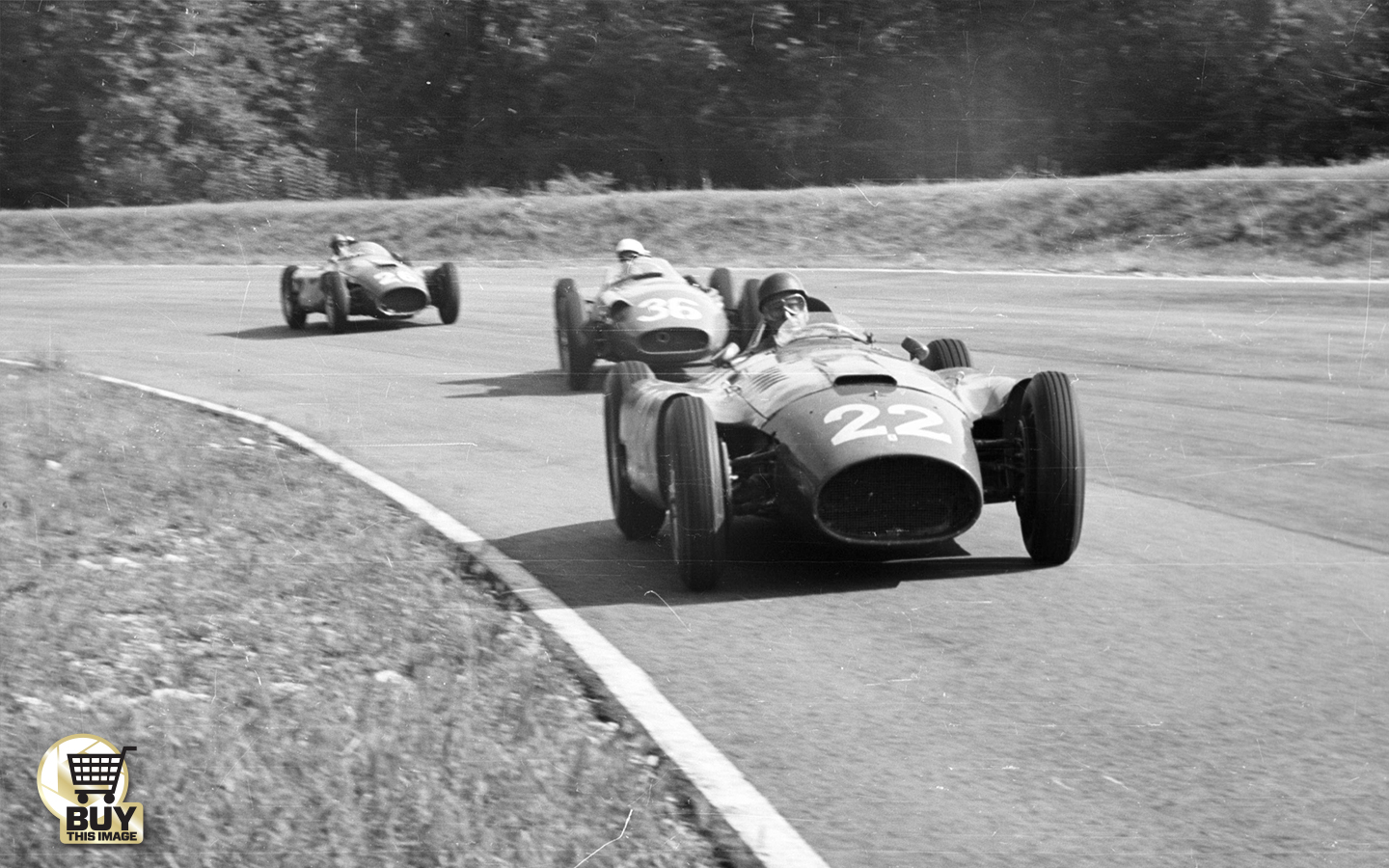