Trailing Sebastian Vettel by 13 points, but with 25 at stake, Fernando Alonso arrived in Brazil on the back foot, but his mission received ‘outside assistance’ within seconds of the start. 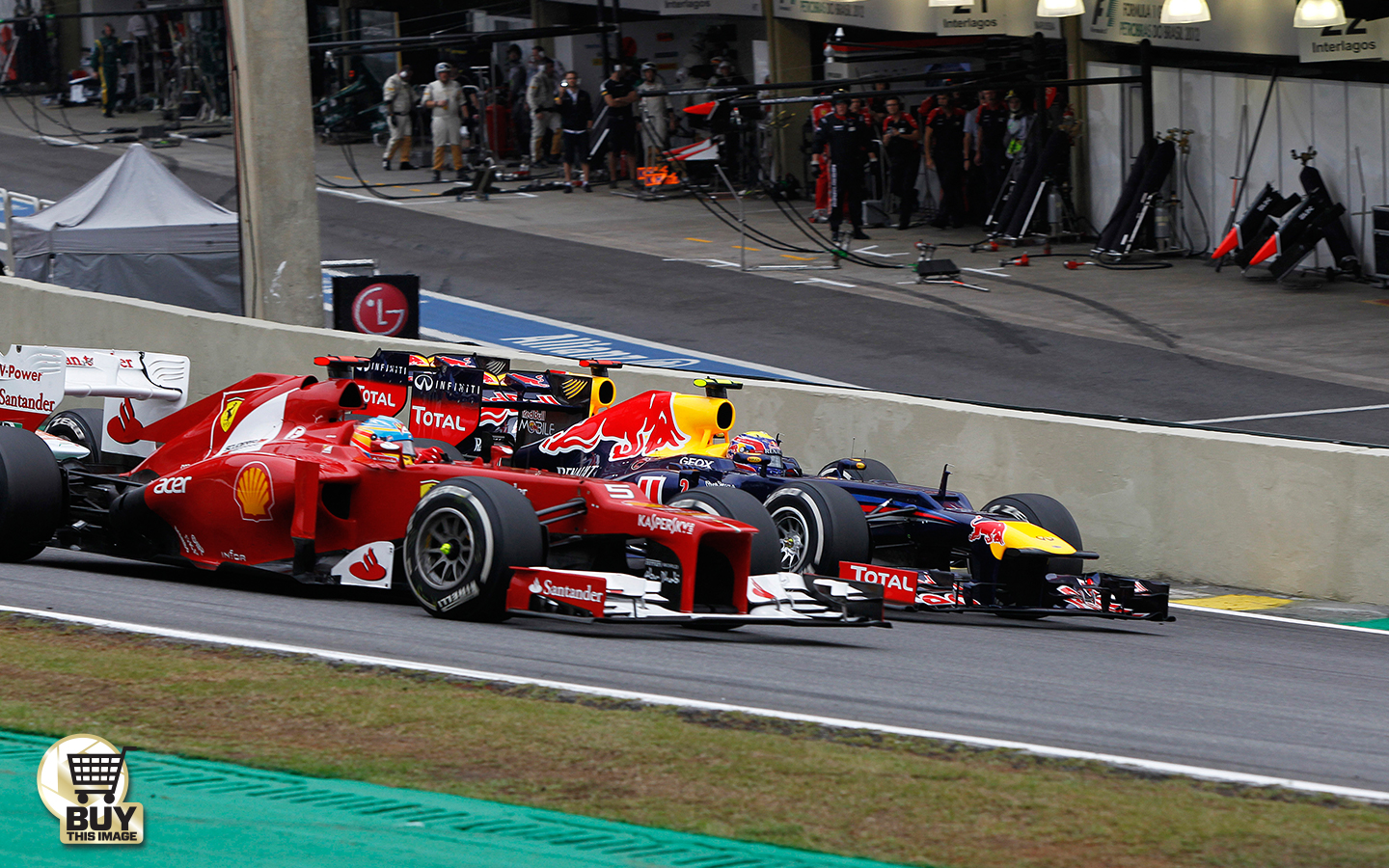 Vettel was chopped by team-mate Mark Webber, dropped to seventh and then spun at Turn Four following contact with Bruno Senna’s Williams. The Red Bull was damaged, but driveable.

Lewis Hamilton led initially, but rain soon hit and triggered a series of tyre stops – although Jenson Button and Nico Hülkenberg stuck with slicks and pulled well clear as the track dried. Hülkenberg led when the safety car was deployed on lap 23, because of track debris.

View the 2012 Brazilian Grand Prix on the Database

When the race resumed the top two headed Hamilton, Alonso and Vettel, who had been flying in the wet (despite iffy aero balance). Hamilton passed Button on lap 31, then led after Hülkenberg half-spun. Back came the German, though, and when it rained again he was quicker… though his efforts to recapture the lead ended in a collision that eliminated Hamilton. Cue a drive-through…

That left Button clear of the Ferraris – and second would be enough for Alonso only if Vettel finished eighth or lower, which never looked likely.

The German partially lost his radio shortly before half-distance: he could hear his crew but not reply. He pitted on lap 52, for mediums, but returned two laps later because of rain. The team wasn’t expecting him, though, and had no intermediates prepared. He remained seventh, though, which became sixth when he passed Michael Schumacher. The title was his. “In terms of stress,” said Red Bull team principal Christian Horner, “I have never known a race quite like it.” SA 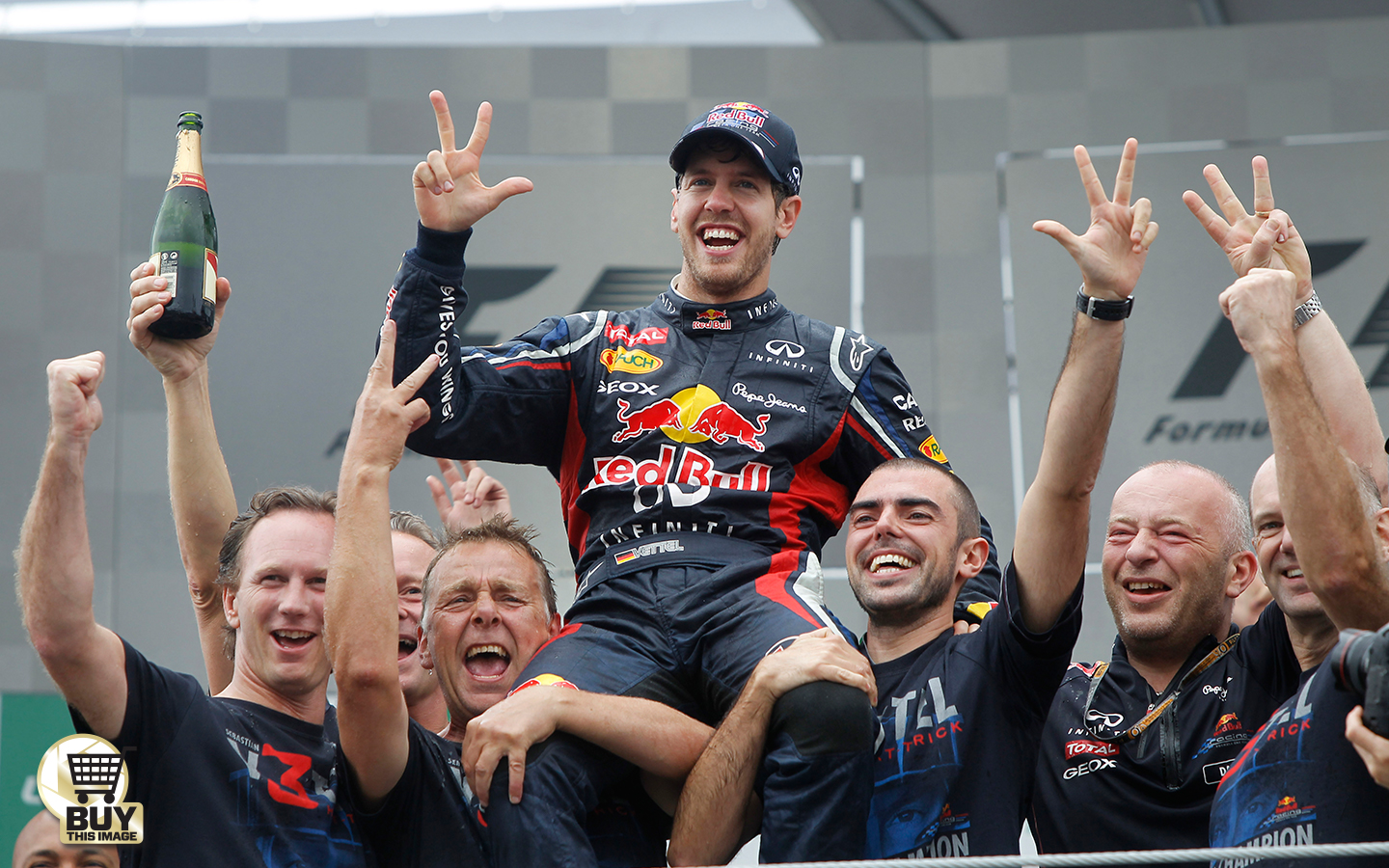