The Nordschleife’s reputation was forged through its hazardous essence and improbable length – but it lies only second in F1’s world championship record books in terms of circuit distance. At 16.055 miles on public roads, Pescara just has the edge. 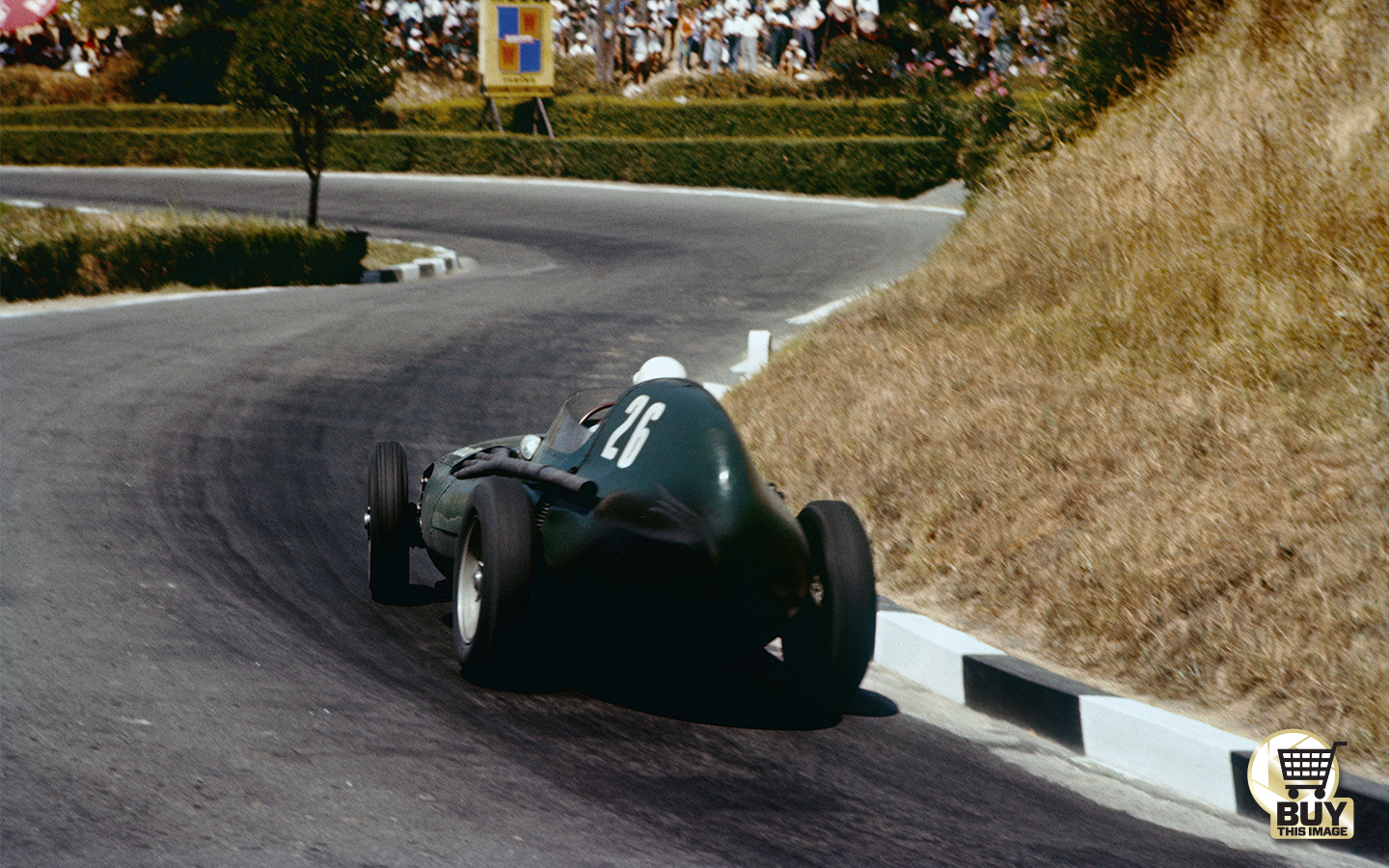 Races had been staged close to the Adriatic town since the 1920s, but it hadn’t featured on the calendar during the world championship’s first seven seasons. In 1957, however, the sport had been forced to recalibrate following the Suez Crisis and motor racing’s governing body needed willing promoters. The Dutch and Belgian GPs had been cancelled at short notice, after the organisers asked participating teams to accept reduced appearance money – a request twice declined. There was a risk that the calendar might be reduced to six Grands Prix – Argentina, Monaco, France, Britain, Germany and Italy – plus the Indy 500, so Pescara was gratefully embraced. It would be the first time two world championship races had taken place in one country during the same season.

Motor Sport contributor Richard Williams wrote a fine book on Pescara ’57, The Last Road Race, and spoke to several participating drivers. “It was fantastic,” Tony Brooks told him, “a real race circuit. To me, Grand Prix racing is road racing and anything less than that is nothing like as rewarding or satisfying. It was a great challenge.”

Jack Brabham was a little less effusive. “I thought it was horrible,” he said. “Those road courses were bloody dangerous and nasty, nearly all of them, and Pescara was the worst.”

The race may have featured a repeated series of laps, as had all such events since the 1906 Grand Prix de l’Automobile Club de France, but the track’s length and character meant it had something of the spirit of bygone city-to-city contests.

1957 Pescara Grand Prix on the Database

Ferrari was effectively absent as a works entity: the Scuderia had been under pressure since that year’s Mille Miglia, when the Alfonso de Portago/Ed Nelson Ferrari 335S left the road, killing its crew and nine spectators. There had since been endless legal complications and Enzo Ferrari saw no purpose in adding another home race to his team’s itinerary. He did, though, loan a car to Luigi Musso, so that the Italian could defend second place in a championship already won by Juan Manuel Fangio. The Argentine was present in one of 10 Maserati 250Fs, with the works Vanwalls and Coopers completing the 16-car entry.

Fangio took pole from Moss, but Musso led initially from the outside of the front row. Moss moved ahead on lap two – and stayed there for the best part of three hours.

The fierce heat swiftly took its toll, Brooks (Vanwall) and Jean Behra (Maserati) retiring with engine failures while Stuart Lewis-Evans (Vanwall) lost time with a couple of tyre failures. Musso remained second until the 10th of the 18 laps, when his engine seized: he’d been leaking oil for a while and created a slick that caused Fangio to spin and damage a wheel.

The champion rejoined after pitting, but Moss continued in a parallel universe and won by more than three minutes as he moved up to second in the points table at Musso’s expense. Such was his control that he had the luxury of being able to pit, on lap 13, for some precautionary oil and, at least as useful, a glass of water… SA 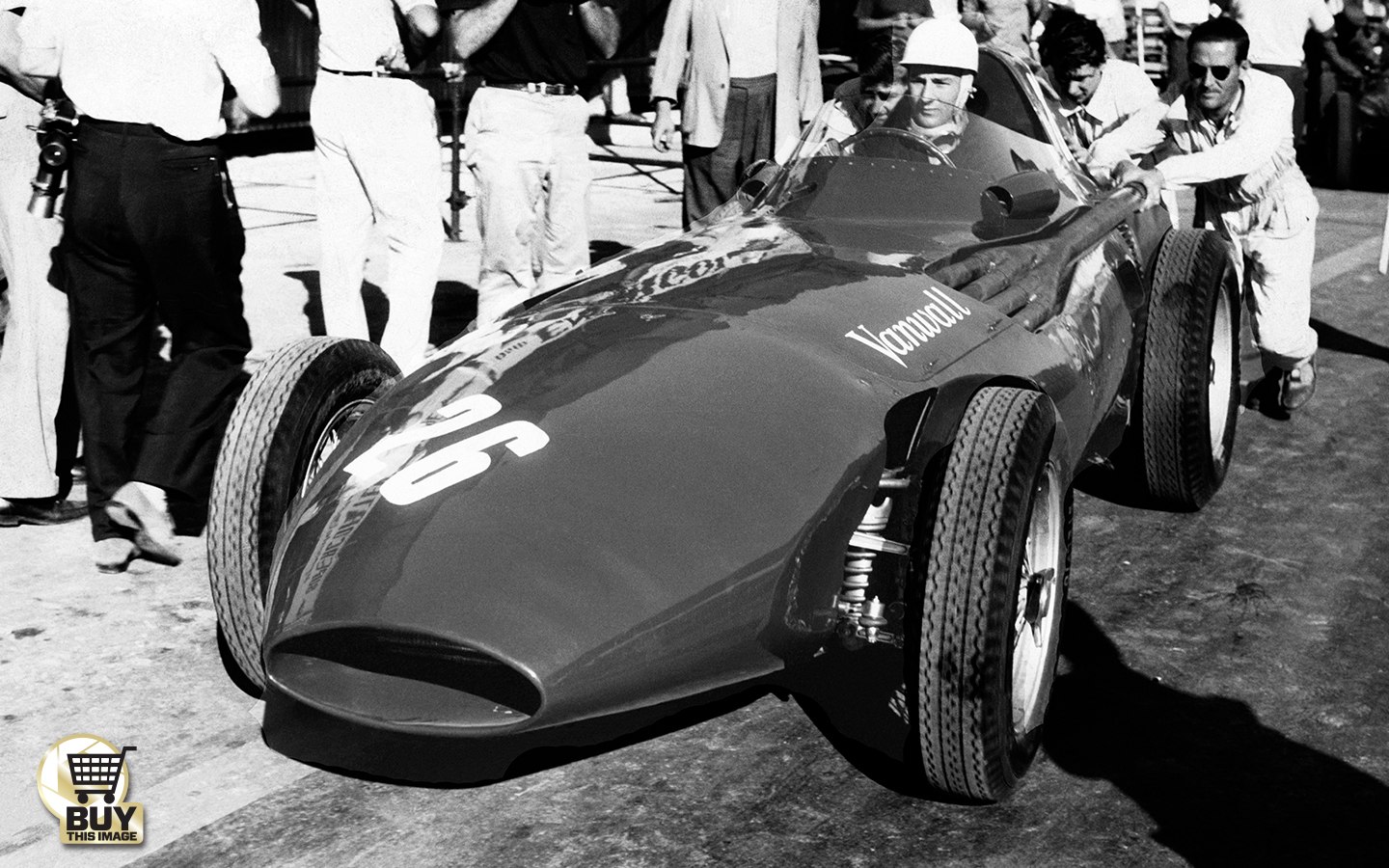