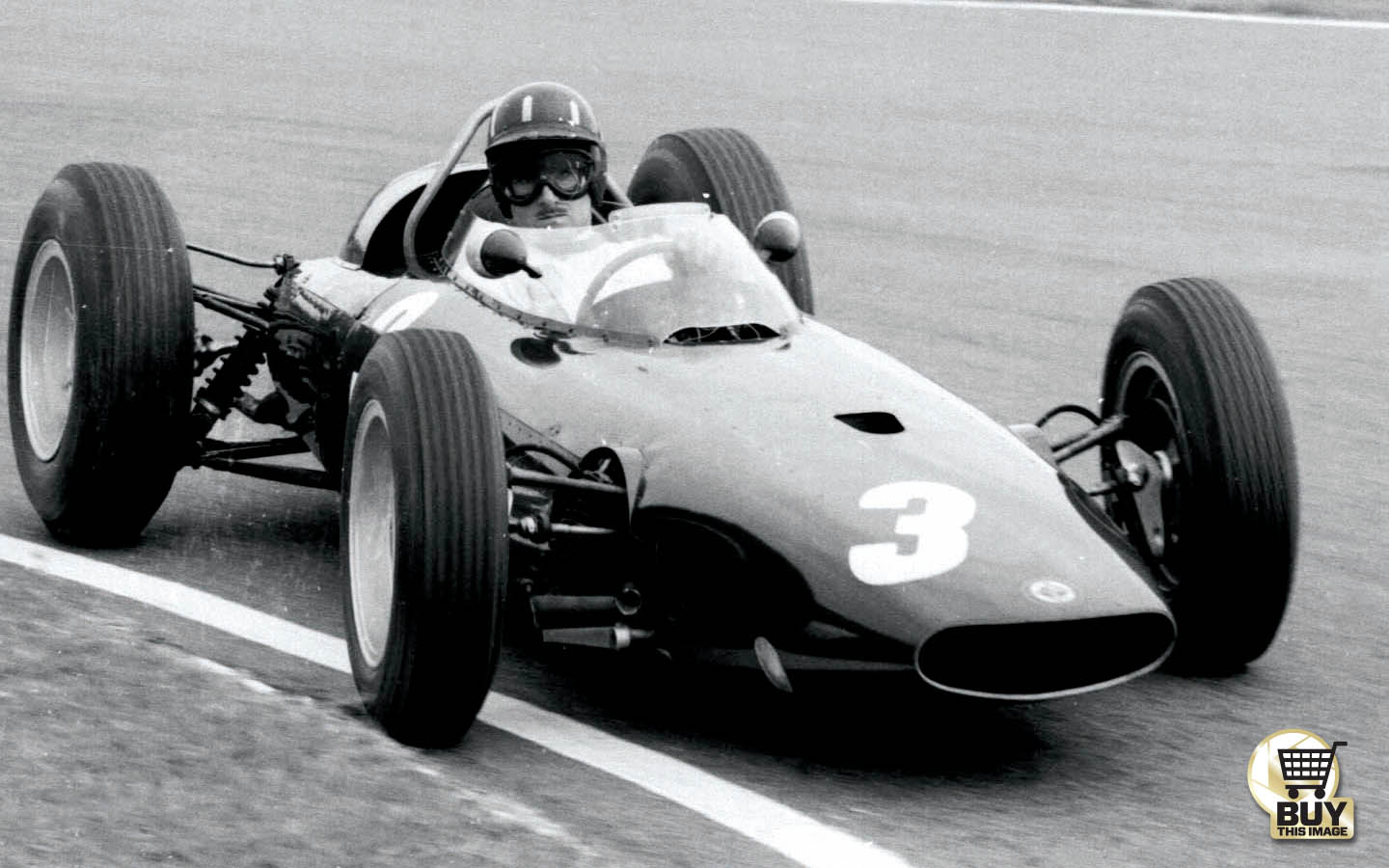 During 1962 Jim Clark and Graham Hill had emerged as Britain’s premier racing talents and their teams – Lotus and BRM respectively – were without doubt the ones to beat.

By the last round at East London each had won three Grands Prix apiece and Hill was ahead on points due to the BRM’s greater finishing record – but only just, due to the system of dropped scores. Whoever won the race would win the title.

Clark started from pole with Hill alongside him and it was the Scot who took the lead on the first lap. From there he built up an unassailable lead of the type F1 would become accustomed to over the next few years. Under the circumstances the unflappable Hill did well to build up a huge lead of his own over the chasing pack – the Coopers of McLaren and Maggs were fighting closely with Jack Brabham – but there was nothing he could do about Clark way up ahead.

The two circulated far apart for 61 laps until the Lotus started to leak oil. Clark stopped and the mechanics found that a locking washer had not been fitted, causing a two-inch bolt to fall out and allow oil to spray over the exhaust. Whatever the result now, Hill would be champion.

The BRM crew couldn’t relax just yet though, as there was still a race to be won and Richie Ginther’s sister car had suffered an engine problem. No such troubles plagued Hill though, and as he crossed the line the demons of BRM’s ’50s mediocrity were exorcised and one of history’s most popular champions was crowned. ACH 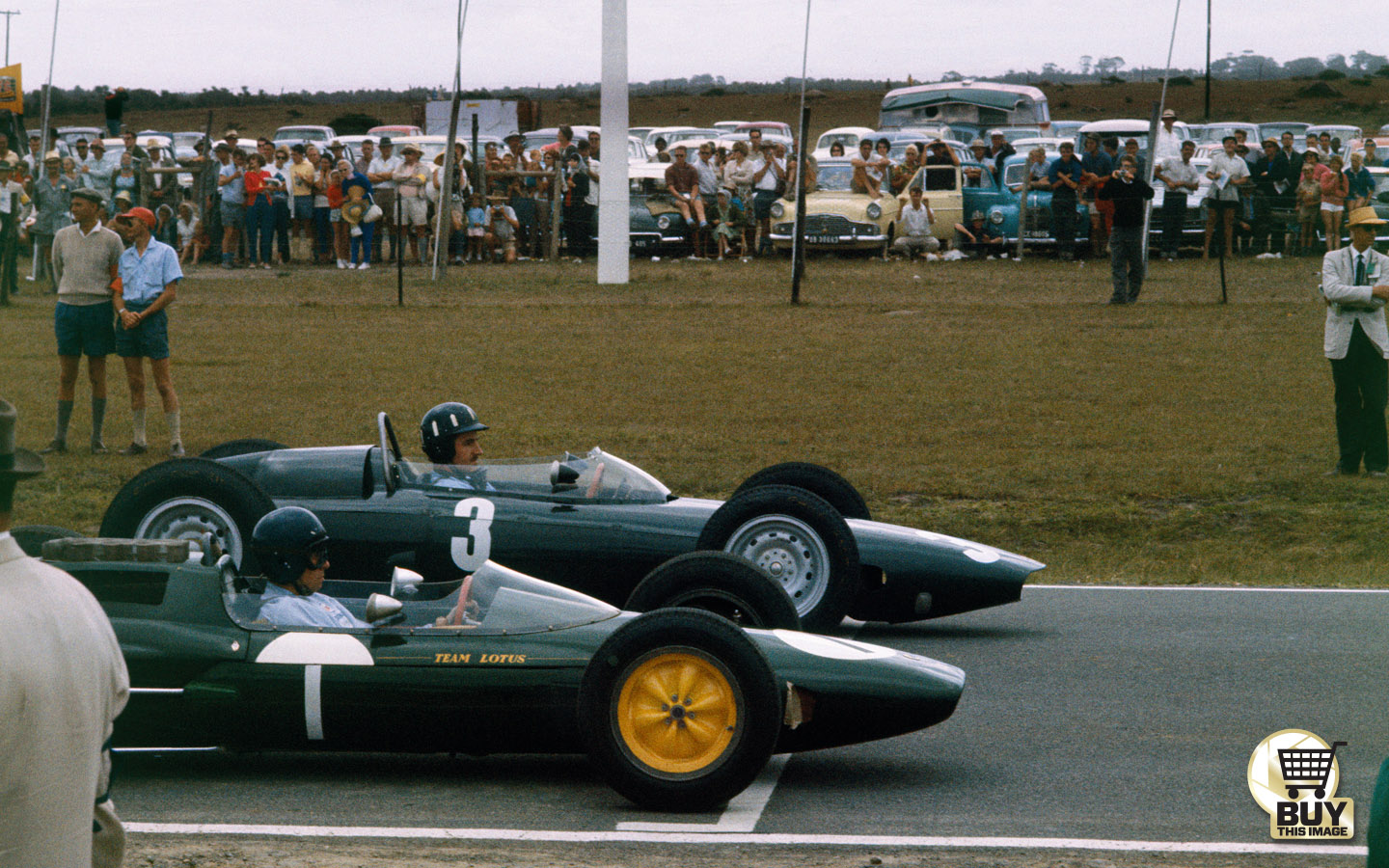