Modern racing is still capable of throwing up surprises now and again, and ground-breaking designs like the DeltaWing still trickle through. But what’s missing is the shock of seeing something truly monstrous take to the circuit for the first time. 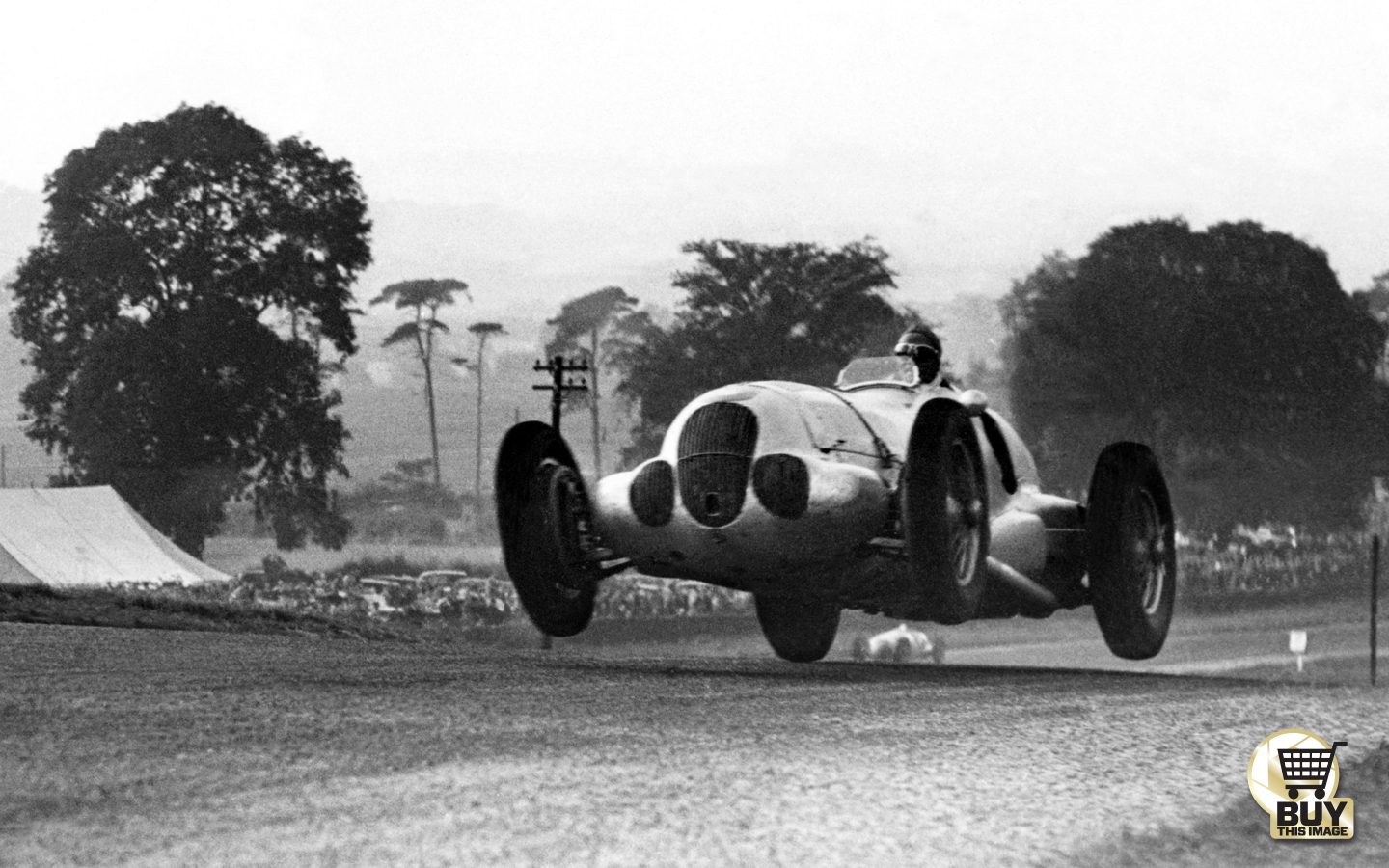 In 1937 that sight is exactly what greeted British fans in the peaceful Leicestershire countryside.

The powerful and mysterious cars driven by highly strung, heroic drivers had been tearing across the Continent for a few years but after practice on their first trip to British shores, there was little doubt of their superiority. Four Mercedes and three Auto Unions filled the first two rows on the grid. The best of the German bunch, Manfred von Brauchitsch, was over 14 seconds quicker than the best of the rest, Prince Bira in his Maserati.

When the race started Lang shot into the lead, followed by Caracciola, von Brauchitsch, Seaman, Rosemeyer, Müller and Hasse. The seven silver cars fought hard, Rosemeyer dispatching Seaman who went off after colliding with Hasse. Von Brauchitsch took the lead as Lang started to suffer from handling problems. He pitted and the mechanics discovered a broken front damper, putting him out of the race. Shortly afterwards a similar problem did for Seaman’s chances, his car having being damaged in the collision.

After the first pitstops the race settled down, but at the front Mercedes’ von Brauchitsch and Auto Union’s Rosemeyer were fighting tooth and nail, sideways out of every corner and tearing away from the chasing pack. When the leader pitted again he was 26sec ahead and Rosemeyer continued at a blazing pace, trying desperately to extend the gap before his second stop.

The 1937 Donington Grand Prix on the Database

He might as well not have bothered – shortly after his stop Von Brauchitsch suffered a tyre failure at over 100mph. He managed to corral the wayward Merc and returned to the pits, but the race was Rosemeyer’s. Tragically it was to be his last, the young prodigy soon losing his life on the autobahn during a speed record attempt.

Five of the German cars finished, taking up the top five spots. The only other classified finisher was Prince Bira, although he was two laps down. The English in their ERAs had been hopelessly outclassed, the likes of Earl Howe, Raymond Mays and Arthur Dobson suddenly relegated to the status of also-rans.

Motor sport exists in a bubble, but in the context of history this race could be seen as a dark foreshadowing of the events of two years later. Reports of the time raved about the performance of the Mercedes and Auto Union teams, their organisation and efficiency, reflecting very well on Hitler’s Germany – just as they were supposed to.

But in those more innocent days before the war, all the fans knew was that they had seen a first-class display, and in 1938 the crowds were bigger yet. ACH 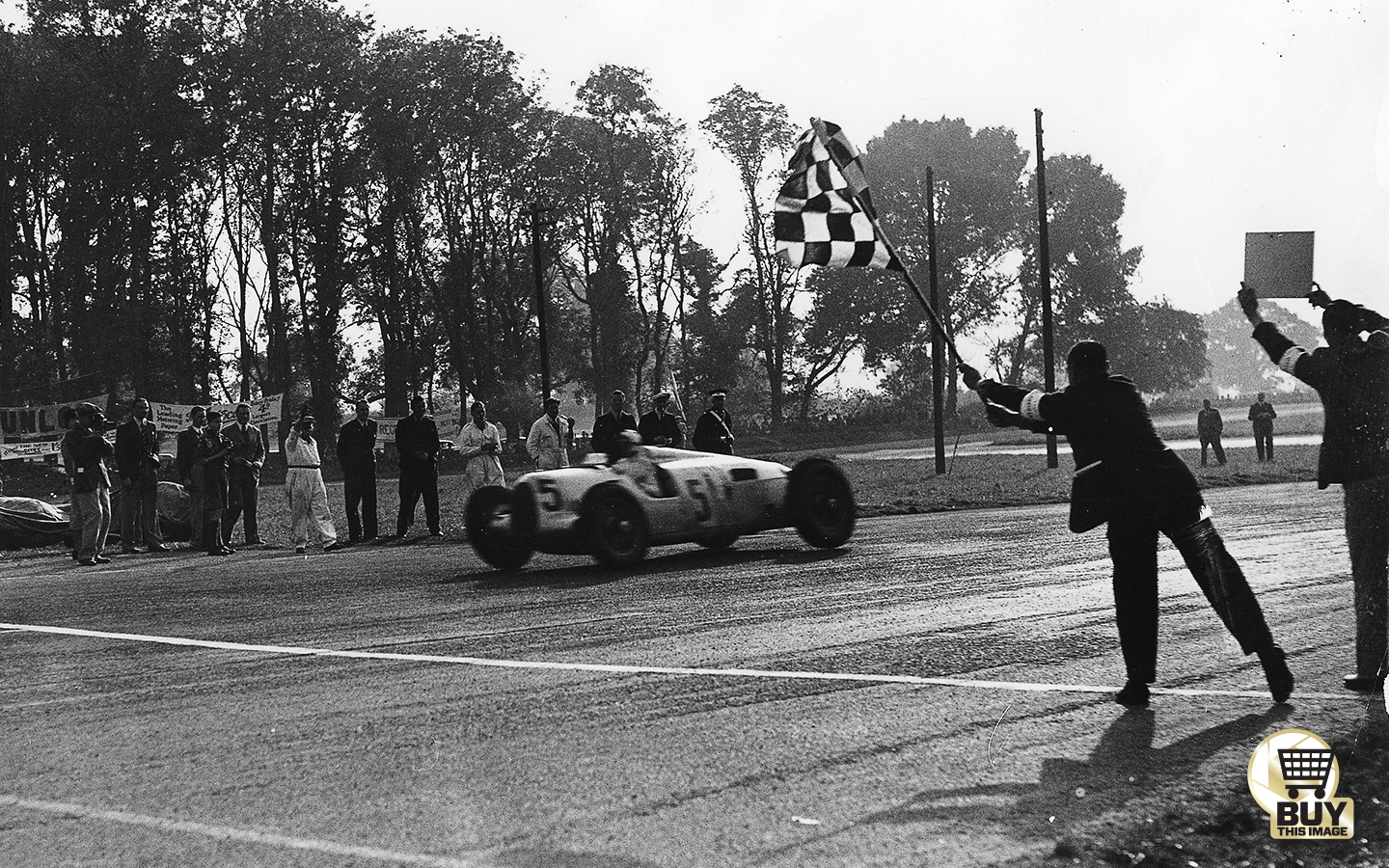