After a second season with Ferrari, Schumacher’s reputation was sky-high. While some could not forgive his title-winning chop on Damon Hill in ’94 he had driven with tenacity in the third-best car and now had a chance to win the title. 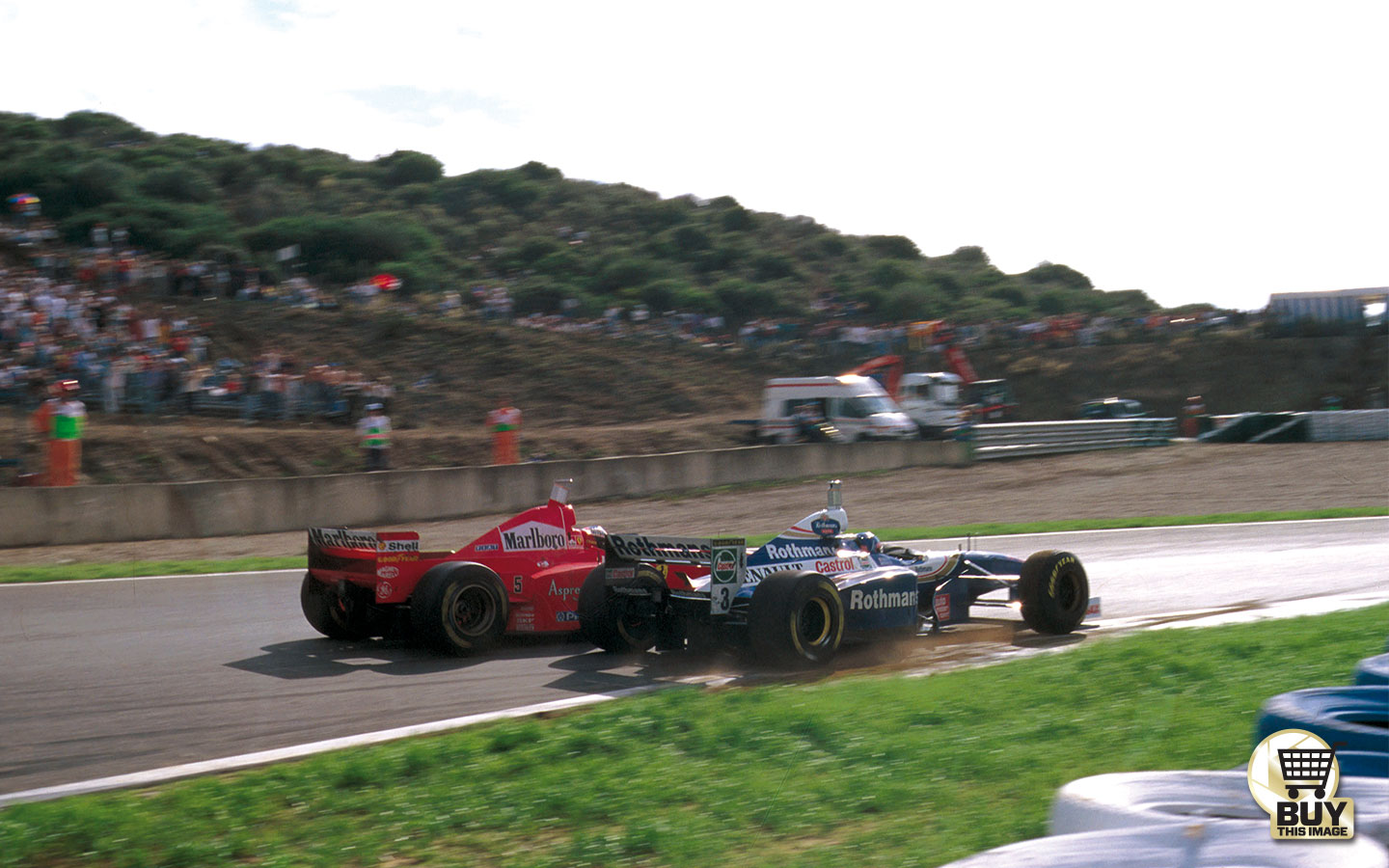 Benetton wasn’t the sole reason for his success. Heading to Jerez for the final round of 1997 Schumacher led Jacques Villeneuve by one point; if he could simply finish ahead of the Williams he would win the title. Villeneuve, Schumacher and Heinz-Harald Frentzen bizarrely all set identical times of 1min 21.072sec during qualifying, but the Canadian would take pole as he had crossed the line first.

Vew this race on the Database

Schumacher seized the initiative with a fine start and led into the first corner, with Frentzen also beating his team-mate. After Williams gave the order to switch positions Villeneuve began to close in on Schumacher until, on lap 48, he was less than a second behind.

At Dry Sack Villeneuve dove down the inside, nosing ahead of the Ferrari. Schumacher hesitated for a moment, as if weighing up his decision before steering into the Williams. The two cars tangled, then separated, Villeneuve gingerly carrying on, Schumacher beached in the gravel, the championship lost.

The FIA stripped him of his place in the standings and although he kept his race results for the year, he lost the respect of many. Not even the best of his generation could get away with that. ACH 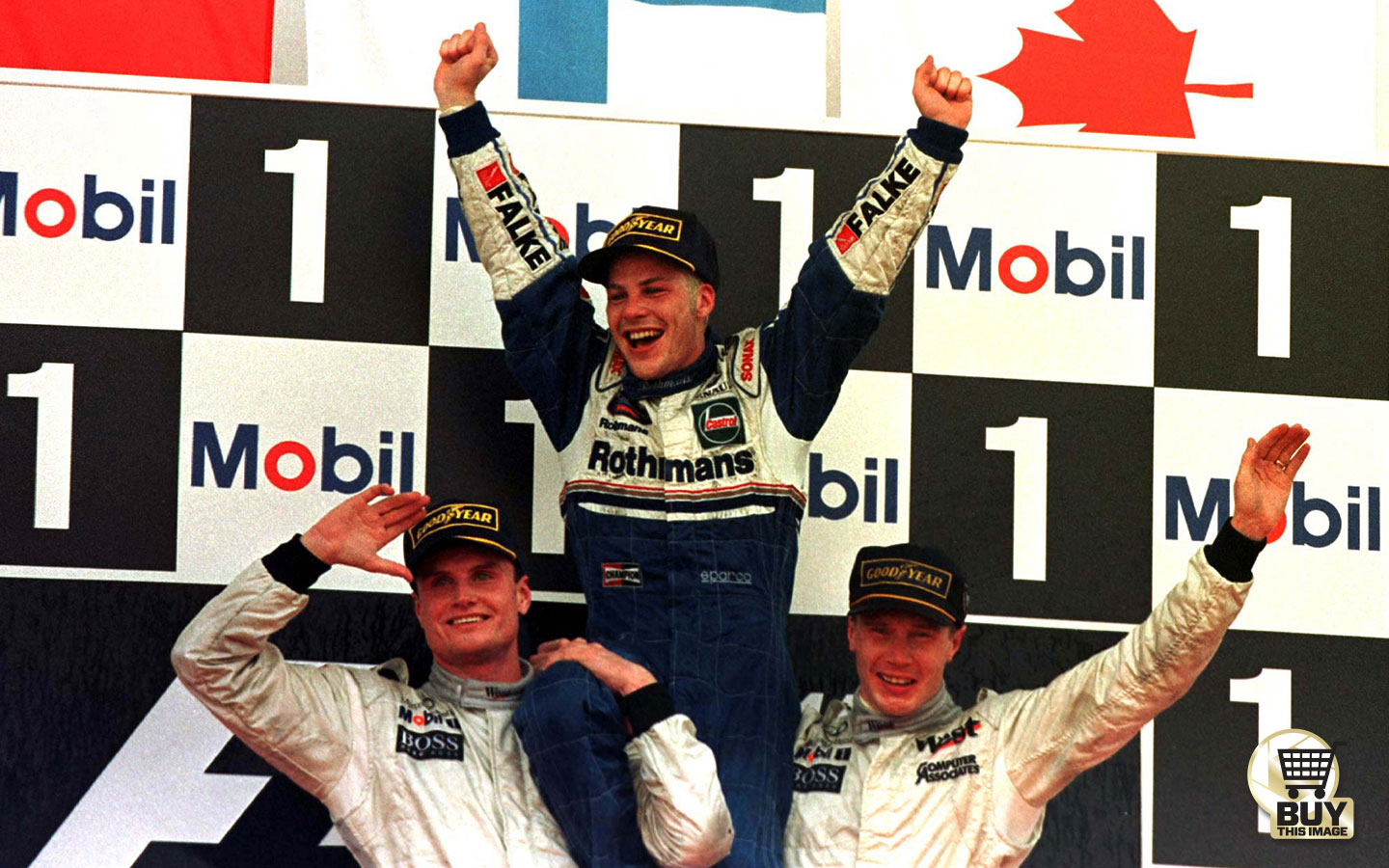