When Michael Schumacher signed for Ferrari for ’96 it looked like his ego had got the better of him. Moving from Benetton, where he was about to win his second title, to a chaotic team that had won two races in five seasons seemed like insanity. 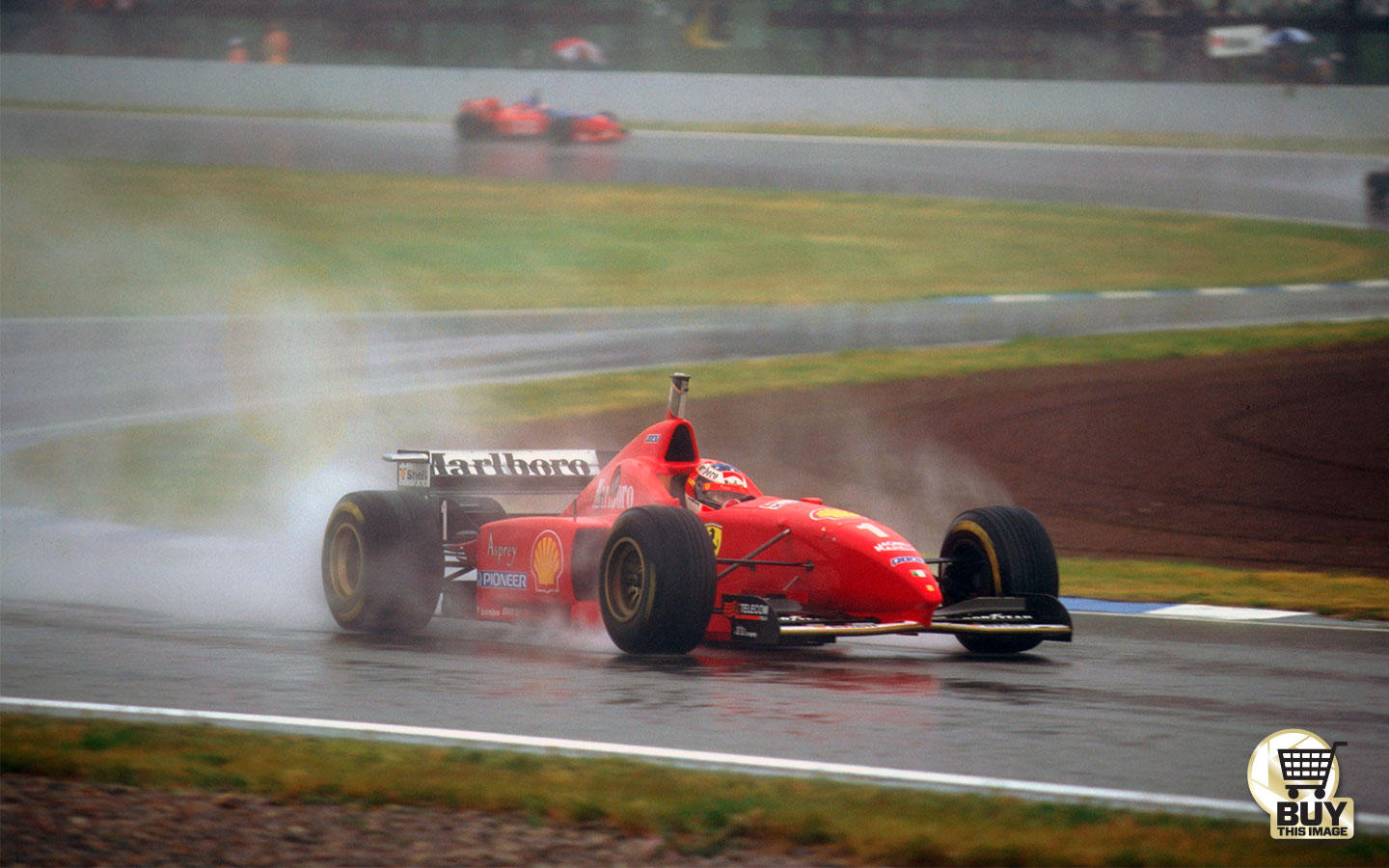 Indeed, events leading up to the Spanish round were hit and miss. Three podiums were followed by a lap-one crash at Monaco after starting from pole, and at Catalunya he started third, a second slower than polesitter Hill in the Williams.

Then, on race day, it poured. Villeneuve sped off into the lead as Hill and Schumacher floundered in the wet, but by lap 12 the German had caught and passed the Canadian. As Hill spun into the pitwall and out of the race, Schumacher set about building an insurmountable lead. He was in a class of his own, lapping up to three seconds faster than his rivals and finishing with a 45-second advantage.

View the race on the Database

On the podium the driver many fans saw as a robot jumped for joy and embraced team boss Jean Todt. With all that came afterwards it is easy to forget that Schumacher’s early days with Ferrari helped rehabilitate his public image. No longer the dominant force in F1, he became the willing underdog, dragging a weary team back into contention.

Stirling Moss, who was never a fan of Schumacher’s, remarked: “That was not a race. It was a demonstration of brilliance.” ACH 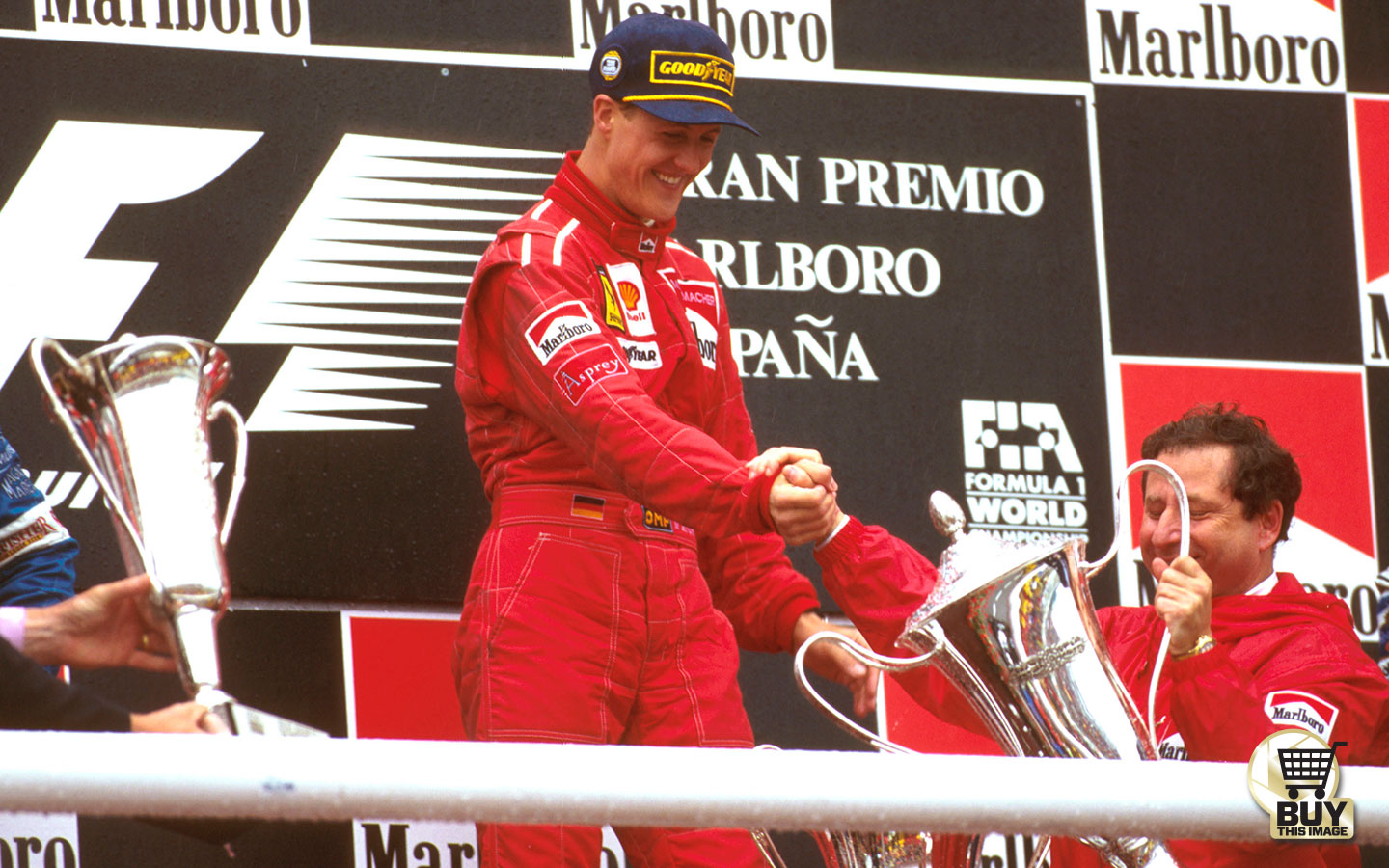