By 1932 Tazio Nuvolari was confirmed as Italy’s finest racer and had won six Grands Prix that year for Alfa Romeo. But at Marseille the ‘great little man’ suffered a rare lapse in judgement.

At around the halfway point of the race, believing his lead to be unassailable, Nuvolari pitted. It was a leisurely stop, his mechanics topping up fuel and changing spark plugs and tyres while he took a drink. Unbeknownst to any of them, the privately entered Alfa of Raymond Sommer was not far behind. The Frenchman had made his name earlier that year by driving for 20 hours en route to victory at Le Mans, but had yet to score a Grand Prix win in his young career.

After three minutes in the pits, Nuvolari set off again with the quick-stopping Sommer just ahead. Still thinking the race was all but over and that he was a lap to the good, Nuvolari watched Sommer speed off into the distance gaining five seconds each tour, already a lap ahead. The Italian ignored pit signals for some time before stopping to find out “what was the cause of all the bother”. Tearing away from the pits, now fully aware of his situation, he set a record-breaking pace in his pursuit, but his tyres could not keep up and a puncture ended his chance of victory.

Lost in all the excitement was a fine third-place finish for Guy Moll driving an ageing Bugatti in his first Continental race; such was the pace of the Alfa duo he finished four laps behind. ACH 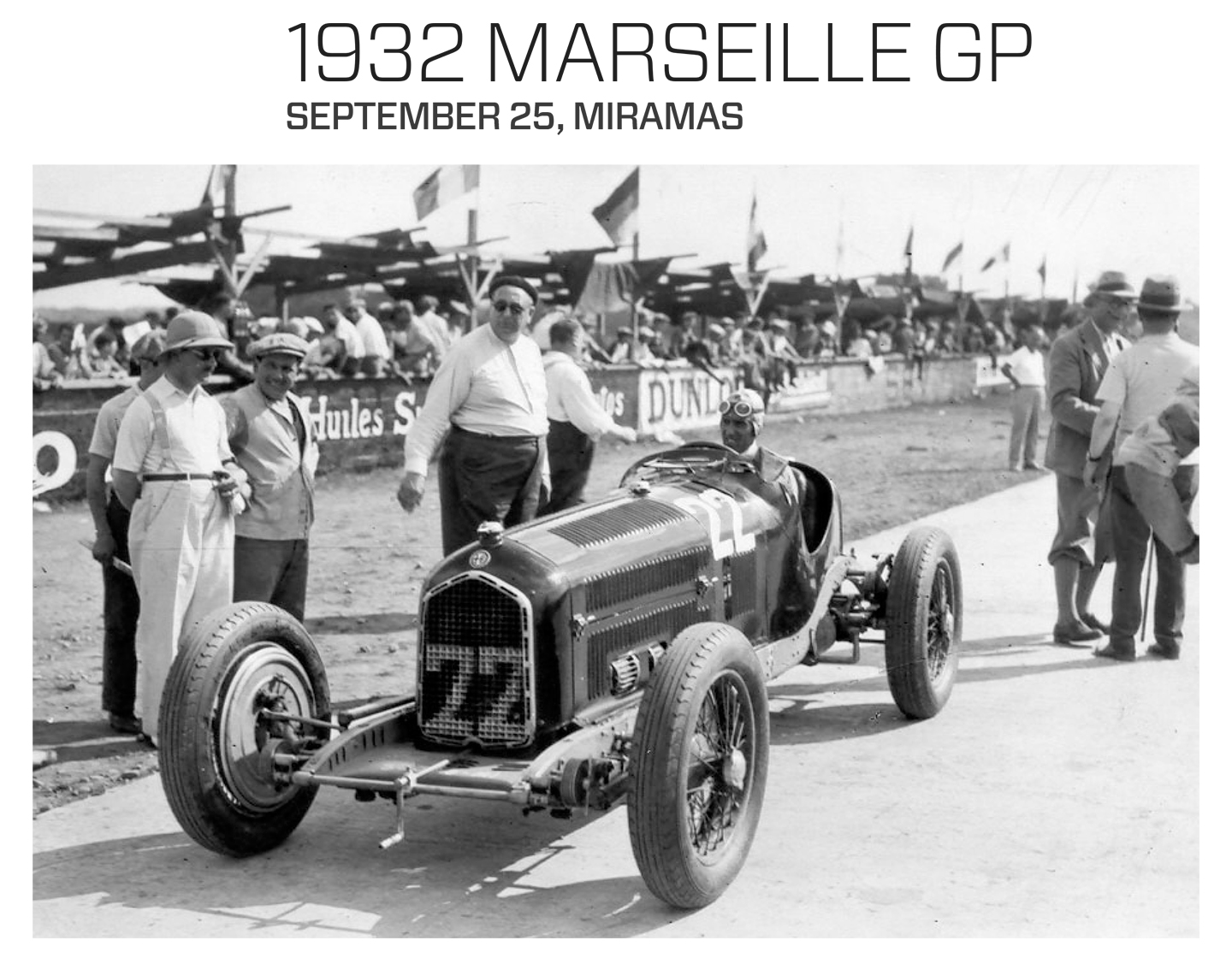