On what would have been his 60th birthday, Ayrton Senna still lives on in the minds of racing fans around the world as one of the greatest drivers to step into the cockpit of a Formula 1 car.

It was a natural talent visible to all, whether he was threading his McLaren inch-perfectly through the Monaco barriers, walking on water at Donington, or pouring his soul into a home victory in São Paulo, before a jubilant Brazilian public chanting his name.

Each moment was one of sheer supremacy, born of the ability of a true great. Possibly the greatest.

His arrival on the F1 scene in 1984 was proclaimed by James Hunt as being something special: “I think we are watching the arrival of Ayrton Senna as a truly outstanding talent in Grand Prix racing,” he said as the Brazilian wrestled his uncompetitive Toleman to a second-place finish around the streets of Monaco to Alain Prost – who would go on to be his defining rival in the sport. It was just the beginning of a legendary career.

That afternoon amidst the tunnel of spray between Armco was a window into what would come: a driver in synchronicity with his machine. 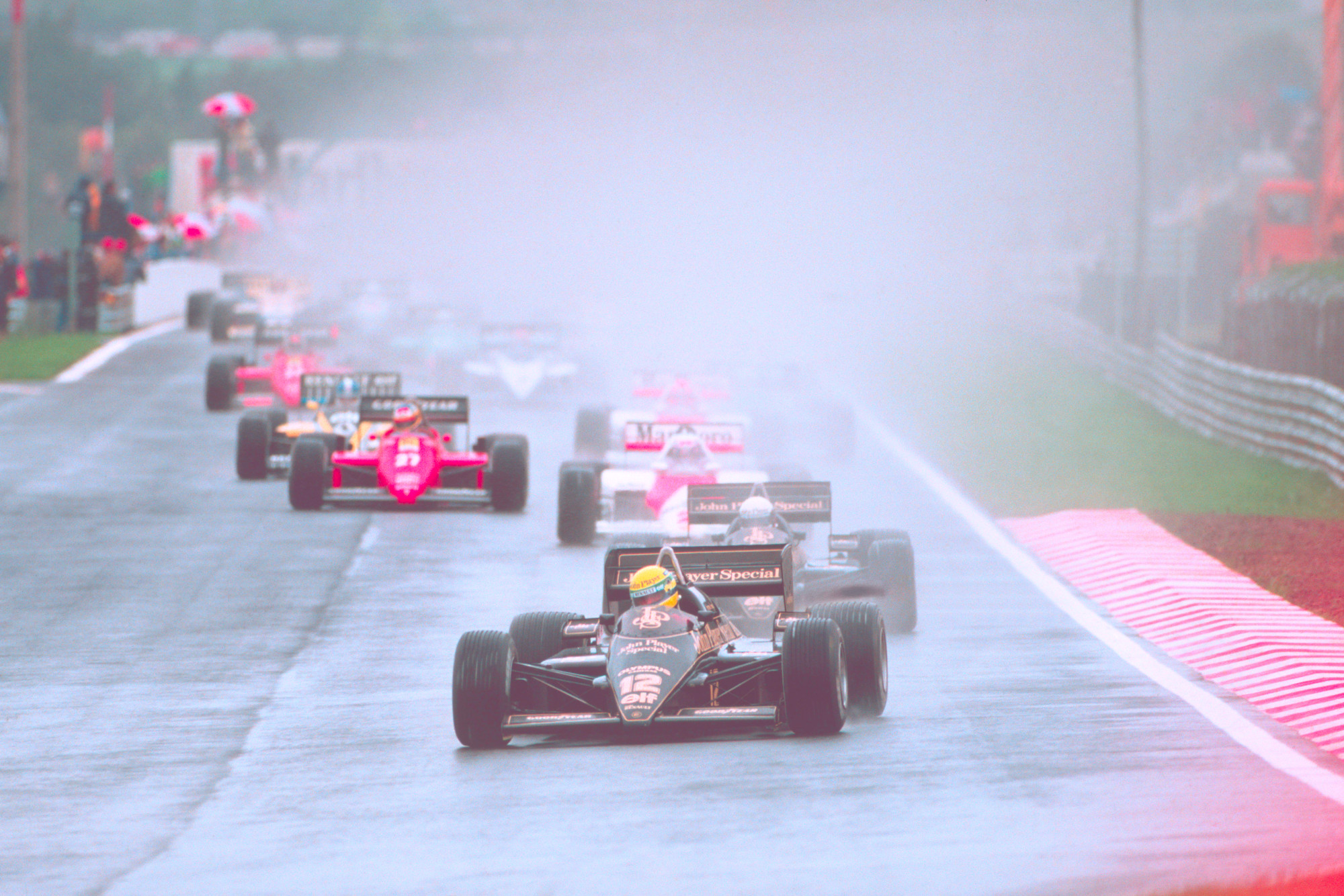 His first victory followed a year later, once more in the pouring rain, at Estoril as he finished over a minute clear of his closest challenger in the form of Michele Alboreto.

Wet weather ability will often separate the great from the merely good, as others flounder in the spray and rain, the talent and speed will shine through every time. Even with a “beeg” moment as he described to Motor Sport’s Denis Jenkinson, the Brazilian was a cut above the rest on that day.

Such speed would never be more evident than during his time with Prost at McLaren.

Born on 21 March 1960, Ayrton Senna would be celebrating his 60th birthday this year. His status as one of the sport's greats remains undimmed, more than 25 years after…

The pair took the MP4/4 to race victory in 15 of the 16 races in 1988, as the Brazilian took his first world championship crown by three points from his team-mate.

His qualifying performances were dominant, and though Prost would focus on the race, it is no doubt due to the sheer speed of his rival on a Saturday, leaving such an insurmountable target to clear ahead of the race.

Prost admitted as much to Motor Sport, the speed of Senna was too much of a deficit to hope to make up and required a different approach altogether: to give up and focus elsewhere.

“That was his strong point. If he had one, that was it. I’ll be honest: several times what he managed in qualifying surprised me. Astonished me, sometimes. In the race, he never impressed me. But in qualifying, yes.”

To compel a driver such as Prost to simply give up and to admit (privately) that Senna was just quicker, speaks to just how perfect a driver needed to be to have any hope of competing.

This was never as clear as in Monte-Carlo. A circuit that demanded the utmost respect from a driver, Senna gave it every ounce and made it look like his playground anyway.

His qualifying lap at Monaco in ’88 is still heralded as one of the finest laps ever driven around the streets, and the man himself explained to Jenks in August of 1990 that he didn’t fully understand the level he reached that day. 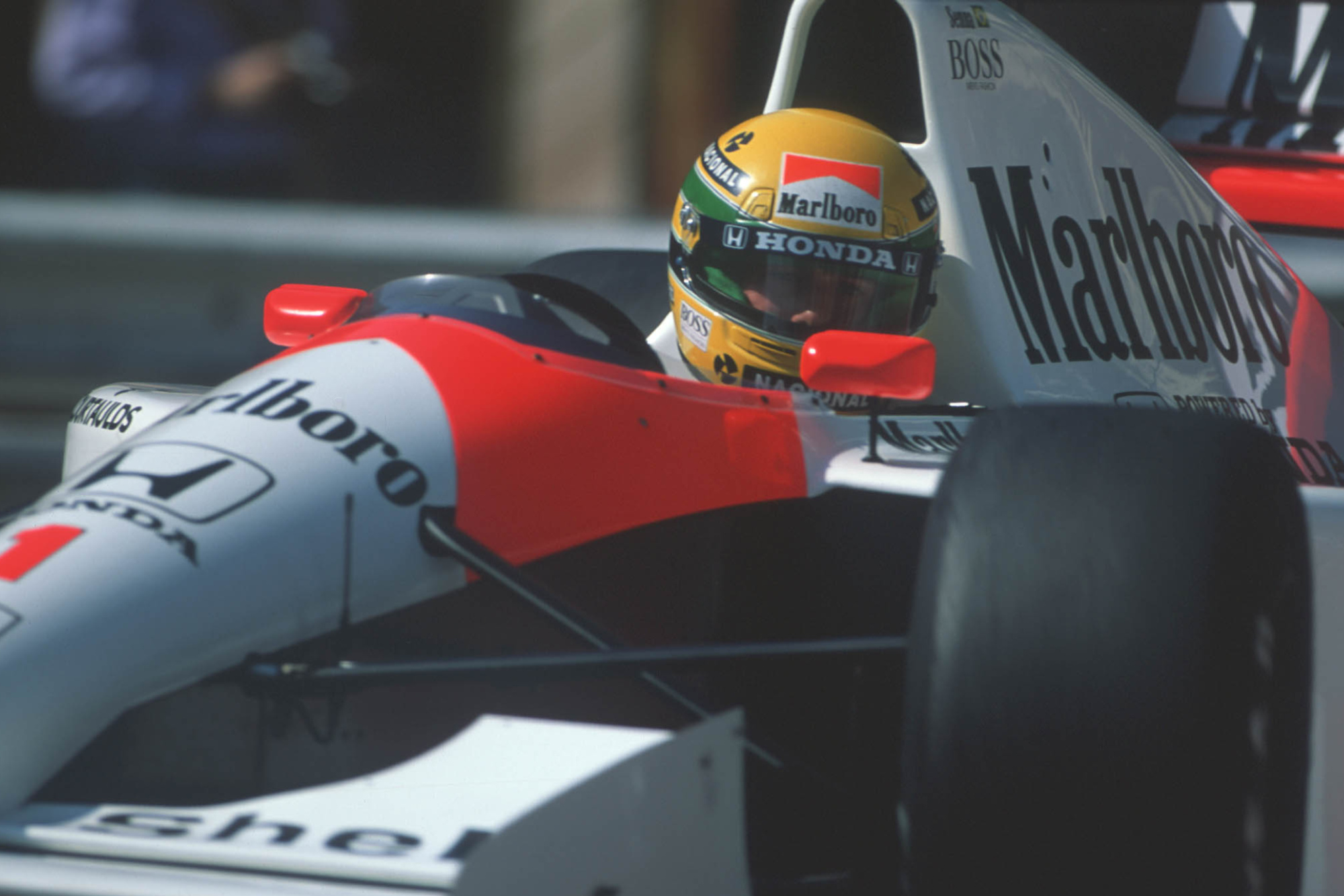 Senna focuses in during qualifying

“I felt that the circuit was no longer really a circuit, just a tunnel of Armco. But in such a way that suddenly I realised that I was over the level that I considered… reasonable. 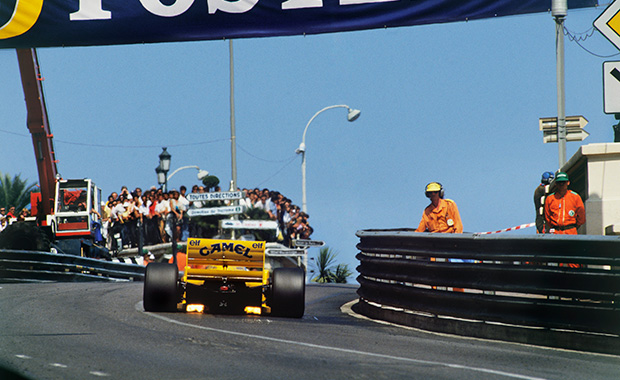 “I didn’t fully understand that level – and I still don’t.”

Every deft flick and correction as if he and his car were meant to occupy that piece of road at that exact moment, harmony that the majority of drivers can only hope to dream of let alone get close to touching.

Then-McLaren team manager Jo Ramirez recalled to Motor Sport that had Prost been victorious in that first season, their rivalry may never have reached such great heights (or depths).

“Often I’d say to him, ‘You’re the new guy, the young guy, you’re going to race longer than Alain, you’ve got time…’ If Alain had been champion in ’88, it would’ve been better for their relationship – I don’t think it would have been destroyed so soon. In ’89, of course, it became civil war…”

The feud eventually subsided. The four-time champion said as much in an interview with Motor Sport in 1998. “When he died, I said that I felt a part of me had died also, because our careers had been so bound together. And I really meant it,” he stated.

Their battles on-track were fought under testing circumstances as Prost has opened up about in subsequent years, and the relationship between drivers would fracture and fray.

Suzuka played host to iconic moments in ’89 and ’90, both deciding the world title one apiece in unforgettable fashion on both occasions. 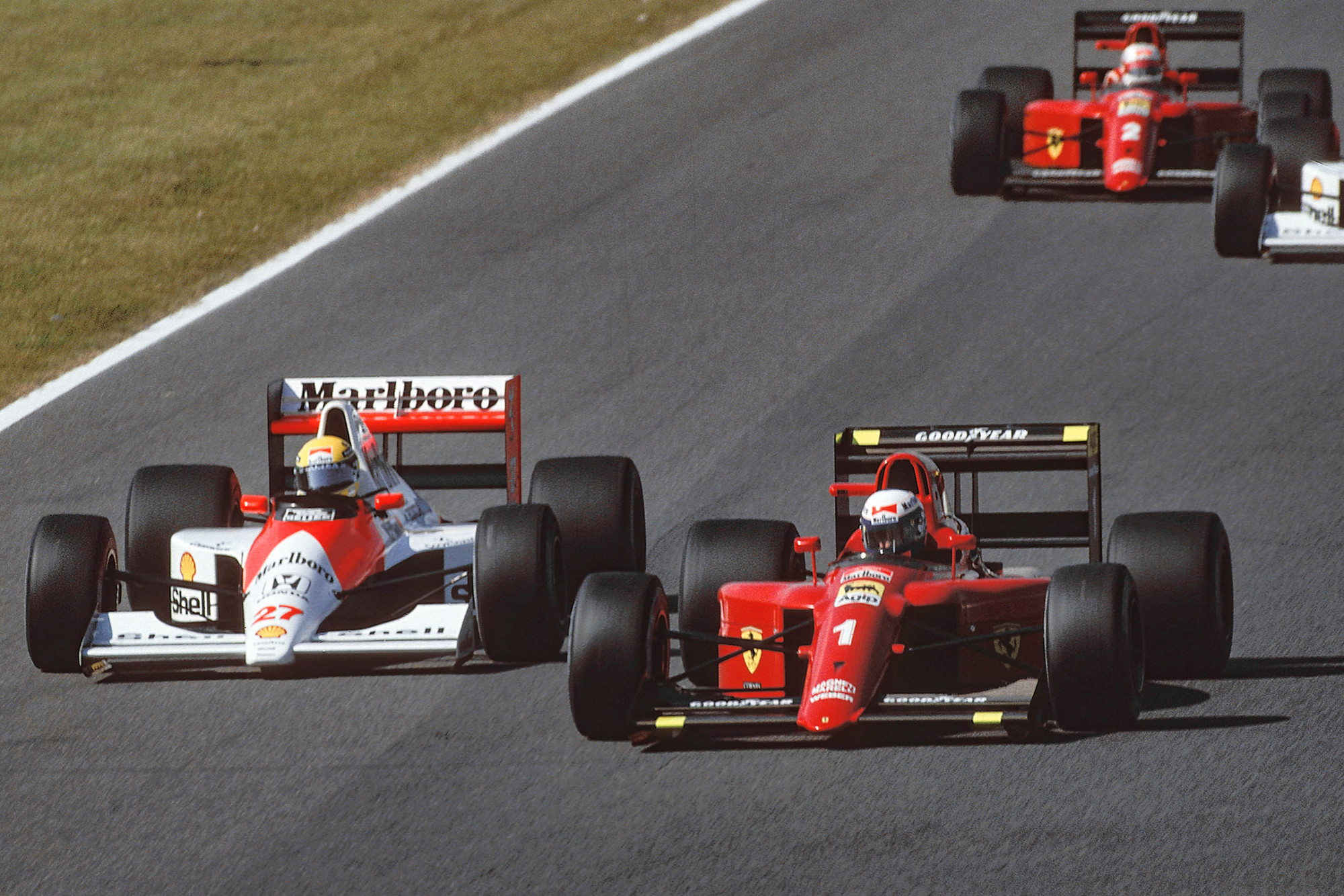 A third title would come in ’91 and two further years at McLaren followed before a departure to Williams, replacing his great rival Prost.

His opening foray around Donington had made his competitors look flat-footed, unsure and just downright slow. Senna’s ’93 win at the European Grand Prix is regarded as one of his finest ever. The “Lap of the Gods” was another display of mastery and, as was frequently the case with Senna, he won by over a minute.

He had made it look easy, out-fighting his opponents on track and out-thinking them off of it, he made only four stops compared to runner-up Damon Hill’s six and Prost’s seven, it was a virtuoso performance.

The fact then that Senna himself didn’t regard the win as his greatest then speaks to his perfectionist and old-school nature. That accolade is reserved for his first victory in Portugal. “It was a good win, sure, but compared with Estoril ’85 — turbo engine, a lot more power, no traction control, normal gearbox — it was nothing, really…” His ‘Lap of the Gods’ was “nothing really”.

The 1994 season was a long way from what Senna might have imaged though, as Williams’ FW16 was not of the same ilk as the dominant car Nigel Mansell and Prost had experienced the year before. 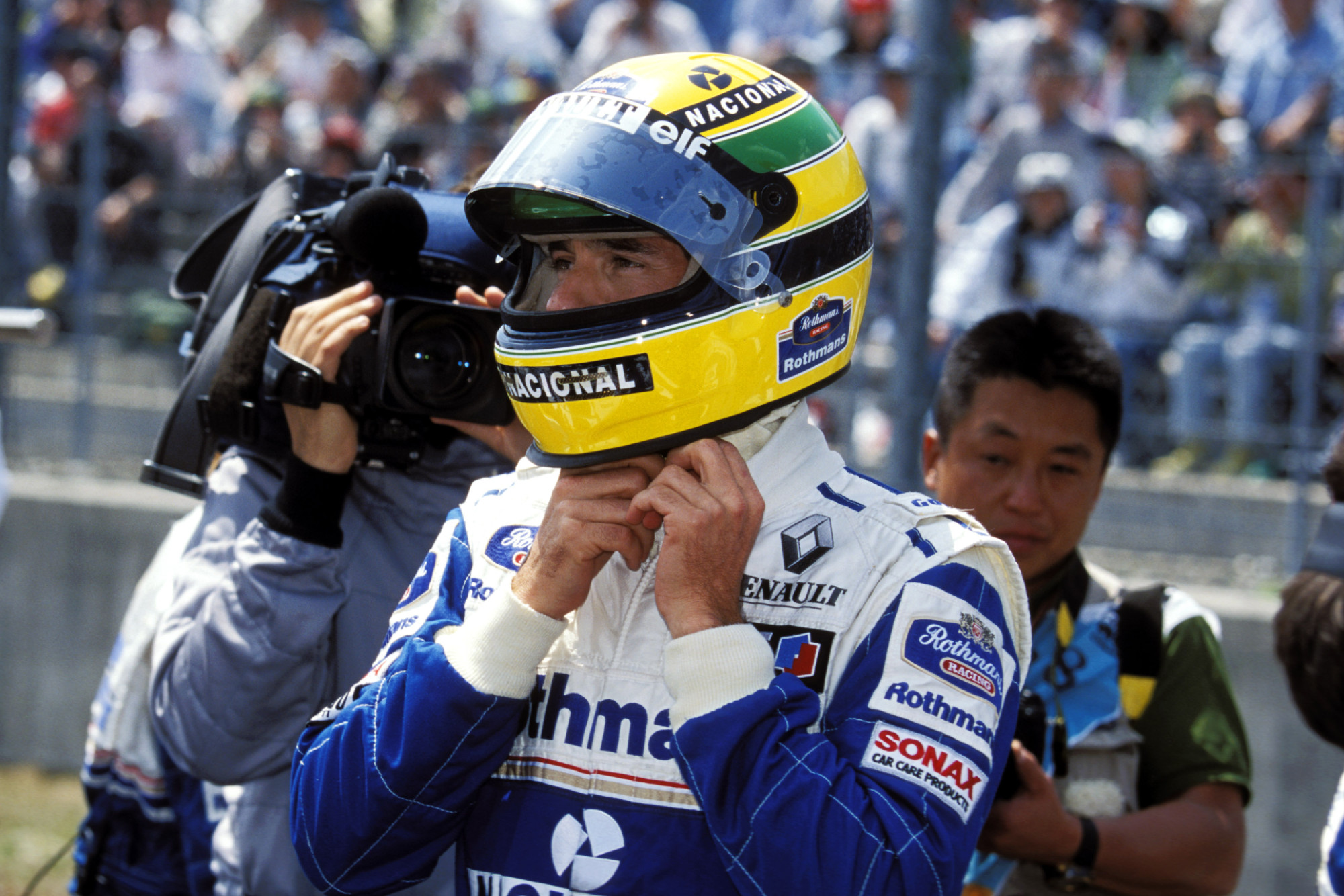 Two retirements in two races made Imola a must-win for the Brazilian. Rubens Barrichello’s heavy accident in practice was followed by the fatal crash of Roland Ratzenberger on Saturday, events that affected Senna deeply.

An already awful weekend was plunged further into tragedy on lap seven of the Grand Prix, as Formula 1 lost one of its greatest champions.

What would have happened in ’94 had the title been fought between Schumacher and Senna? A changing of the guard or a titan of the sport not ready to relinquish his throne? Despite an unfortunate start, the combination of Ayrton Senna and Williams-Renault would have surely led to a fourth title at some point, nonetheless.

Analytical, passionate, incredibly fast and driven to the point it could even be considered a weakness, many drivers have and will embody a similar nature as he did, but there is only one Ayrton Senna.