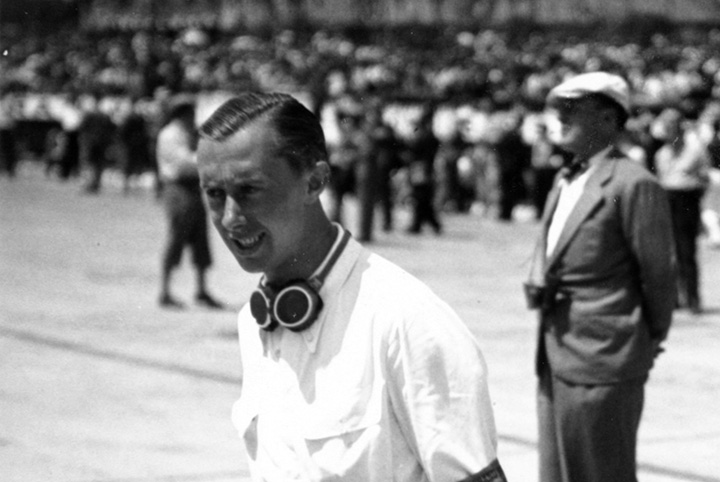 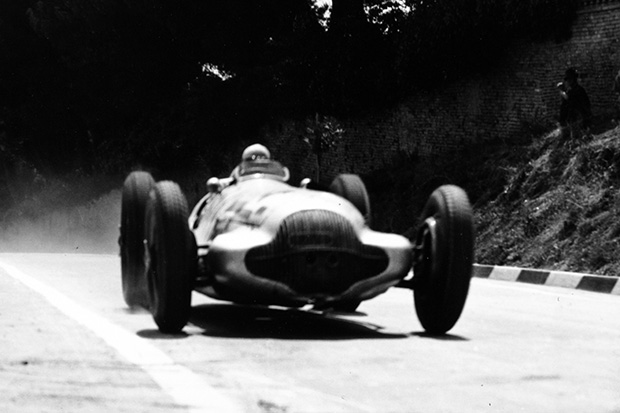 (Above: Caracciola at Pescara that same year)

It’s an elegant sculpture, the Delahaye 145, and unmistakably a sports car. This wasn’t quite like tackling a Lotus 49 with an MGB, but you wouldn’t have given it much hope against the might of mid-Thirties Germany. Except, perhaps, in Pau…

Alfa Romeo was supposed to provide the stiffest opposition to Mercedes, but didn’t eventually take part. Tazio Nuvolari’s car caught fire during practice, because chassis flex caused the fuel tank to split, and Luigi Villoresi’s sister car was withdrawn as a precaution.

The Mercedes W154, meanwhile, proved a touch unwieldy around the narrow streets, slipping its clutch and oiling its plugs. Hermann Lang eventually slid off the road during practice, although team-mate Rudolf Caracciola took pole and Merc eventually decided to focus on a single-car effort.

Caracciola grabbed the lead initially, but René Dreyfus was able to stay in touch in his nimbler Delahaye. The writing was on the wall because the Delahaye’s gentler fuel consumption – it was roughly twice as efficient as the Merc – meant it would be able to run non-stop. The German car’s power deficit was also diluted, because the surface was becoming ever more slippery (1930s machinery being prone to oil leaks even when new) and Caracciola couldn’t transmit his surplus bhp to the road.

Caracciola surrendered the lead when he pitted at half-distance – and Lang took over at that point, because the circuit’s labyrinthine nature had caused his team-mate to aggravate an old leg injury.

Lang suffered further plug trouble during the race’s second half, but Mercedes had to concede that even a healthy car probably wouldn’t have been much help. By the end, Dreyfus was almost two minutes clear. SA