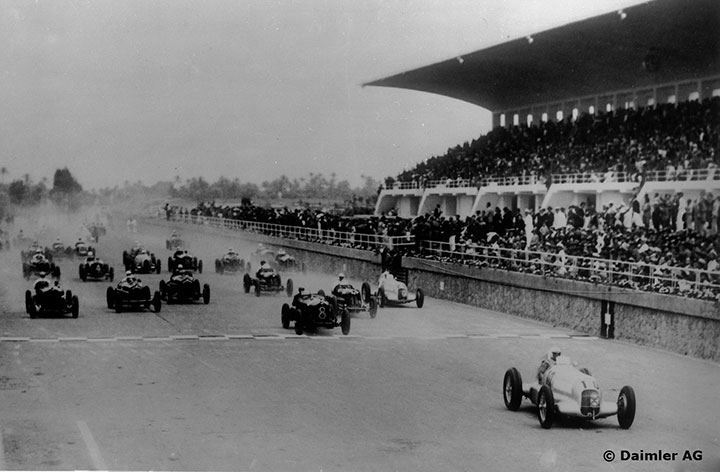 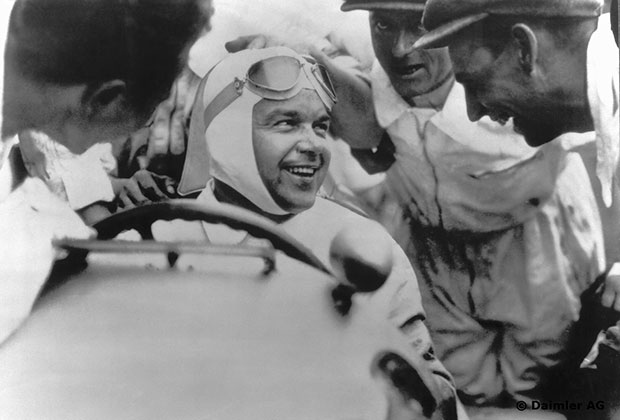 North African heat and dust would play havoc with tyres on this flowing 135mph circuit. So Continental brought 50 covers apiece for its three Mercedes-Benz and two Auto Unions. That was only just sufficient.

Although this 40-lap Formule Libre race necessarily attracted a huge grid because its result decided a state lottery, the battle for victory was always going to be between the five Silver Arrows; Tazio Nuvolari’s fearsome and even faster – at 198mph – twin-engine Alfa Romeo Bimotore was even heavier on fuel and rubber.

Achille Varzi, Auto Union’s star off-season signing, led for much of the way. Mercedes-Benz had decided on a three-stop strategy compared with its main rival’s two, but early punctures and delaminations threw its plan into turmoil – yet not once did Rudi Caracciola give up. Having struggled with injury throughout 1934, he was determined now to prove his fitness and confirm his priority over feisty Italian team-mate Luigi Fagioli, a consummate winner of the Monaco GP in April.

With five laps to go, Varzi, holding a commanding lead, punctured as he rushed past the pits. Not only was he forced to run on the rim, but also the damaged wheel jammed on the hub at the subsequent stop. Caracciola inherited the lead and set the fastest lap – at 136.8mph – in an attempt to ram home his advantage.

“Tripoli – A dip into the past” by Denis Jenkinson (from the archive March 1978).

On fresh rubber and teetering on the edge of exhaustion, however, Varzi hunted down his quarry and was lining up for the kill on the last lap when he punctured again.