Silverstone is weird. It boasts such rich and prolific history, as acknowledged in the naming of the 70th Anniversary Grand Prix that next week will follow hot on the heels of the British Grand Prix this Sunday. Yet through recent decades the track has been chopped up and changed almost beyond recognition, while somehow still maintaining the old spirit that links the place to its glorious past – if you look closely and in the right places. It’s hard to think of another ‘grandee’ race track that has gone under the knife for such fundamental facelifts, and yet is arguably better today than it ever was in motor racing’s so-called golden eras.

I say ‘arguably’ because there’s no way everyone will agree with that statement. But remember, as much as the old Silverstone is revered today for feats such as Keke Rosberg’s other-worldly qualifying lap in his turbo Williams in 1985 – 2.9 miles at 160.9mph in just 1min 05.591sec, with a slow puncture and in slight drizzle – the barren place wasn’t all that popular with either drivers or spectators at the time. Watch a grand prix on the Silverstone banking today and you get a much better view, of a race that tends to be packed with more incident.

Silverstone had always been a circuit centred around extremes, and Becketts and Bridge tapped directly into that vein.

Then again, inevitably after so much change, we can’t help missing some of old Silverstone: F1 cars screaming flat through the old Club Corner and Woodcote; Abbey when it turned left instead of right; and what I’d argue is the biggest loss, despite only existing for a relatively short 19 of Silverstone race circuit’s 72 years. In Bridge Corner, one of the greatest corners of any circuit on any track was lost forever when the current ‘Arena Circuit’ was created in 2010. As good as modern Silverstone remains, Bridge is still missed.

I was flicking through some old magazines the other day when I fell upon a story about the revisions that led to the corner’s creation. Since the first world championship grand prix in 1950, not much had changed at the barren old airfield once used by wartime Wellington bombers. A chicane had diluted Woodcote in the mid-1970s, as was the fashion of the time, and an ungainly dog-leg section totally out of character with the rest of the track was inserted after the old Daily Express bridge in 1989. But in January 1991 they were wiped out by a raft of changes both surprising in scale and embraced as welcome improvements. 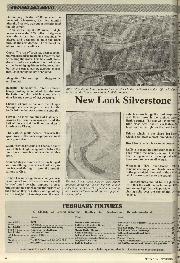 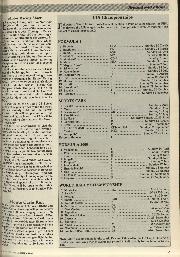 On January 9th the BRDC unveiled the new-look Silverstone, just five months after the first hole was put in the tarmac of the old circuit. Now measuring 3.202 miles, a…

BRDC chairman Tom Walkinshaw and Bernie Ecclestone cut the ribbon, as Derek Warwick gave the F1 tsar a lap in the stunning new Jaguar XJR15 – and even the man who would become the circuit’s nemesis and most vocal critic gave it the thumbs up. Eyebrows were raised by the stunning, challenging and deeply rapid left-right-left-right-left Maggotts/Becketts/Chapel complex that replaced an uninteresting right-hander, while the addition of Vale between Stowe and Club added a potential overtaking point, even if it dumbed down one of the fastest sections of race track in the world (they didn’t get everything right). A new tight and twisty complex – Priory, Brooklands and Luffield – added a slower, mundane characteristic to the end of the lap. But the addition of a right-hander on the way into it, to be named after the bridge that crossed it, more than made up for it. From the start, Bridge Corner really caught the imagination.

“You’ll [still] be in sixth before Abbey,” said Martin Brundle at that circuit launch back in 1991, “but instead of cruising through and just checking the gauges, releasing your grip on the wheel a bit and generally relaxing, you’ve got to get the car back over to the left-hand side of the track. Bridge is going to be fourth, or maybe fifth gear. If the circuit has as much grip as I think it’s going to have, in qualifying that’s going to be just sensational. It looks like an enormously quick corner, slightly banked as well; that’s where I’m going to buy a ticket for when I come and watch! They’ll be a few brave souls trying to overtake on the way in, which will be interesting, and if you get it right on the way out you should be able to overtake into the next left-hander.” 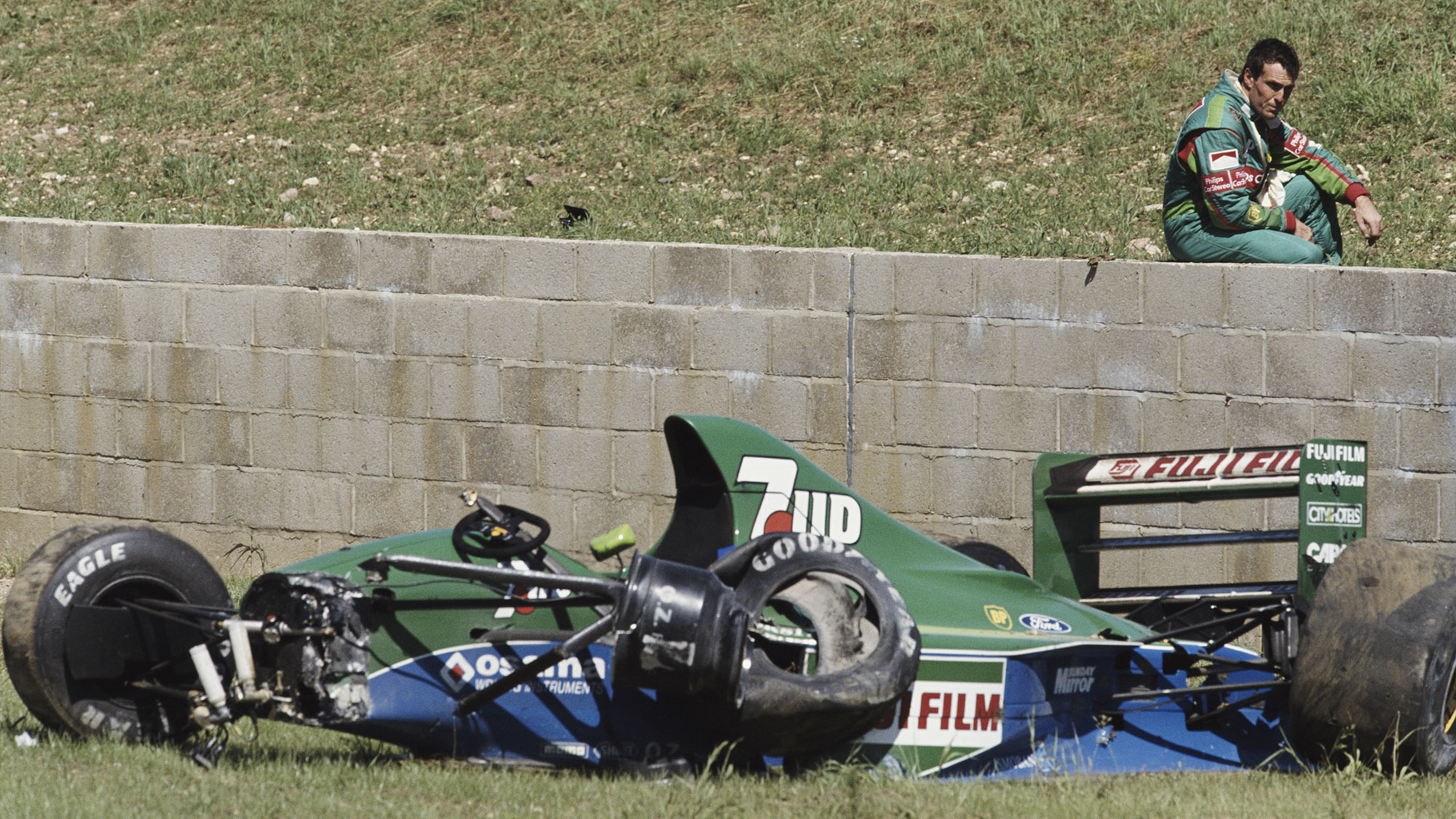 Bridge would more than live up to Brundle’s predictions. In that first British Grand Prix run on the new layout Andrea de Cesaris – who else? – ‘christened’ the corner by wiping off the nose of his previously very pretty Jordan 191 on the way in. The Italian actually lost it out of Abbey, smacked the outside wall at Bridge and slewed across to the inside – forcing the Tyrrell of Satoru Nakajima into tyre smoking avoiding action. Modena probably needed to pit for a change of underwear, while ‘de Crasheris’ limped away to get his breath back. Silverstone had clearly created a monster.

It was a shame, but inevitable, that Bridge was diluted by the addition of a chicane at Abbey for 1994, following Pedro Lamy’s miracle escape from a testing crash that left what remained of his Lotus in the pedestrian tunnel that passed under the bridge. Imagine if that had happened at the grand prix… But still the right-hander remained a ‘big corner’. I watched the 1995 British Grand Prix on the exit of the Abbey chicane, my ears ringing as 3-litre V10s and Ferrari’s final V12 were mashed on full power, the cars then darting under the bridge and swooping up and away to the right. Just wonderful. But my position meant I couldn’t see Damon Hill’s clumsy move on Michael Schumacher at Priory, which left both picking gravel. So Brundle had been right about Bridge setting up overtaking moves at the following left-hander… and like Julian Bailey’s notorious upending of Toyota BTCC team-mate Will Hoy at the spot in 1993, Hill’s move was best described politely as ‘optimistic’. 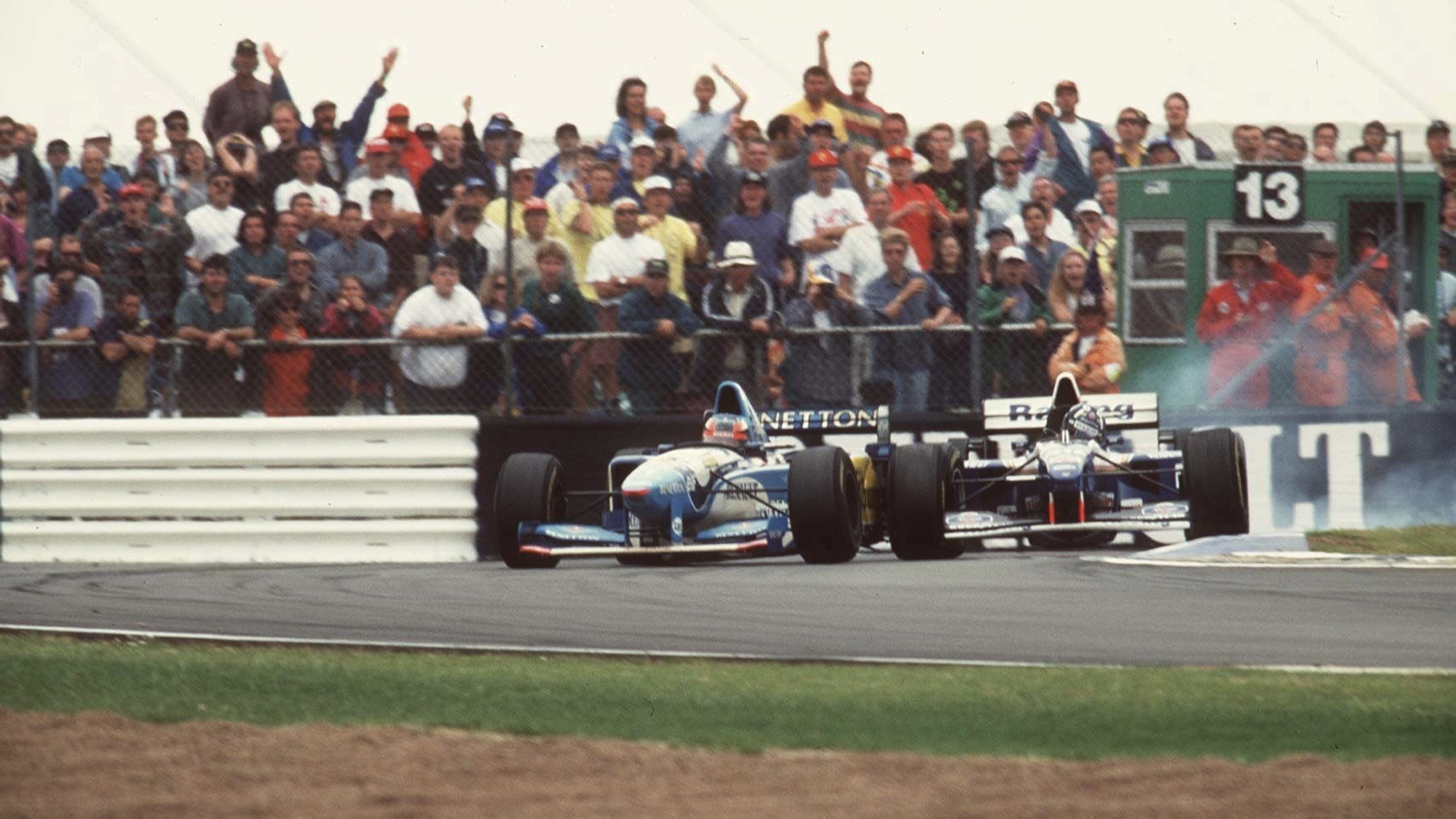 Hill lunges on Schumacher in 1995 after exiting Bridge

In 2004 Jarno Trulli discovered how Bridge could still bite when he dropped his Renault on the exit and was fortunate to walk away from a barrel-rolling monster of a shunt. Silverstone had always been a circuit centred around extremes, and Becketts and Bridge tapped directly into that vein.

Now only one of them remains. Bridge corner is still there, of course, the old track stretching beyond the ‘new’ Abbey first corner and sweeping under the bridge. The kerbing is all still there too, which is pleasing – but it’s highly unlikely to ever ‘breath’ again. Bridge’s active life was both relatively recent and short, yet it’s a relic of the past that deserves some preservation. I remember first hearing about the Arena circuit layout in a conversation at the Le Mans 24 Hours as long ago as 2000, 10 years before it was built and the Wing pit complex made Club the final corner. Perhaps Bridge was always on borrowed time. But for those who dashed through it, and for those of us who watched them, we won’t be in such a hurry to forget it.