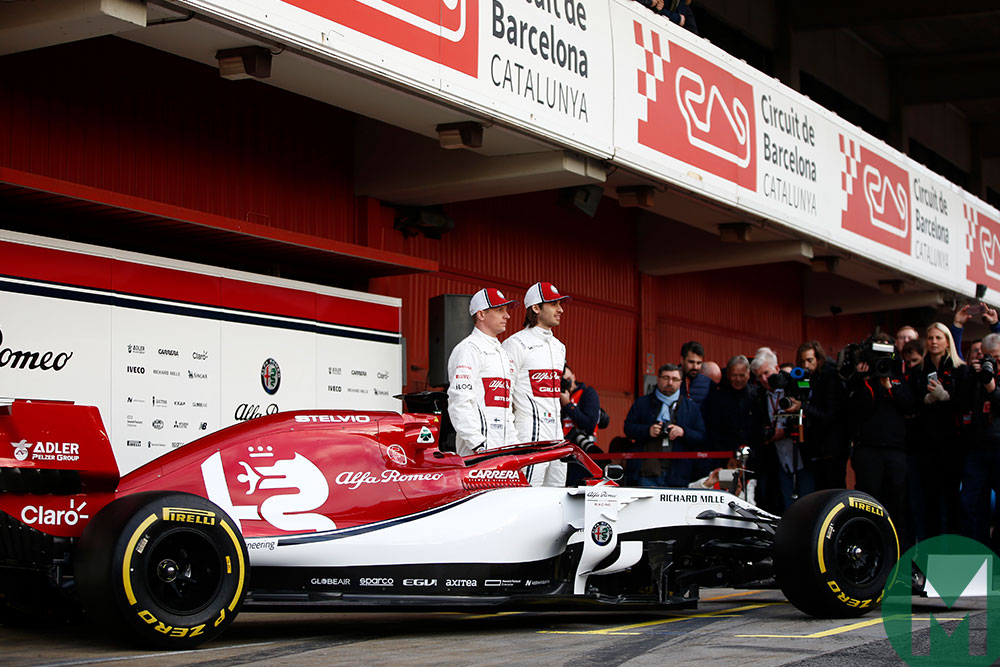 Alfa Romeo has revealed its livery for the Formula 1 season on the morning of winter testing.

The car was unveiled by the team’s all-new driver line-up for this year, Kimi Räikkönen who has joined from Ferrari and Antonio Giovinazzi, with team principal Frédéric Vasseur also in attendance.

The Sauber successor team also confirmed that the 2019 car is to be named the Alfa Romeo Racing C38, continuing with Sauber’s previous ‘C’ prefix naming system – which is a reference to founder Peter Sauber’s wife Christine.

The livery is similar to last year’s, with historic Alfa red on the engine cover and the rest of the car mainly white with blue trimming.

The car itself was first revealed last week running on Ferrari’s Fiorano test track, with a one-off ‘Valentine’s Day’ livery, where Räikkönen undertook a successful shakedown of the car as one of the team’s allocated ‘filming days’.

2007 F1 champion Räikkönen is also behind the wheel in the first day of official preseason testing today with Giovinazzi taking over tomorrow. 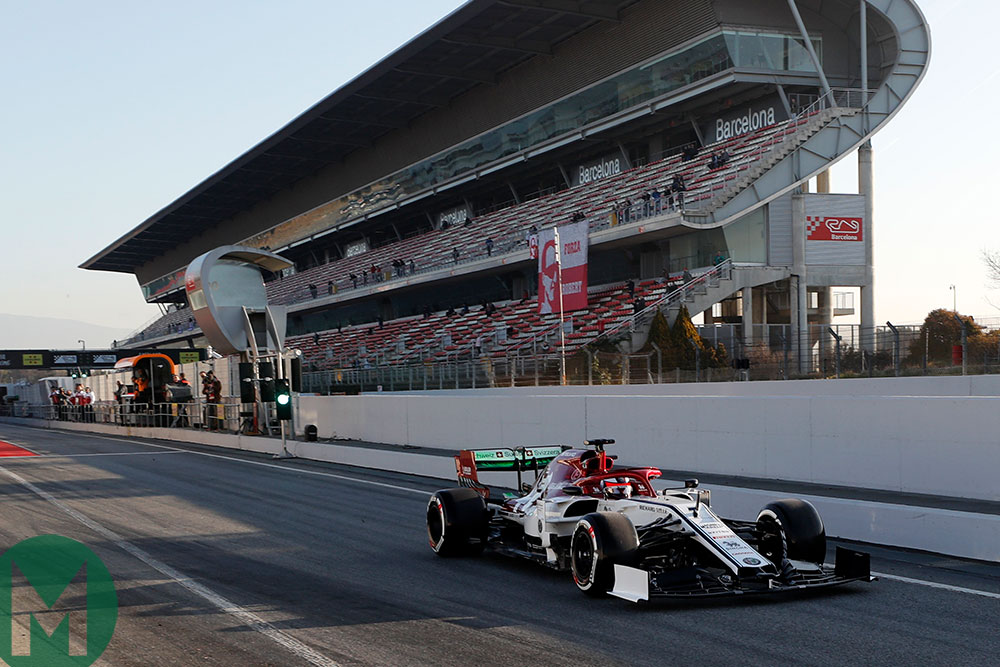 The C38’s distinctive front wing and nose design has created a lot of intrigue, including that the wing’s elements slope down to the endplates.

“The livery brings out last year’s features in a stronger and more edgy way,” said Vasseur. “I would like to thank everyone who has worked towards creating this car for their relentless enthusiasm for our team’s mission and our sport.”

“Since joining the team last year, I have seen progressive growth on all fronts and am very pleased to see the result of the hard work completed over the course of this winter,” added the team’s technical director Simone Resta. “We have set ambitious targets for this season which brings along a significant change in regulations – mainly from an aerodynamic point of view.”