Between 2000 and 2004, Michael Schumacher and Ferrari were the team to beat in Formula 1. Schumacher’s relentless talent in a car that was increasingly dominant left rivals trailing in the championship.

The Constructors’ title was wrapped up in 2004 with more than a quarter of the season remaining and the final points tally saw runners-up BAR-Honda with fewer than half the points of Ferrari.

Going into 2005, rule changes around aerodynamics and tyres offered the prospect of a change in the running order — but not much hope, given Ferrari’s overwhelming speed and the devastating pace of Schumacher.

“It was a new group of people; a lot of new ideas. The car’s success was quite unexpected”.

Renault and its young lead driver Fernando Alonso had showed progress the previous year, but few were tipping the team as championship favourites with its R25 car in the final season of the V10 engines.

This weekend, Alonso can be seen back at the wheel of a restored R25, as the V10 screams around the Yas Marina track. In the last race weekend before Renault rebrands to Alpine, the team is reviving the memory of that historic year that saw the Spaniard become the youngest ever F1 world champion at the time.

It was a result that ended Ferrari’s winning streak; the team relegated to third at the season’s end.

Under the direction of technical director Bob Bell, whose career also includes spells with Benetton, Jordan and McLaren, Renault developed a car that won eight times in 2005.

“It was the first championship I was part of as technical director,” says Bell. “It was a relatively new group of people working on the car; a lot of new ideas. Its success was quite unexpected”.

A key feature of the R25 was its driveability. “The car handled nicely,” says Bell. “It was reliable. It was kind to its tyres, you could attack and defend with it with confidence”.

A rear-biased weight distribution meant the Renault had around five per cent more weight over the rear axle than its fastest opponent, McLaren, and Ferrari. This gave it a traction advantage under acceleration, but the lighter front-end made the car prone to understeer.

It was a characteristic that Alonso was able to adapt to by using an aggressive turn-in to load up the front tyres so the grip arrived quicker. The smoother technique of team-mate Giancarlo Fisichella left him waiting longer for traction and he struggled to match Alonso’s speed.

Tyres were key in 2005 thanks to a regulation change — for one season only — that banned tyre changes during pitstops. 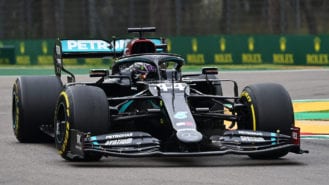 Why Formula 1 cars have grown so big

The longest car that Mercedes makes isn't the luxury S-Class saloon or eight-seat V-Class people carrier. It's Lewis Hamilton's title-winning W11. This year's Formula 1 cars are as big as…

It proved the key to overhauling Ferrari, which had previously built its success on Bridgestone tyres which were fast but fragile compared to the Michelins.

Tyres were behind Ferrari’s only victory of the 2005 season: the infamous United States Grand Prix at Indianapolis where a failure of Ralf Schumacher’s Michelin tyre in the banked Turn 13 led to Michelin teams withdrawing from the race and only six cars taking the grid to the clear displeasure of the crowd.

“Indianapolis was a really sad moment for Formula 1,” says Bell. “I think we all learnt a lot from the event. It certainly didn’t do the sport’s reputation in America any good, for such a debacle to occur at an epicentre of American motorsport like Indianapolis”. Indeed, Formula 1 only returned to America in 2012, at the Circuit of the Americas track in Austin, Texas.

With Ferrari deemed not a threat in 2005, Bell’s attention was firmly on McLaren, which he concedes was often faster than the R25. Alonso won the title with two races to go but the Constructors’ Championship battle went down to the wire at the last race of the season.

“McLaren were absolutely the team to watch out for during the season. They arguably had the faster car, but they let themselves down over the reliability of the car and its driveability. They were the real challengers that year and to topple them, considering their heritage and that it went right down to the wire, it was hugely satisfying”. 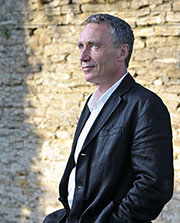 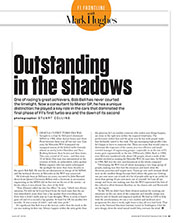 Outstanding in the shadows

One of racing’s great achievers, Bob Bell has never courted the limelight. Now a consultant to Manor GP, he has a unique distinction: he played a key role in the…

Alonso would defend his title successfully in 2006 before going on to a series of mis-timed career moves, including a return to Renault which was not the force it once was.

This weekend’s demonstration runs come ahead of his third spell at the team next season, when the 39-year-old returns to F1. Bell thinks that Alonso is capable of fighting for that elusive third title: “Fernando has everything in him to deliver another world championship. He shouldn’t be a two-time world champion, he should have five or six.

“Being world champion isn’t just about trying to win every race. It’s much more subtle than that, and he demonstrated that very well in 2005 and 2006. He’s got all the know-how to do very well.”

Bell himself won’t be playing a part this time. Around the same time that Alonso left McLaren in 2018, Bell created a non-profit organisation called Grid4Good with other senior figures from the motorsport industry.

The idea is to apply racing’s engineering and technological know-how to assist other non-profit organisations across the globe and it recently partnered with Project Pitlane, F1’s response to the Covid-19 pandemic.

Alonso is due to be back on the grid at the season-opening Australian Grand Prix on March 21 next year. Whether the Spaniard can recover his championship-winning form is unknown but his return to the cockpit of the R25 this weekend is a vivid and evocative reminder of how he, Bell and Renault came together to put a halt to Ferrari’s Formula 1 dominance in a resounding manner.