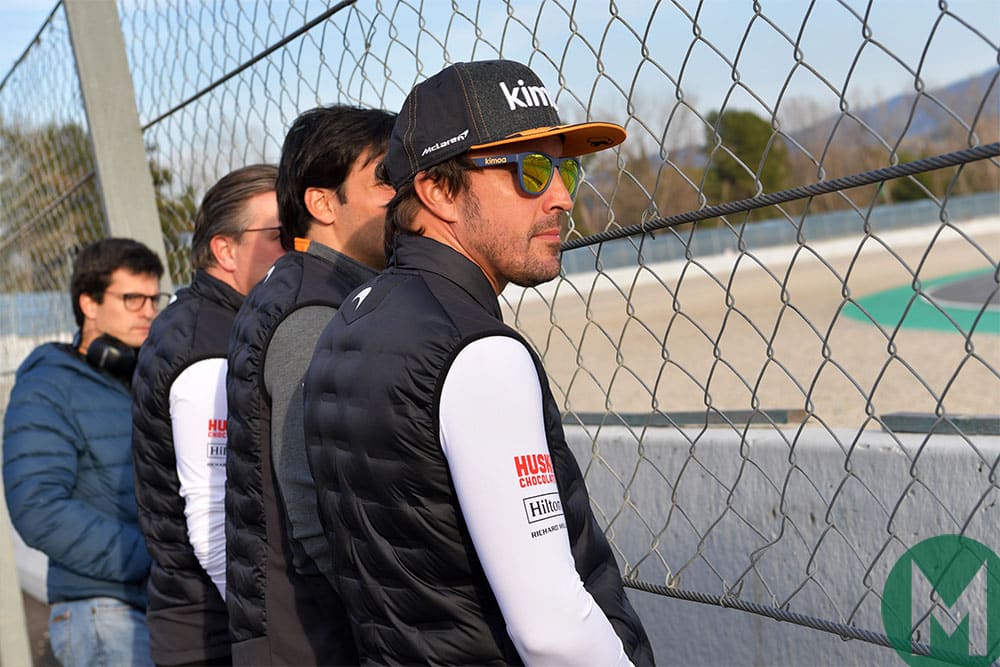 Two-time Formula 1 champion Fernando Alonso will test the 2019 and 2020 McLaren Formula 1 cars to aid their development as he becomes a McLaren Racing ambassador.

Alonso will take part in selected tests for the MCL34 and its successor, the MCL35.

The Spaniard will drive under the McLaren banner in the 2019 Indianapolis 500 as he chases the ‘triple crown’ of motor sport. He will sport the no66 that Team Penske Mark Donohue ran with in 1972 as he took McLaren’s first victory at the Brickyard.

“It is a special team, and despite the challenges we have endured recently, it remains so. I said before I stopped racing in Formula 1 last year that I see myself with McLaren for a long time to come, so I am delighted at this new role and the ability to stay closely involved with the team I feel is my spiritual home.

“We have the Indianapolis 500 in May of course, which I am looking forward to immensely, but this is just the beginning of many things we can do together.

“I am particularly passionate about nurturing young talent, whether that’s with my own team or helping the new generation of Formula 1 drivers at McLaren unlock their true potential. This is important to both the team and myself, so will be an especially rewarding part of my role.”