The first AlphaTauri car has been revealed in a glitzy ceremony in Salzburg, following the Toro Rosso F1 team’s rebranding.

The Faenza-based team is aiming for a top-five place in this season’s constructors’ championship, after undergoing a winter transformation.

It is now named after Red Bull’s clothing company. The car’s new blue and white livery is dominated by the brand’s logo.

A shakedown tomorrow at Misano will be the first time that the AT01 runs on track, ahead of pre-season testing later next week.

The new car is an evolution of last year’s Toro Rosso STR14, but promises better packaging that gives the aerodynamic department greater freedom. The suspension, gearbox, hydraulics and and parts of the front suspension are borrowed from last year’s Red Bull. The car remains powered by the improving Honda engine.

AlphaTauri is retaining its driver line-up from the second half of 2019 with Daniil Kvyat and Pierre Gasly remaining as team-mates.

Gasly ended last season on a high note for the team, finishing a spectacular second at the penultimate round of the season in Brazil, out-dragging the works Mercedes of Lewis Hamilton for a career-best finish.

The second place was the team’s best result since Sebastian Vettel’s 2008 Monza victory. 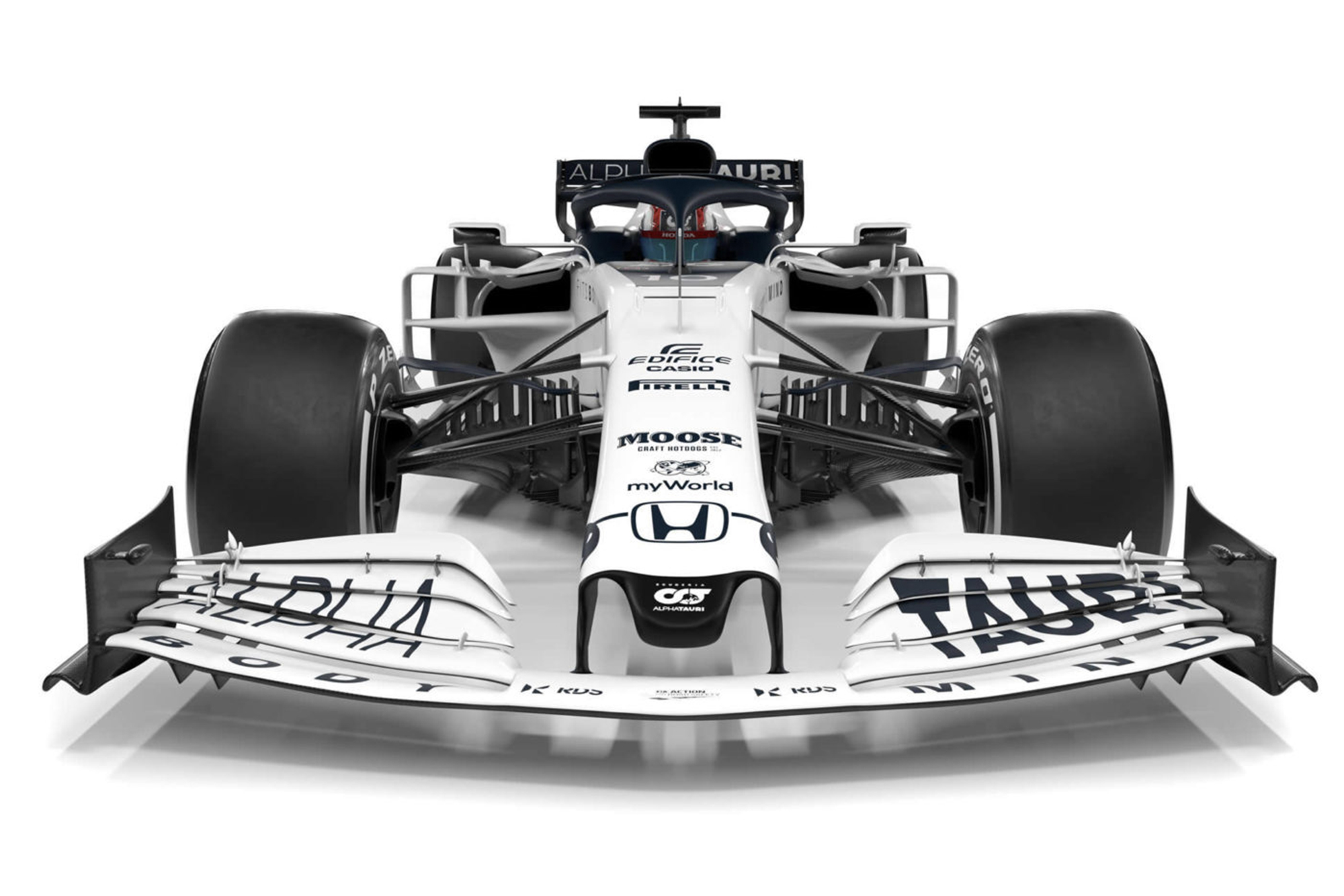 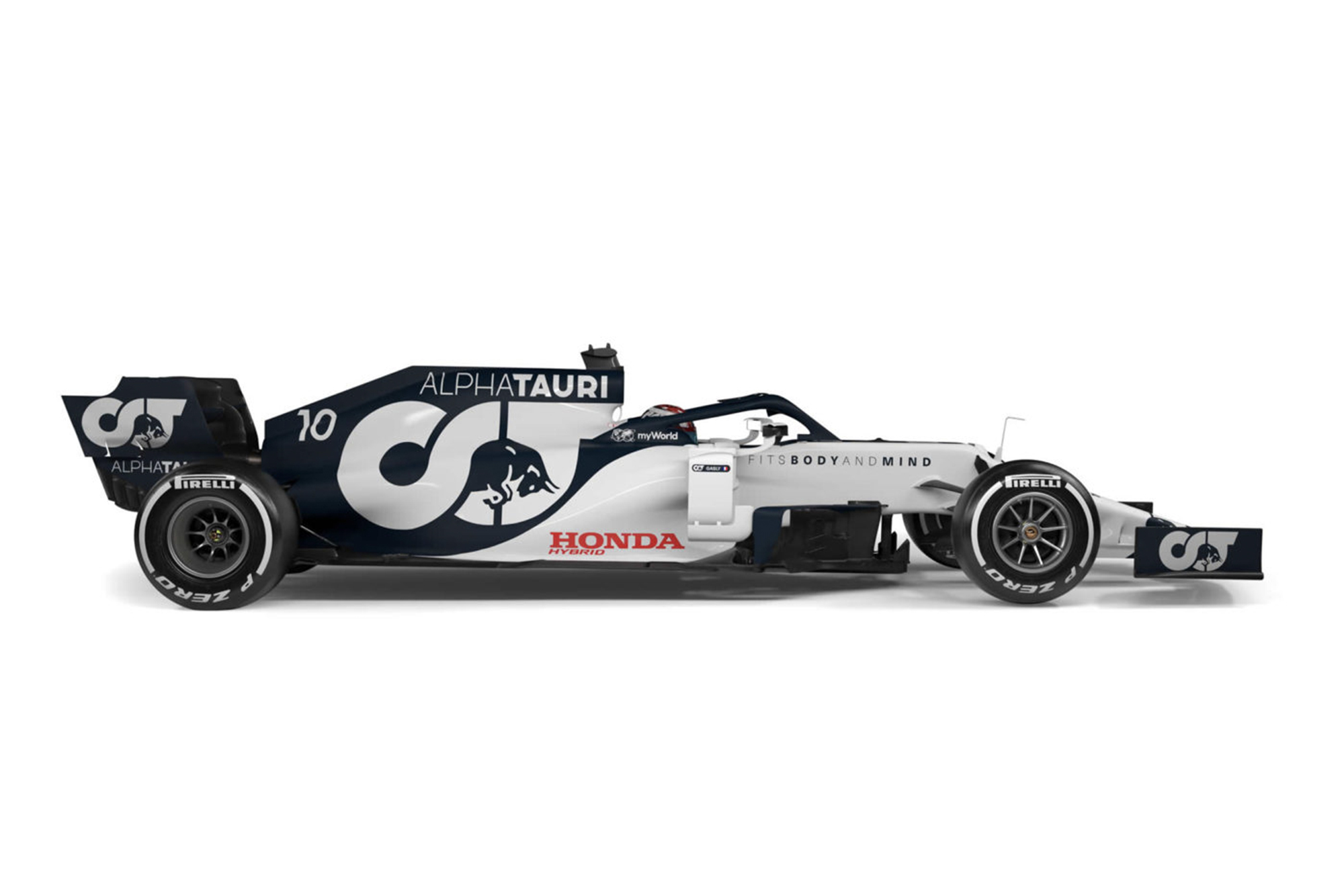 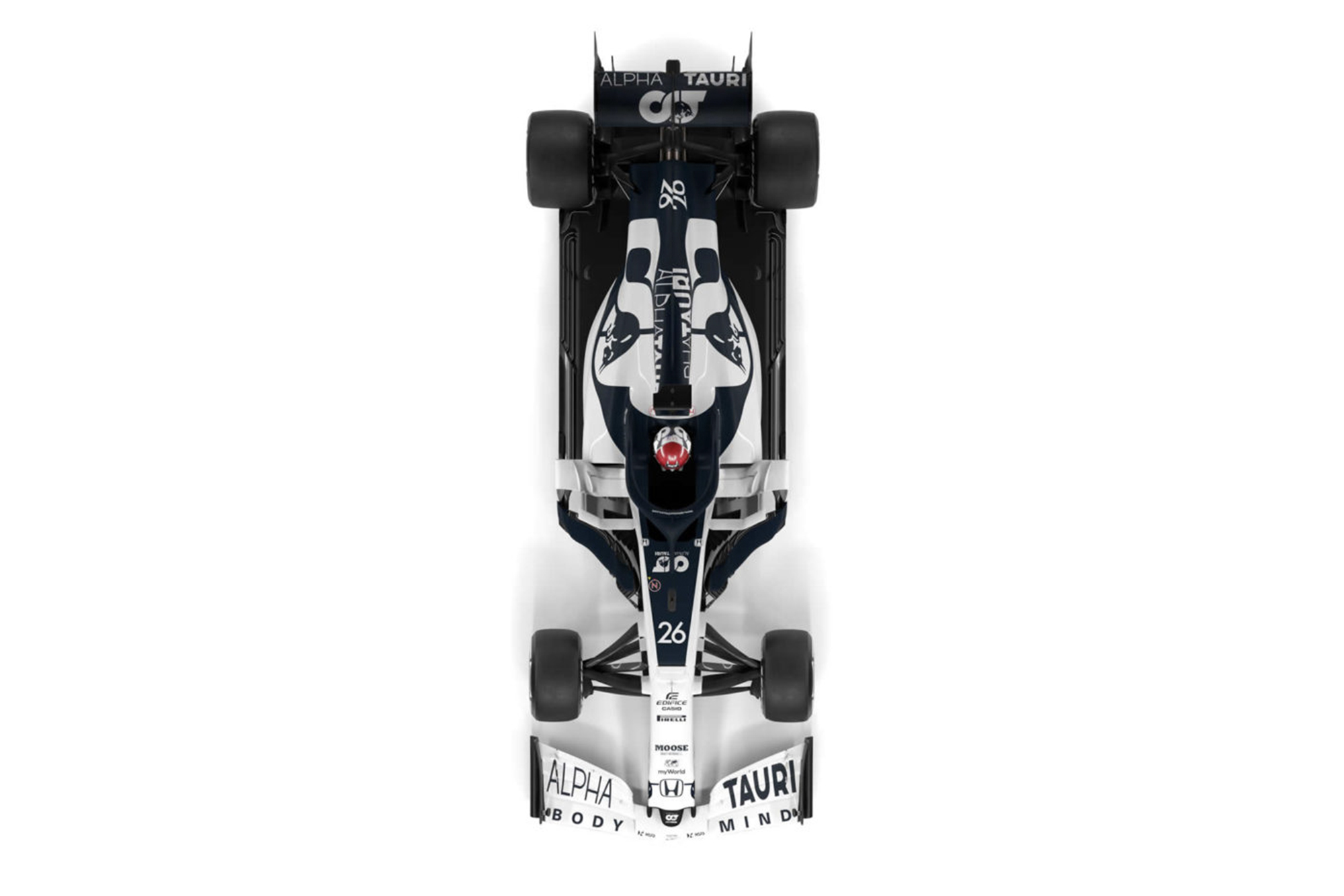 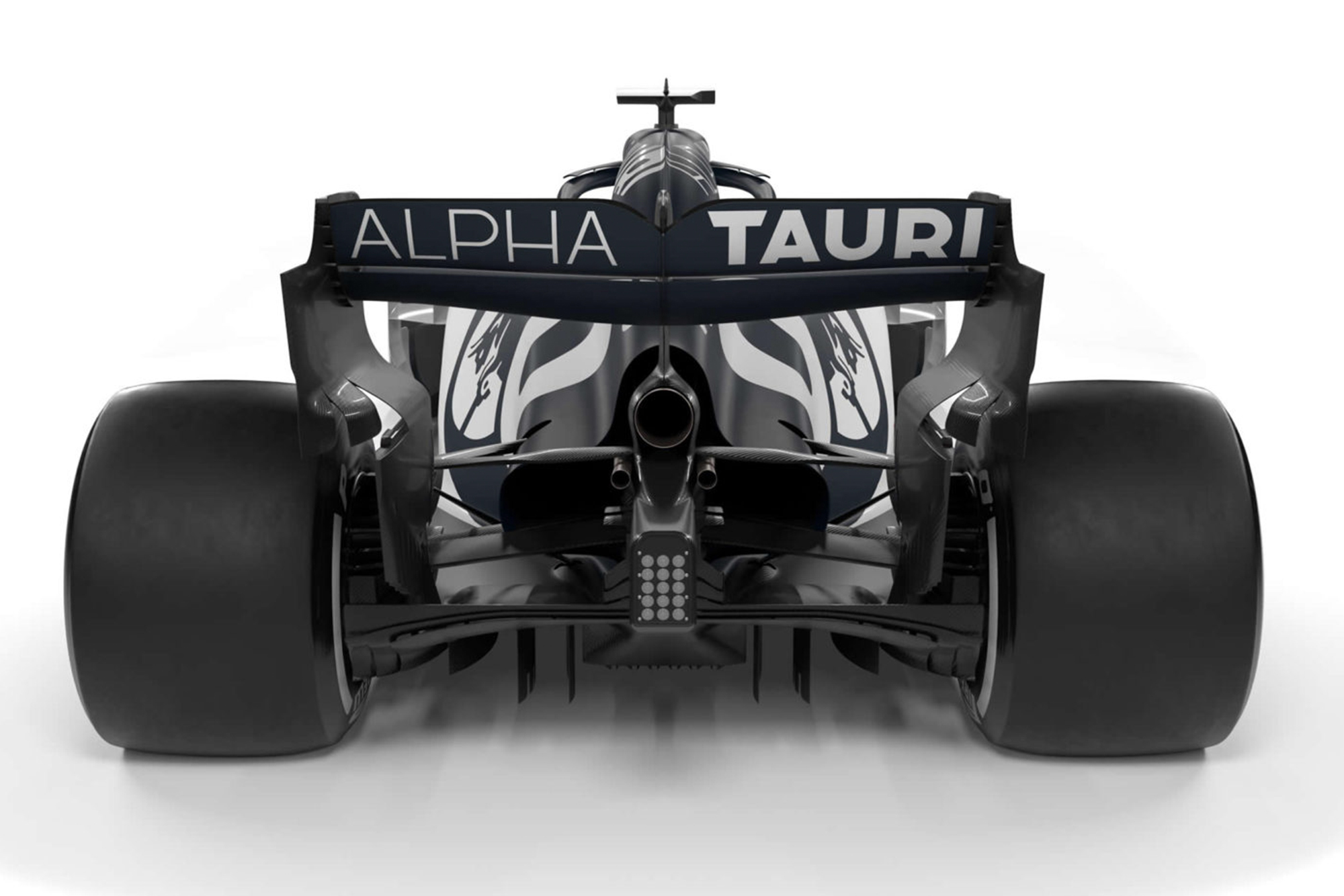 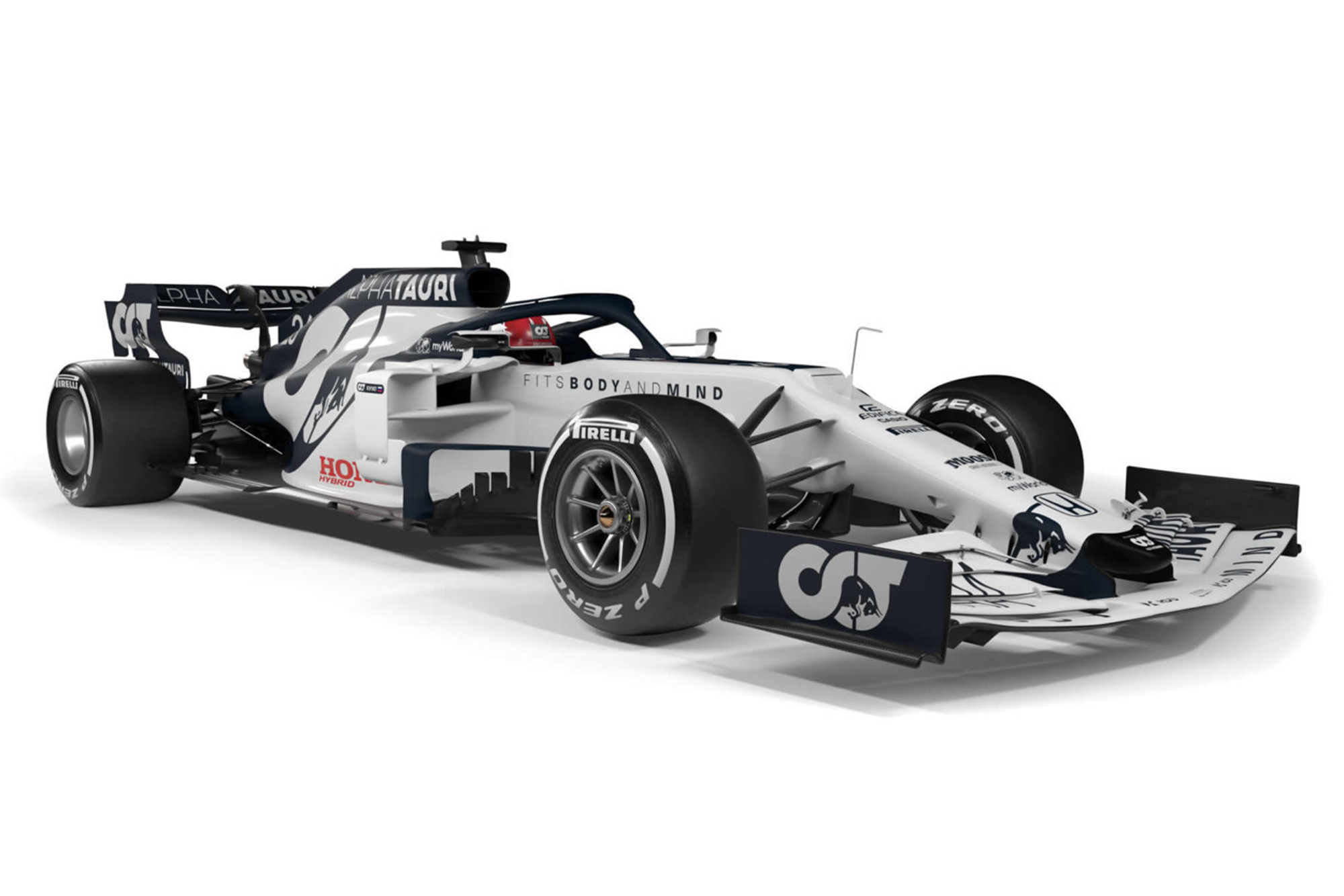 The new car’s launch was held in Red Bull’s Hangar 7 in the Austrian city. Fans had to sit through a lengthy AlphaTauri fashion show, including a parade of its new teamwear, before the car was revealed.

A simultaneous event was held in Milan’s Piazza Del Duomo, where another AlphaTauri car, on the side of the Rinascente department store, was uncovered in front of a crowd in the fashion capital.