Gordon Kirby turns back half a century, when Americans hit a high in racing 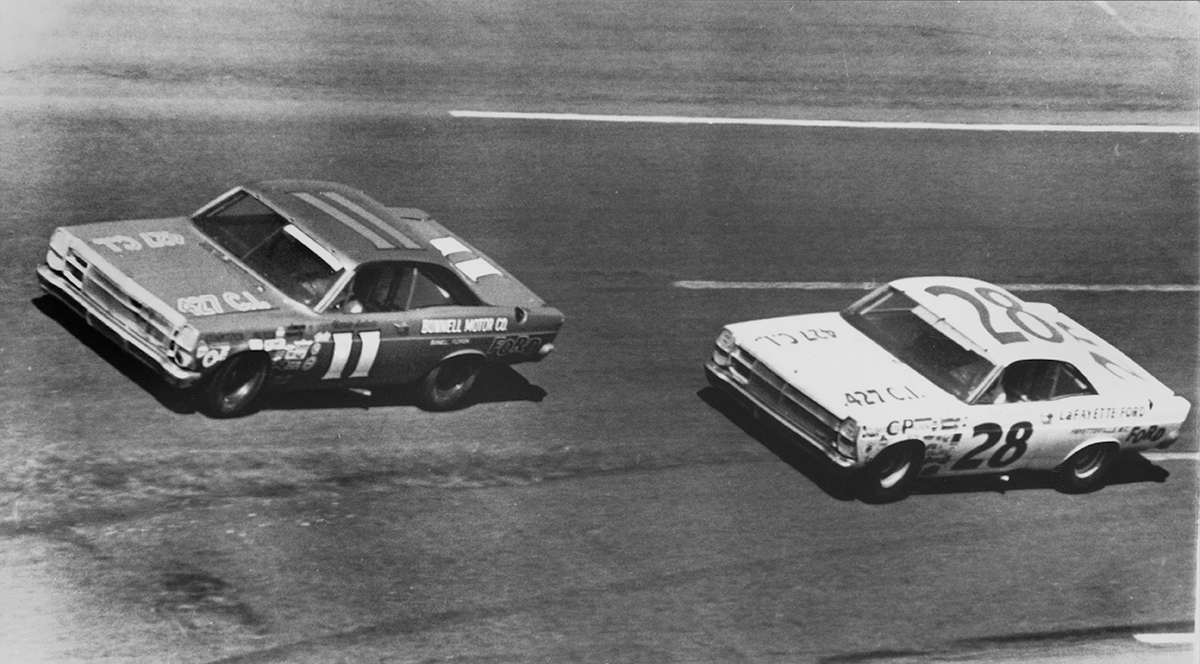 Fifty years ago American drivers, cars and teams reached their zenith. In fact, it’s staggering to look back and consider how many major moments in the sport took place in 1967 from the American perspective.

Early in the 1967 racing season Mario Andretti made a remarkable statement by winning NASCAR’s Daytona 500 aboard a Holman & Moody Ford. Mario was an open-wheel racer from up north, a foreign-born Yankee no less, renowned in midgets, sprints cars and Indy cars, winning his first USAC Championship in 1966. In the pits, NASCAR and Ford tried their best to gift the race to the favoured Fred Lorenzon but Mario drove the wheels off his car using all the track in sprint car style to score a superb win.

A little over a month later Andretti joined Bruce McLaren to win the Sebring 12 Hours driving a Ford MkIV with A.J. Foyt and Lloyd Ruby finishing in second driving a MkII. Andretti would go on to win Sebring two more times with Ferrari in 1970 and ’72.

At Indianapolis in May, Andretti qualified on pole with his Dean Van Lines Brawner/Hawk-Ford but like everyone else he was blown away in the 500 by Parnelli Jones and Andy Granatelli’s STP turbine car. Parnelli drove around the outside of Andretti in the first turn and ran away on his own, leading 171 of 200 laps (save pitstops). But with barely four laps to go the turbine broke a drive bearing.

Parnelli blamed himself for pushing too hard on his way out of the pits handing the 500 to A.J. Foyt, the only man still running on the same lap as Jones and came home to score his third Indy win in six years. That was Foyt’s first Indy 500 win with one of his own Texas-built Coyotes, which he developed and raced over the following 10 years. His fourth win, in 1977, was scored in a very different Bob Riley-designed Coyote.

Next came Le Mans, where Foyt teamed with Dan Gurney in a Ford MkIV to win the 24 Hours ahead of Mike Parkes and Ludovico Scarfiotti’s Ferrari 330P4. It was an epic win and on the spur of the moment Gurney famously initiated the tradition of spraying champagne, at the time showering bubbly on Henry Ford II and his wife. 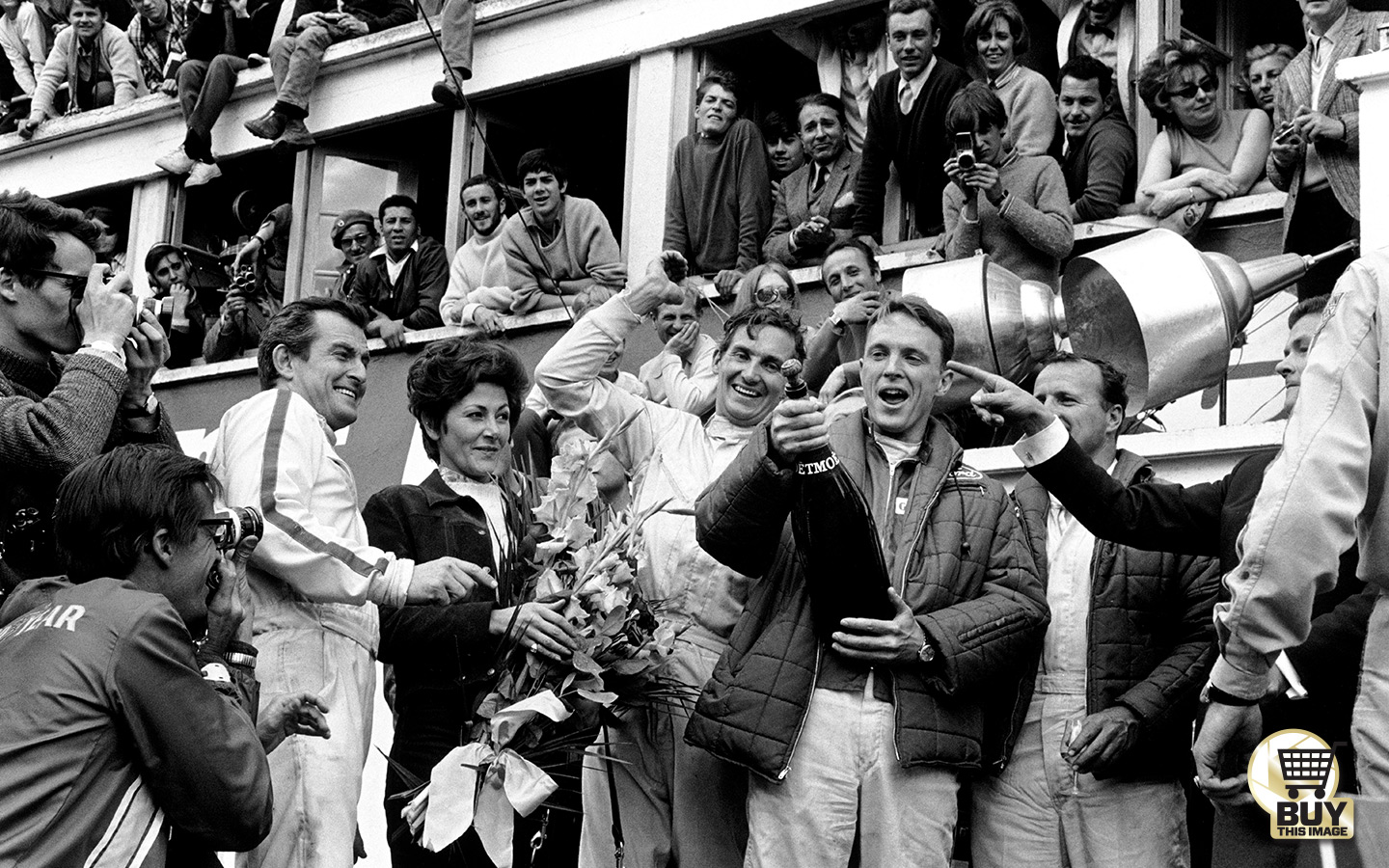 The Belgian GP at Spa took place on the following weekend and Gurney wrote his name even more powerfully into the history books by winning the race in one of his beautiful AAR Eagle-Weslake V12s. It was the first time an American had won a Grand Prix driving an American car since Jimmy Murphy won the 1921 French GP for Duesenberg. Dan also led the German GP at the Nürburgring in 1967 before Goodyear pulled the plug on the Eagle F1 project in 1969.

In August of 1967 the first Canadian GP for Formula 1 cars took place. The race had started in 1961 as a Can-Am-type sports car race but F1 arrived for the first time in ’67 with Jack Brabham and Denny Hulme finishing one-two in their Brabham-Repcos. Gurney took third in one of his Eagles. I’m pleased to say I was there watching from the top of turn two among a throng of fans to witness it all.

Of course, the Can-Am had come to life the previous year with John Surtees winning the inaugural championship with his own Lola T70. The Can-Am drew spectacular cars and huge crowds, hitting its stride in 1967 as Denny Hulme and Bruce McLaren won five of six races with their Gulf orange McLaren M6As. McLaren won the championship from Hulme initiating the ‘Bruce & Denny Show’. Team McLaren went on to dominate the legendary series, winning four more titles through 1971 with McLaren, Hulme and Peter Revson.

Also in 1967 Mark Donohue won the United States Road Racing Championship driving a Sunoco Lola T70 for the fledgling Penske Racing. Donohue’s USRRC title put the team on the map and was the first of many championships Penske would win in a remarkable history that continues to unfold today.

Meanwhile, the 1967 USAC Championship included 21 races run on paved ovals, dirt ovals and road courses. The championship came down to a three-way battle between Andretti, Foyt and Bobby Unser, with Foyt beating Andretti by the slimmest of margins after Andretti drove no fewer than three cars in the season finale at Riverside in a desperate attempt to seize the title. Mario won seven races that year. Foyt won five times but A.J.’s bonus points for winning the Indy 500 put him over the top.

The year also witnessed a remarkable feat in NASCAR as Richard Petty won 27 races on the way to the second of his seven championships. Nobody has come close to winning as many races in a major category as Petty in 1967. Through the late Sixties and early Seventies ‘The King’ defined NASCAR.

Despite the achievements of Petty, Foyt and Gurney in 1967 the motoring writers of America decided at the end of the year that Andretti deserved to win the USA’s ‘Driver of the Year’ award. It was a difficult vote in a year and era filled with giants of American racing.