Comebacks: Sinatra, Elvis – now, that was Special – and Formula One world champions. The smell of the grease and the roar of the exhausts have tended to prove hard to resist for warriors who apparently have – or perhaps/probably should have – sheathed their weapons. But as Michael Schumacher has discovered, it’s a trail strewn with boulders, with a few brickbats thrown in for bad measure.

It can also, of course, sparkle with flecks of gold, as Kimi Räikkönen, the most recent returnee, is proving. Unlike Schumacher, the Finn appears to be following a logical, linear line towards improvement thanks to a firm grip on the necessary processes and procedures. Only when he failed to take an opportunity to pass Sebastian Vettel for the lead in Bahrain has he noticeably faltered. 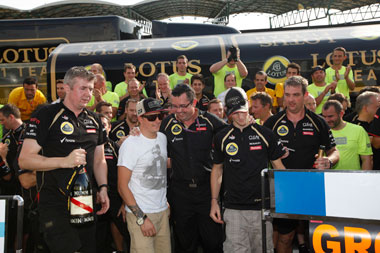 Schumacher on the other hand reminds me of Räikkönen in the WRC: quick at times, but not quite at the races and likely to make a mistake. His Mercedes-Benz is clearly not as malleable or as manageable as the Lotus, but that does not entirely explain away the air of confusion that lingers around his silver machine and its pit. Whereas Michael once had all the bases and angles covered – an escape route from every gravel trap noted in his little red book – now he’s switching off his engine when he oughtn’t.

It’s far from dire – that fastest Q lap in Monaco and the podium in Valencia – and certainly fresh-faced colleague Nico Rosberg is far from rubbing the older man’s nose in it, but it is far, far, far from what has gone before. And that’s sad. He was 40 when he returned in 2010. It’s time for the rest of his life to begin.

Räikkönen, who will turn 33 in October, is likely to re-sign for another season with Lotus. Rightly so. For although the public smiles, assurances and blandishments have emanated from Schuey and Merc, it’s Räikkönen who has revelled, albeit in that stone-faced, monotone way of his. (He prefers to keep his inner James Hunt hidden from public view.)

He is reportedly enjoying the atmosphere at an easygoing team that makes few media demands on him, and the result is that he currently holds a slight racing edge over a young, thrusting, talented team-mate.

It’s been deeply impressive, but is Kimi’s the best F1 comeback?

And my nominations are: 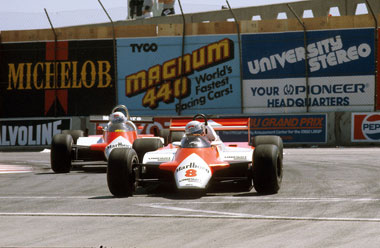 The calculating Austrian needed some schillings for his airline. Ron Dennis needed a king to help forge his new empire. So a deal was struck; whereupon Niki went on strike at Kyalami in January.

Two races later he was stood on the top step of the podium having conquered a crumbling Long Beach. His win at Brands Hatch’s British GP was equally consummate.

He had to be patient, never a strong suit, in 1983, before grabbing his turbo opportunity and using his guile and wiles to pip his faster team-mate Alain Prost to the 1984 world title. After a glorious middle-fingered gesture in Holland in 1985, he flew off into his Indian summer’s sunset. 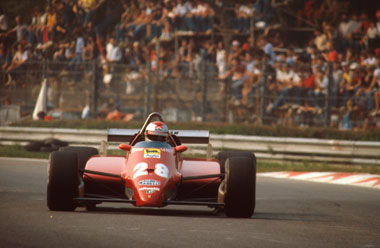 The boots, the Ferrari hat, the pause at the open door of an Alitalia plane at Milan’s Malpensa airport, this American ex-hot-rodder knew how to tap his inner Italian to create a media-whipped storm of expectation.

He escaped it by cruising the Abetone Pass on a motorbike before sweeping into Monza and taking a dramatic pole. Whereas suave Patrick Tambay’s win at Hockenheim had provided a pause for reflection, Mario’s oh-so-cool, enigmatic performance was a release, a realisation that life and the team would go on in the aftermath of the death of Gilles Villeneuve and the career-ending shunt of Didier Pironi.

A sticking throttle restricted him to third in the race but, in truth, his ‘work’ had already been done. That he ended his F1 career a fortnight later parked in a dusty Los Vegas lot is of little import. 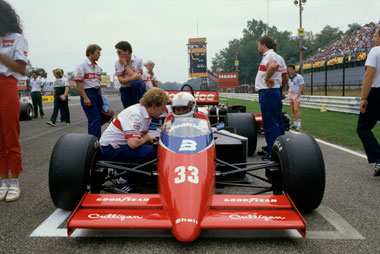 There were hints of desperation to this one. The strident Australian had departed in style in 1981 after winning the Caesar’s Palace Grand Prix. But now he was back – 40lb overweight and rumoured to be lighter in the wallet – with mid-grid Arrows.

He did well to qualify slightly better than that, but 75 laps of a bumpy, relentless street circuit lay ahead. He managed 58 of them before withdrawing, the pins and plates that pinioned a broken femur – he’d fallen off a horse just two months prior – causing him pain. He was knackered, too.

He finished a distant third at Brands Hatch’s Race of Champions before limping away. 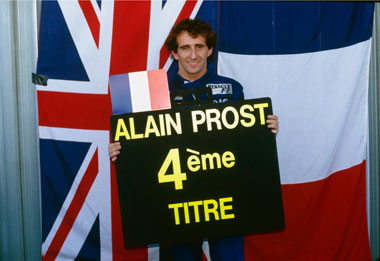 Cast from Ferrari for speaking his mind, the Frenchman endured a sabbatical in 1992. He then had to ‘endure’ driving by far the best car on the grid to 13 poles, six fastest laps and seven victories. For rarely has a world champion been so beleaguered.

All was well within his camp – the team appreciated his surgical precision and effortless speed, especially after the histrionics of Nigel Mansell’s tenure and departure – but outside influences took the shine off his year.

Never the most popular driver, Prost now felt genuinely unwanted, from the new President of the FIA down. This unwilling symbol of the Jean-Marie Balestre era was relieved to walk away – and hop on his beloved bicycle – at the season’s end. 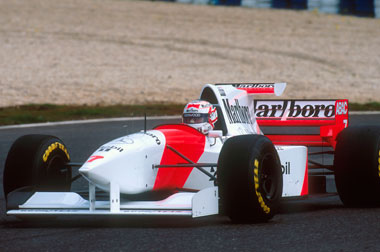 Predictably, the prickly Brit had been brilliant and much loved in the USA before swiftly falling out of love – a two-way street – with the Indycar scene. Williams received him with relieved arms in the fallout of Ayrton Senna’s death in 1994, and he won, somewhat luckily, at Adelaide. What a brilliant way for the 41-year-old to bow out, thought the many.

The few, however – the man himself, McLaren and Mercedes – agreed to an unlikely marriage for 1995. Inconveniently, the pug ugly MP4/10 was too slim-hipped for an oval-shaped derrière. The rushed-through B version bombed too, and Mansell gave up and stood down after just two races.

Dignity was never his priority, but this brave and exciting racer deserved a much better farewell.

A mixed list then. And that doesn’t include world champions Mika Häkkinen or Jacques Villeneuve, who turned to DTM bash-em-ups and rumbling V8s with gear levers apparently removed from Great Western signal boxes to slake their thirsts for speed and competition.

In truth, the best comebacks are those that never happened. Jackie Stewart and Jody Scheckter made their decisions at the right time and, more importantly, stuck to them. As many of the best of the best have shown, for better or for worse, that’s not easy to do.