When Aston Martin returns to the Formula 1 grid in 2021, it will be the end of a 61-year absence of the British manufacturer.

The announcement that Racing Point is to become Aston Martin next season will result in the second rebranding of the Silverstone-based team in three years, but this time it will be using a name with F1 history — albeit brief.

The 1950s saw the manufacturer develop a single-seater to take on the front-running Ferraris, Maseratis and Mercedes in the new 2.5-litre formula, introduced from 1954.

With resources stretched, as it developed the DBR1 sports car simultaneously, Aston produced the 2,493cc-powered DBR4 in time for the 1958 season.

The company had high hopes for the car’s potential: John Wyer, who headed the F1 project, suggested that it could challenge the Maserati 250F that had taken Juan Manuel Fangio to a fifth world championship the season before. “We had no trouble going faster than the Vanwall and Maserati 250F,” he said.

Tony Brooks told Motor Sport’s Andrew Frankel that the DBR4 was a far nicer and better handling car than the Vanwall VW5, which won six races in 1958 — and he had driven both.

As it was, the demands of a sports car car and F1 campaign took its toll; and the car’s true potential was never proven. The F1 campaign was deferred for a year.

At that point it was too late. By the time the DBR4 saw a race track in F1, the realisation that rear-engine design was the way forward had dawned and the outdated Astons struggled to compete. 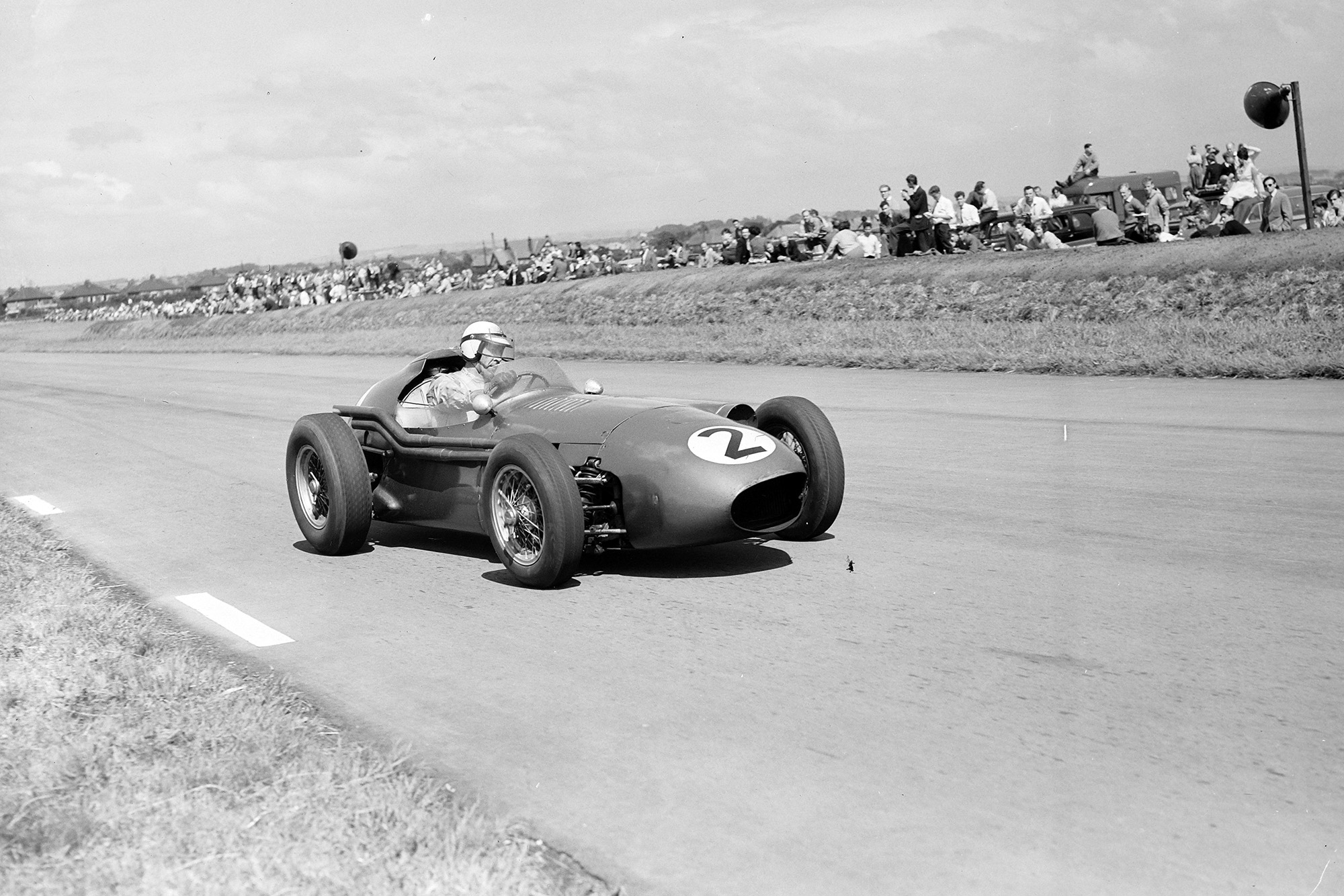 Roy Salvadori may have finished second in the DBR4 at Silverstone’s International Trophy race in May 1959, but that would be the high point. Engine problems led to race retirements, missed championship rounds, and restricted performance. The car could only manage a best-championship result of sixth at the Portuguese and British Grands Prix, both at the hands of Salvadori.

At the front, Vanwall took the honour of being the first British constructors’ champion. Jack Brabham claimed the first of his three championships in a rear-engined Cooper.

A new car was introduced for 1960, but the DBR5 was a reworking of the previous challenger rather than the all-new rear-engined car that was needed.

Aston Martin Project Cars: the prototypes that could have been the marque’s greatest racers 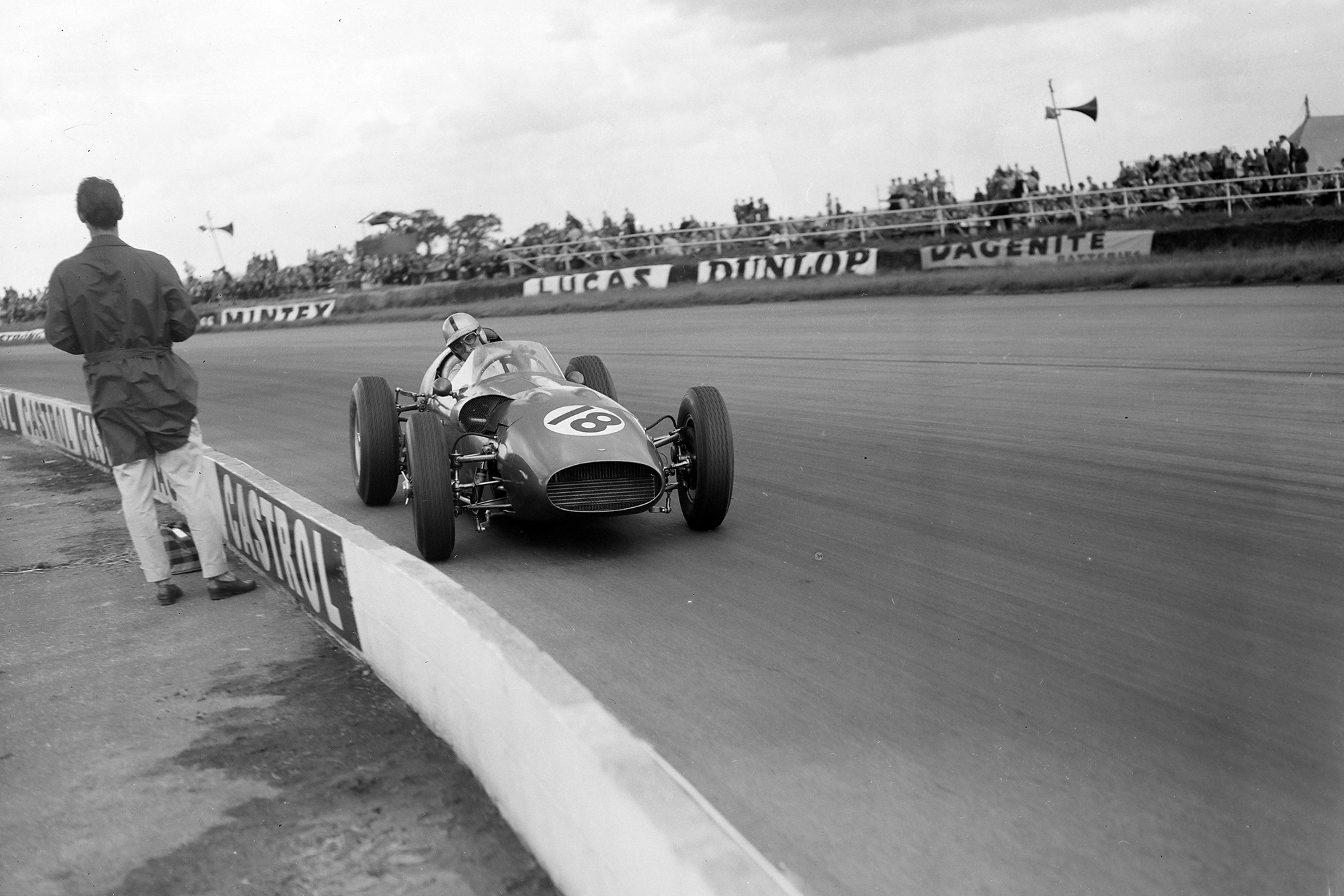 Salvadori in the uncompetitive DBR5 at the 1960 British Grand Prix

A row over starting money at the Dutch Grand Prix meant that the car took the start of just one championship race in 1960. Aston Martin’s last foray in F1 came at the British Grand Prix in what was a largely forgettable affair for the uncompetitive DBR5.

Maurice Trintignant finished 11th in that race while team-mate Roy Salvadori was forced to retire from the race with a steering issue. And that was the last that the Formula 1 paddock saw of an Aston Martin factory team. Until February 2021.

With investment from Lawrence Stroll at the Racing Point Silverstone factory, the fortunes of the current team look to be a world apart from the near-fatal summer break of 2018 which began with the team being placed into administration.

Along with new regulations and investment from Stroll expected to begin showing returns, 2021 might be the perfect time for Aston Martin to return to the Formula 1 stage.