Unlike the tyres during the race, the atmosphere at the British Grand Prix couldn’t be burst quite so easily.

While the race might not have been the best advert for the sport, the crowds at Silverstone were. There are always races where you know you will get bumper crowds, knowledgeable fans and an amazing atmosphere. Generally, any race in a big city is like that. Take Melbourne for example, where Albert Park is accessible by trams, buses, trains and cars – at worst you could walk. The fans and atmosphere there are great and normally the sun is shining, apart from qualifying day this year where they got a taste of Silverstone! Montreal is exactly the same. 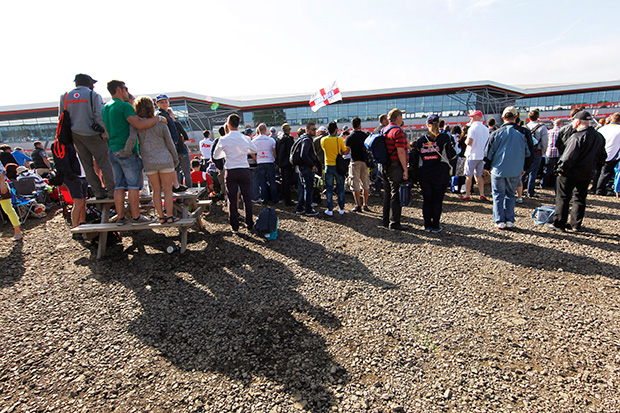 But Silverstone is not in a city, it is in the middle of the British countryside, not particularly easy to get to, the tickets prices are high as the race isn’t subsidised by the government like in some countries and the weather is, at best, unpredictable.

80,000 people came to the track on Friday. I was in the pitlane during FP1 and even with the washed out session and hardly any on track action, the fans still stayed and supported. In the afternoon they were rewarded by dry weather and a lot of laps which everyone was very relieved about. Don’t think the drivers don’t care about the fans – they do and they are often embarrassed not to be out on track while everyone sits and watches them in the garages. Jenson Button said so during FP1 and most drivers appeared on the pitlane to salute the crowds.

President of the BRDC and ex-driver Derek Warwick said to me that if he was a still driving then he would have gone out and done some laps, albeit slowly and carefully, just to let them home fans see a home driver on track. There is no doubt that something should be done to ensure some sort of a show is put on. How exactly it works is down to a bigger and more highly paid motor sport brain than mine to work out! 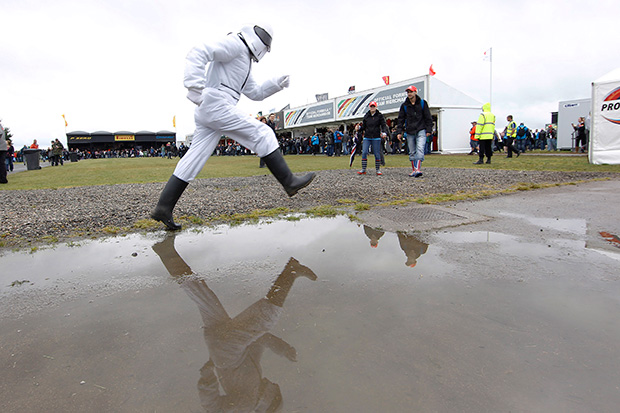 Fortunately for Warwick and the BRDC, Silverstone coped well this year. The chaos and problems of 2012 had been resolved and also the weather co-operated too. By Sunday, it was deceptively hot and, as always, the Silverstone wind deceptively cold. Basically it meant a lot of red people enjoying the Red Arrows!

Each year at Silverstone I am lucky enough to go on the drivers’ parade which is always a season highlight for me. I enjoy seeing the passion of the fans but more than that I love seeing how the drivers don’t tire of seeing the support either. Every year, Lewis Hamilton and Jenson Button are blown away by the signs, flags and support. Paul di Resta is getting more used to it now and Max Chilton, at his debut home GP was almost rendered speechless! I also like seeing the reaction of the non-British drivers who still get cheered by the crowd. Fernando Alonso and Sebastian Vettel both love the atmosphere even if they know the cheers aren’t initially for them. They both also know that the Silverstone fans appreciate good racing and driving and that is something they help with!

It was an emotional one for Mark Webber who is almost classed as the fifth Brit on the grid – he actually lives in the UK whilst the others flee for sunnier, tax free climates. For almost 20 years he has been living close to Silverstone and coming to the circuit. He has had some of his best wins here and has incredibly fond memories of the place. Sunday was the last time that he will race an F1 car round the track and you could tell after the race that it was on his mind. 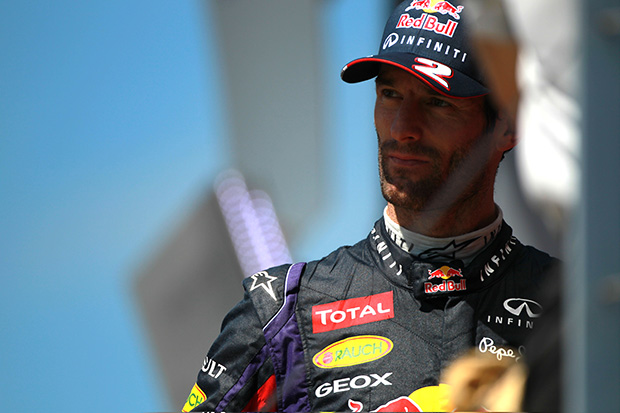 Mark is a straight talking guy who doesn’t dabble too much in sentimentality but he has always said there were three tracks that he would miss: Albert Park, Monaco and Silverstone. While Nico Rosberg was a worthy winner of what was a very strange Grand Prix, I don’t think there would have been too many people who would have denied Webber a final and third win at his adopted home race.

Now though, it is time to prepare to go to Germany. This time next week we will be just about at the half way point of the season. It seems we’ve already had an enormous amount of rucks and racing and there is plenty more to come!