As F1 returns to Sochi, Paul Fearnley has a plan for the calendar… 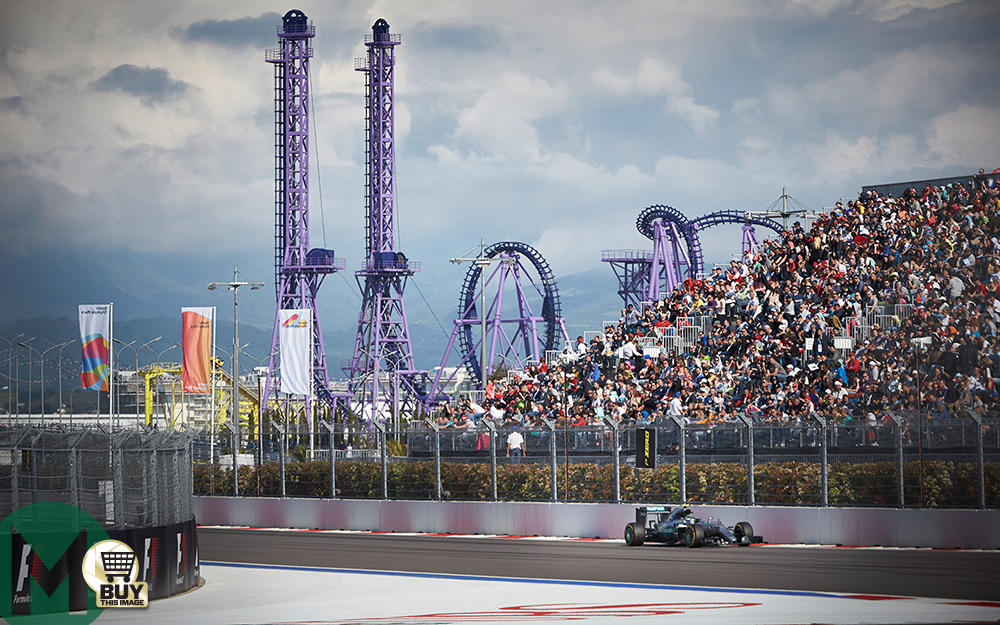 Touchy-feely Liberty Media has a difficult geo-historical balancing act ahead of it, as witnessed by its recent Baku snafu.

Must a world championship be truly global – Americans clearly think not – if it means that that desire undermines the pillars of a sport?

That France, motor racing’s mother country, has not hosted a Grand Prix since 2008 is indefensible.

That Germany is this year absent – as it was in 2015 – is similarly obtuse.

But then again, that (possibly naïve) newcomers India, Korea and Turkey have been left high and dry with white elephants/turkeys of F1 venues hardly seems fair.

(I reckon that Holland’s Zandvoort (below) would be packed to the gunwales given the opportunity, too.) 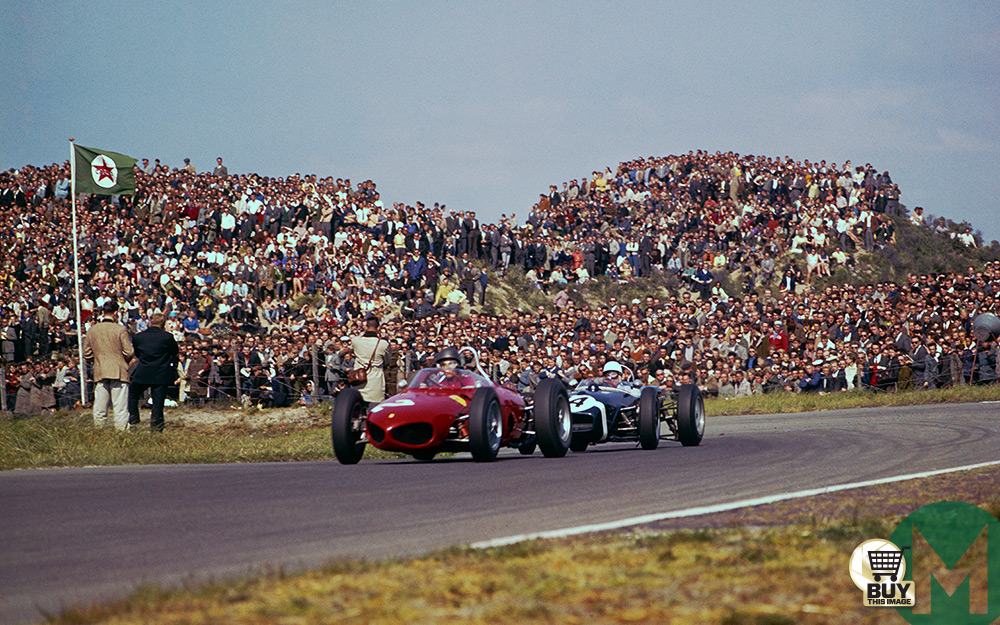 Already that calendar is looking pretty global and includes most of the more interesting and challenging circuits.

The latter is something that France and Germany have sadly lacked since, respectively, Clermont-Ferrand in 1972 and the Nürburgring Nordschleife in 1976. Their publics appear to have fallen out of love with F1 for the moment, too. But these countries are fundamental to our sport and should be perennials no matter what. No question.

But given that variety is the spice of life why not rotate the remaining dates among a wide and diverse selection of satellite venues?

Wouldn’t that spread the costs, make every ‘rogue’ GP extra-special and allow for genuine wildcard one-offs?

Yes, this is a simplistic viewpoint. But why must everything in F1 be so complicated?

And yes, I know that the answer to that is money. But the money-grabbers/asset-strippers have gone now, haven’t they?

Can there really be no room for wriggling in this age of superconnectivity?

When the Suez Crisis caused the cancellation of the Belgian, Dutch and Spanish GPs of 1957, the longest and woolliest circuit to feature in the world championship memorably filled the breach: Pescara, which packed two long and narrow straights linked by a twisting mountain section dotted with villages within its 16 miles. Naturally, Stirling Moss didn’t flinch and gave Vanwall its second world championship victory over ‘those bloody red cars’.

At the other end of the spectrum, AVUS – two long and wide straights linked by a hairpin and a ‘Berlin Wall’ of a brick banking – hosted the 1959 German GP, the only such race to be decided by two planned heats. Tony Brooks finger-tipped his Ferrari Dino to victory and Hans Herrmann somehow escaped with cuts and bruises when his BRM P25 tipped him out as it tumbled down the road.

The weird and the unusual often create and generate the unforgettable.

Oporto in Portugal, with its cobblestones and tramlines, in 1958 saw Moss win by a record margin: 5min 13sec. He also saved championship rival Hawthorn’s bacon by giving evidence that reversed a ruling to disqualify him. 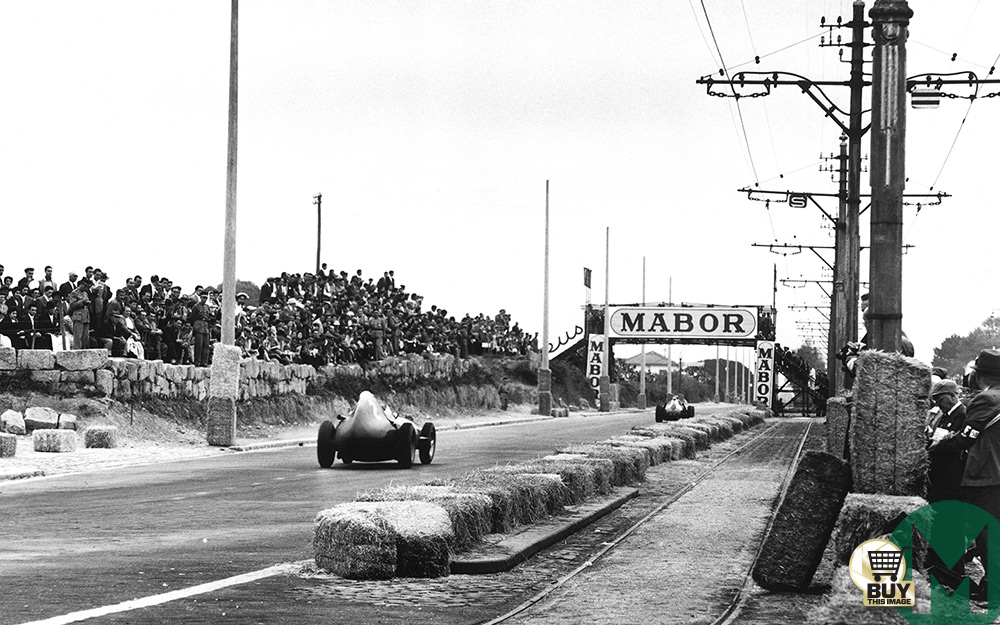 The 1959 finale at Sebring saw Jack Brabham push his Cooper across the finish line to become champion for the first time.

At Oporto in 1960, but for a slippery brake pedal and a moment’s indecision, John Surtees would have won a car GP in the same season that he was winning two motorbike world titles.

The bumpy Zeltweg airfield circuit played havoc with suspensions in 1964 but saw Ferrari’s Lorenzo Bandini score his only F1 victory.

The Caesars Palace GP of 1981 was held between concrete blocks erected in an overspill car park – money talked even then – but provided a title nail-biter as Carlos Reutemann tanked and Nelson Piquet crossed the line in a stupor to win by a point.

The surface of Fair Park in the Dallas heat of 1984 was a crumbling disgrace that triggered 17 accidents, Nigel Mansell theatrics – and one of the truly great victory drives, by Keke Rosberg in a Williams-Honda with a light-switch power delivery.

Phoenix’s street circuit was a bust, too, and its GPs overshadowed by a nearby ostrich fair – but there are those among us who will always remember Jean Alesi’s hustling of Ayrton Senna.

Donington Park’s European GP of 1993 is forever etched on minds because of Senna’s opening lap and Tom Wheatcroft’s smile on the podium: there has been no bigger enthusiast than he. (He’d suffered a heart attack on the run-up to the race that he long craved.)

And Baku last year saw speeds of 230mph-plus on a street circuit!

There isn’t room for all things F1 in 12 months – 20 GPs is more than enough – so why try to squeeze them in? Swap it about a bit, more comprehensively, imaginatively and regularly, at its fringes.

In that way I might even come to love Russia’s GP. Sorry, Sochi.