Behind the cover story of our June 2018 magazine: ‘Being Jack’ – a world exclusive track test of Brabham’s greatest Formula 1 racers 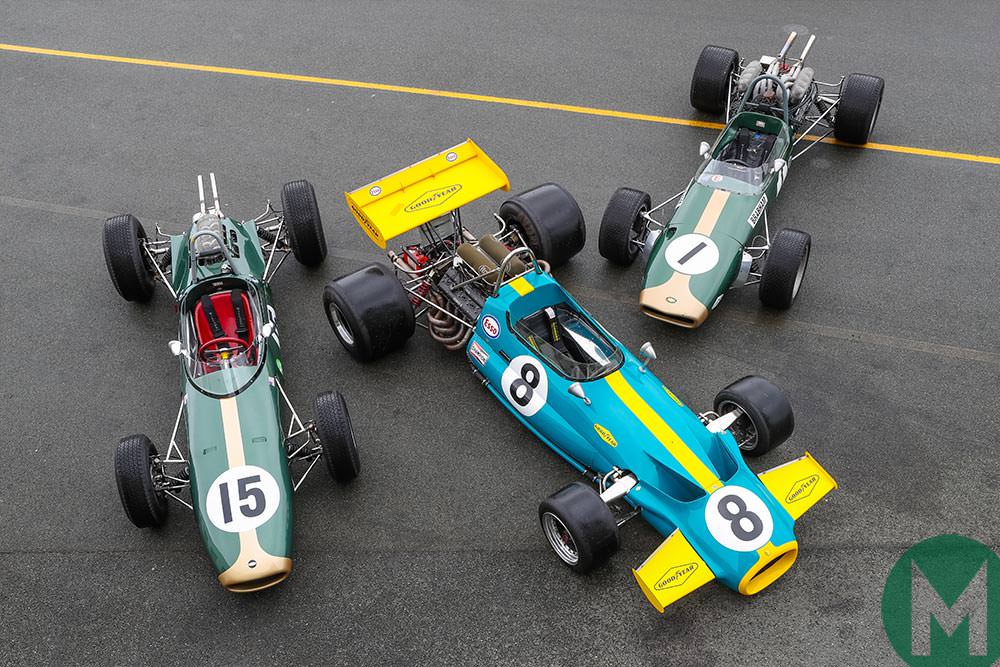 Most assignments for Motor Sport are special, but every now and again they are truly spellbinding. With Anglesey’s scenic Coastal Circuit booked exclusively for two days, a trio of magnificent Brabham Grand Prix cars and Jack’s son, David Brabham, to share driving duties and chat about his father’s achievements, our ‘Being Jack’ gathering was one such moment.

Even though there’s photographic and video evidence to prove it happened I still have to pinch myself at the recollection of what we did. Having James King’s BT7 present was remarkable in itself, for this is the actual car Dan Gurney drove to Brabham’s very first Grand Prix victory, at Rouen in 1964. A precious, pristine piece of history put at our disposal by its incredibly trusting owner.

It says a lot of our time at Anglesey that the experience of driving that wonderful car was somehow shaded by seeing David drop into its cockpit and drive it himself for the very first time. Another piece of history made right there in front of me. When he returned to the pit lane a little while later David’s body language spoke volumes – Jack’s own flesh and blood and a formidable racer in his own right, sat quietly for a moment or two, staring into the distance reflecting on this exquisite car and the formative role it played in his own life and that of his father. What it means to be a Brabham is very definitely bound into that car, like ghosts in the machine.

If there was emotion then there was also plenty of excitement. I fell in love with all the cars, but the one that really made an impression on me was the BT24. The way it looked and sounded truly gave me goosebumps, while driving it gave me renewed respect for the men that raced in an era defined by beautiful cars and brutal danger.

There were also unmistakable exhaust notes from a trio of iconic Grand Prix V8s. It’s quite the day when you can claim to have driven engines from Climax, Repco and Cosworth. Better still when you’ve stood on the pit wall and heard three Formula 1 cars hammer round in turn, each snapped upshift and heel-and-toe downshift keening in their wake like echoes from the past.

Driving three Grand Prix Brabhams is something I’ll never forget, but, beyond the sheer thrill and privilege of those once-in-a-lifetime laps, it’s the insight I gained into Jack Brabham that will also live in my memory. To survive those hair-raising days was remarkable in itself, but to find the resolve to compete with race-winning commitment across three decades (and well into his forties) reveals a character of rare strength and determination.

Spending time with David shows him to have those same qualities. The world has changed immeasurably since his father upped sticks and came to Britain, but in working tirelessly to resurrect the Brabham marque David has taken a pivotal step in honouring his father’s legacy. The Brabham story is a remarkable one. Here’s hoping this exciting new chapter sees that great name return to winning ways.