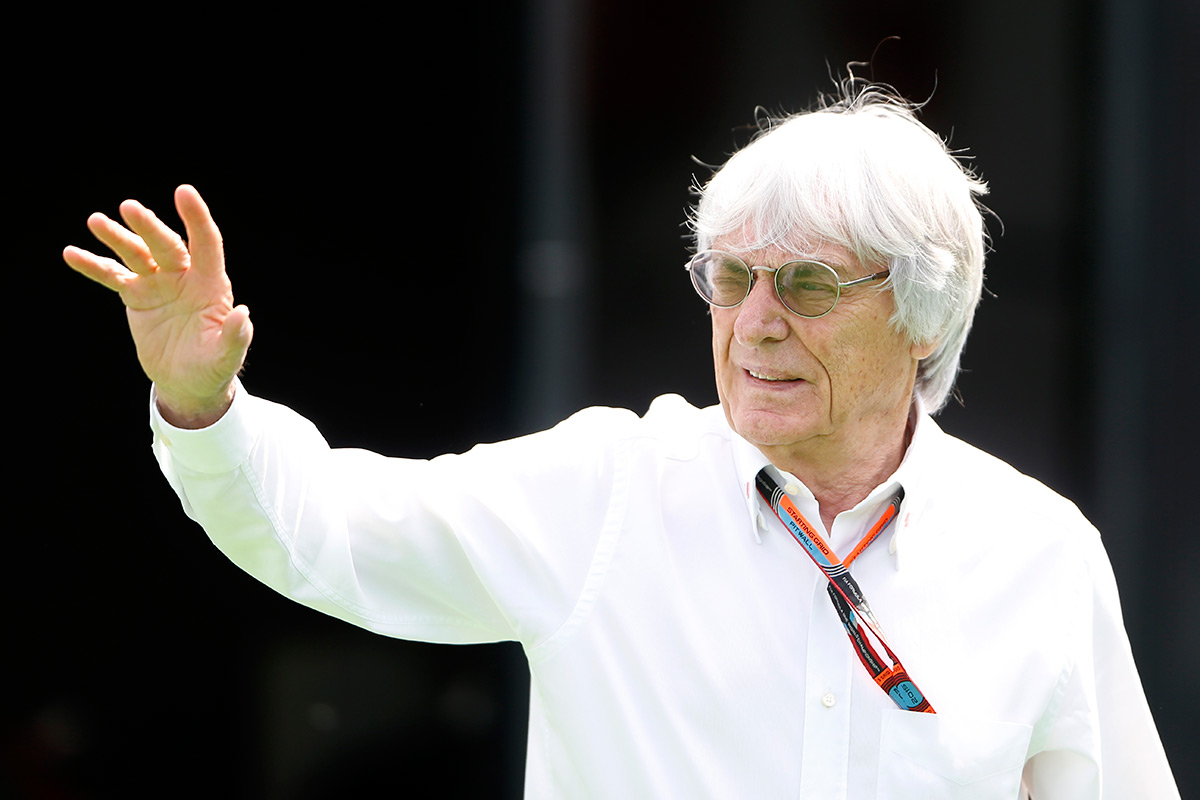 So it’s happened. Bernie Ecclestone is no longer running Formula 1. Liberty Media’s Chase Carey takes over with immediate effect and Bernie has an honorary title that Liberty surely hope will keep him from making mischief. But who knows?

It concludes one of the most remarkable sports or business stories ever told, over three decades running the show and transforming it from a minority interest activity into a global phenomenon. He did it so successfully, in fact, made it so commercially devastating that it eventually fell out of his hands. But not before he’d bought and sold it several times over. His ideal customers each time were people who just wanted in on the gravy train, who thought they could afford a stake, but without having any real knowledge of the sport behind it or the slightest intention of trying to run it. Thereby leaving Bernie in the driving seat. Credit to Bernie, he kept finding them. Some went bust trying to hang on, banks took over the assets, a banker went to jail, Bernie found others to buy the creditors’ slices and the whole thing just kept ballooning. CVC, the private equity company, did a brave deal in buying the commercial rights a decade ago when there wasn’t a legal company to be found that was prepared to state categorically that the 100-year duration of those rights was legally sound. It decided to risk it anyway and made one of the all-time great business deals.

Bernie wasn’t the villain in those rights being leased out to him by the FIA for such an outrageously long period and drastically under-valued fee. But once it was done, the worst of the commercial excesses followed. He was simply a businessman – and a brilliant one – being a businessman.

Had the original plan of floating F1 on the Singapore stock exchange after a few years played out, Bernie would probably still be in charge. But the old-school way of doing 21st century business caught up with him. There’s never a good time to be on trial for bribery but in the midst of the attempted float was particularly unfortunate. This left CVC a few years to find a purchaser, which duly came along in the form of Liberty. But a media company was always going to be buying with the intention of developing the business, with its own very clear ideas of how it was going to do that. That was an ill-fit with the one-man entrepreneur model.

So the inevitable has happened. At 86 years old, you still wouldn’t want to negotiate a deal with him and he can look back on what he has achieved with enormous pride – but that’s not in his nature. He needs a task, a target, he needs always to be moving towards the next one. Off the scale intelligence, not the slightest trace of vanity and a totally left-field character, some of his deals have lessened the sport in recent years but he leaves having overseen far more positive than negative. And even when he was intimating threats to you as a journalist – he suggested he might like to see me imprisoned without trial once – you still couldn’t help but like him and be amused by him.

Read: Why Ross Brawn is the perfect man for F1