All eyes were on the front as Lewis Hamilton reeled in Max Verstappen for the race victory in the closing laps, but there was plenty happening further down the order.

Ferrari hit back against McLaren in the fight for best of the rest while Alpine’s promise from Saturday vanished on race day to give the team plenty to analyse ahead of the next round in Monaco.

George Russell looked like he was on the verge of points until he fell like a stone in the final phase of the race but it could have been even worse for Williams.

Here are a few of the things you might have missed from an engaging Spanish Grand Prix.

2021 Charles turned into 2013 Fernando on Sunday as he powered his @ScuderiaFerrari past a Mercedes on Lap 1 👀 🚀 #SpanishGP 🇪🇸 #F1 @Charles_Leclerc pic.twitter.com/oKGLqdQrvg

As Hamilton and Verstappen battled into Turn One, Valtteri Bottas had to hang back to avoid contact with his team-mate.

Getting into the slipstream kept him out of trouble in the run down to the first corner but he found himself boxed in and having to back out of any potential move.

That brief blip in momentum allowed Charles Leclerc to hang back himself and line-up a sweeping arc into Turn Three around the outside of the second Mercedes at Turn Three.

It was a very similar move to Fernando Alonso’s on Hamilton back in 2013. Like on Sunday, the Ferrari powered around the outside of a Mercedes at the long right-hander. 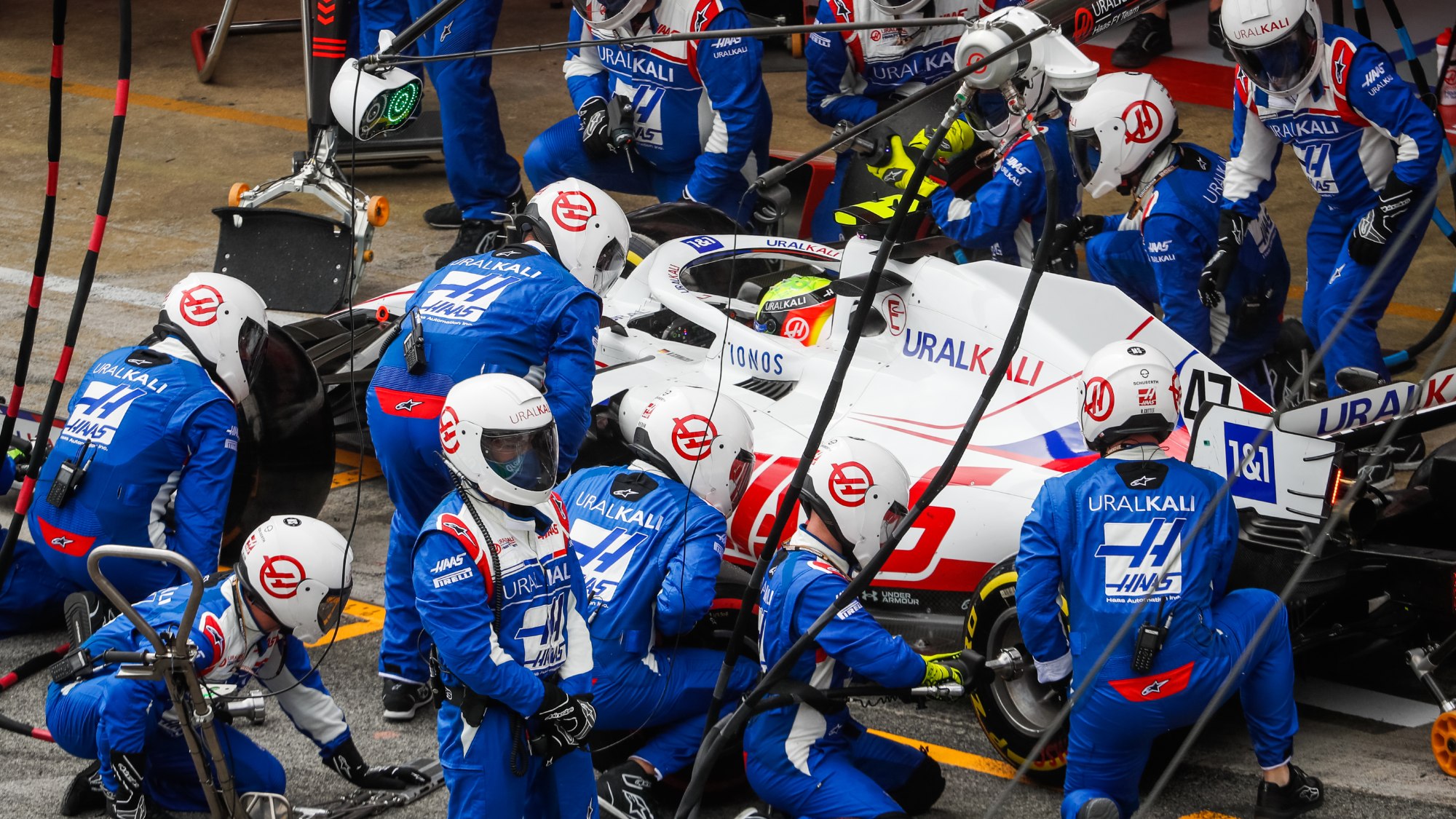 Mick Schumacher was apologetic after crossing the line in 17th place but it wasn’t down to his final finishing position.

The young German actually missed his marks in his final pitstop, sending his front jackman a few feet back from the front of the pitbox.

Luckily, nobody was seriously hurt and race engineer Gary Gannon was quick to ease his worries, informing the 2020 F2 champion that his tiny lock-up hadn’t done any major damage to his pit crew.

Ever the professional, the front jackman was quick to give Schumacher a thumbs up and nod of assurance during the stop to let his driver know there was no harm done and reset his mind ahead of getting back out on track. 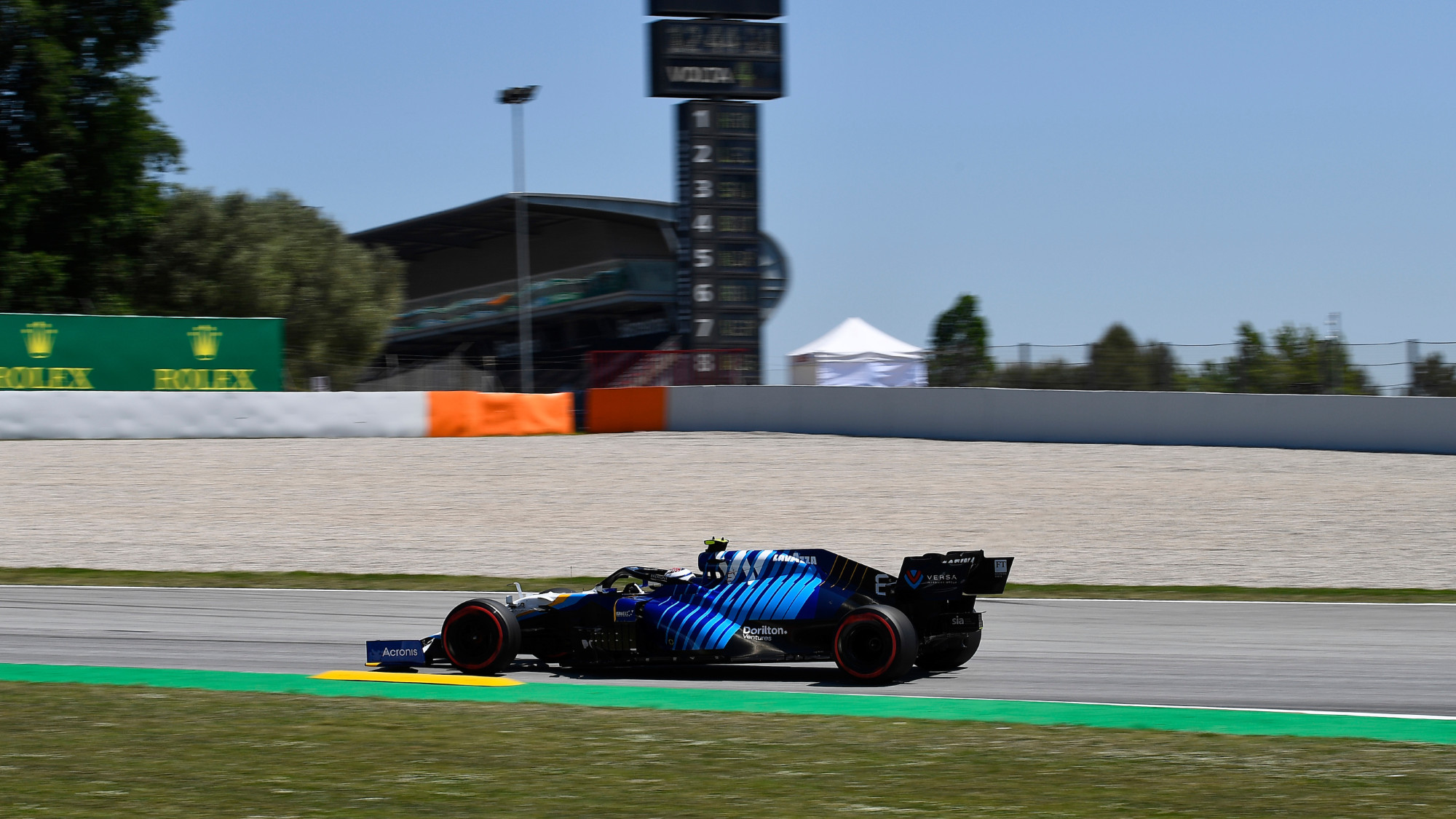 As the wind picked up in the latter half of the race, Williams was always going to one of the teams that suffered more in blustery conditions. The team has admitted it struggles to deal with high winds and it almost cost the team dearly.

On the final lap, Nicholas Latifi almost crashed his car just two corners from home. A snap of oversteer out of Turn 12 put the Williams sideways and into the grass on the outside of Turn 13 entry to the last chicane.

Thankfully for the team, the Canadian caught the snap and was able to rejoin the track ahead of Alonso to retain his P16 finishing position.

Unfortunately for Alpine’s man, it prevented the Spaniard from finishing his effort for the fastest lap of his race to cap off a disappointing weekend at home.

The writing was on the wall from Friday 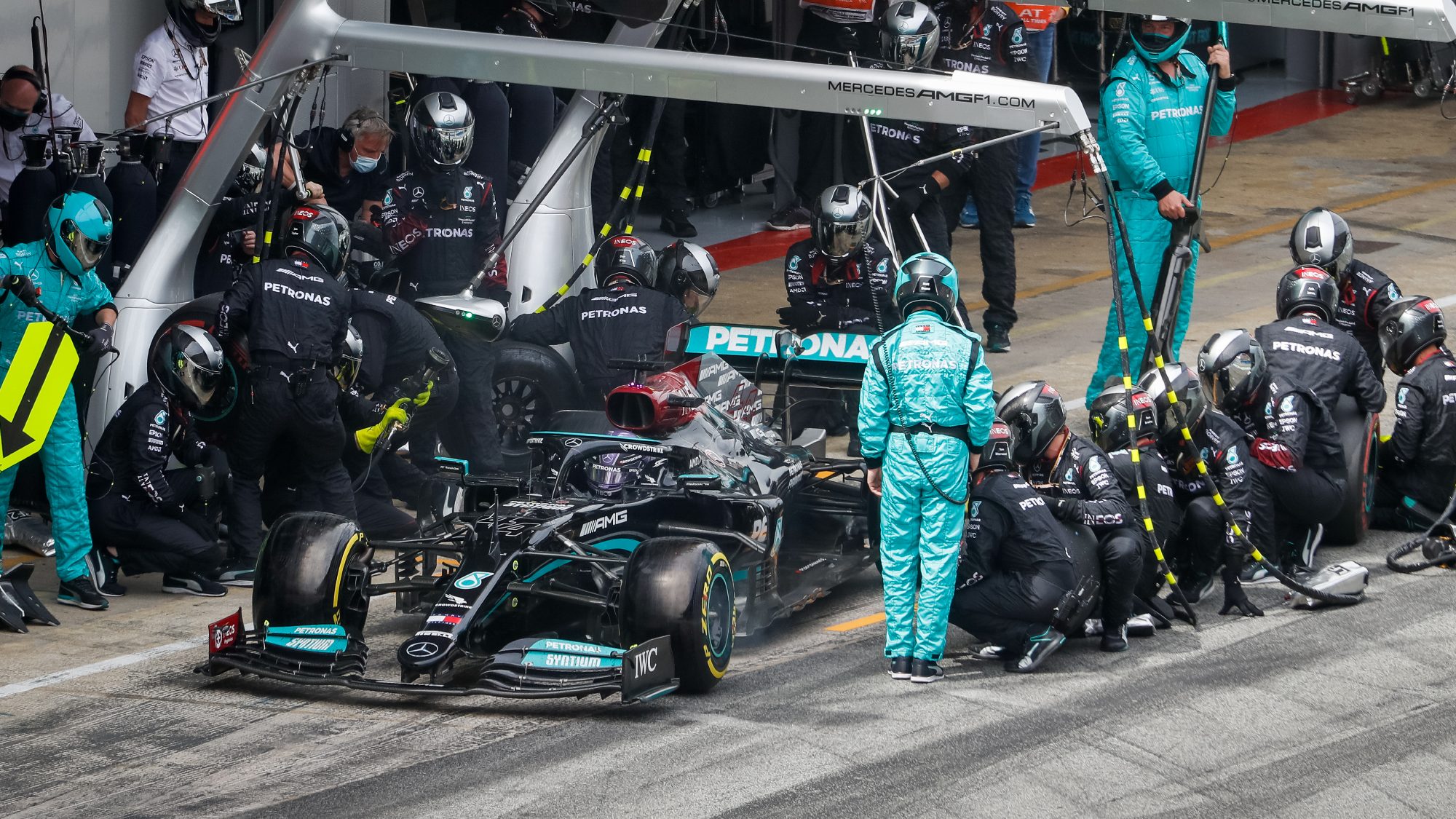 The key to the outcome of the 2021 Spanish Grand Prix was actually in plain sight from the Friday practice sessions. Mercedes held back an additional set of the medium compound tyres while Red Bull burned through their allocation through the course of the weekend.

That decision to not use the yellow-walled tyres and keep the options open on race day was one of the crucial components in a flawless execution by Hamilton on Sunday.

The gap after Hamilton pitted was 22.8sec to Verstappen by sector two of Hamilton’s outlap which could have been just enough for Red Bull to respond right away to the second stop.

Unfortunately for the Milton Keynes team, the only set they had available to use was a set of scrubbed softs, a compound unlikely to make it to the end of the race at the pace the title protagonists were charging around at.

In the end, a fifth-consecutive and sixth overall Spanish GP win for Hamilton was won off the track just as much as on it, but so far this season it is the kind of detail that could decide the outcome of the championship.