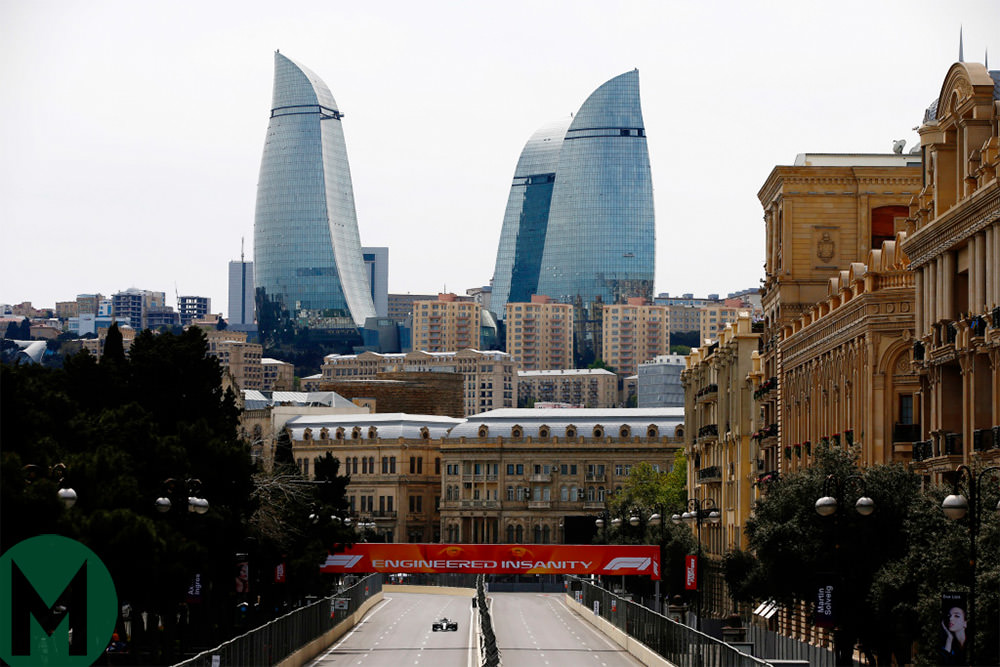 Valtteri Bottas was quickest in the first practice session of the Azerbaijan Formula 1 Grand Prix ahead of Daniel Ricciardo, with Lewis Hamilton fourth.

Ricciardo’s Red Bull counterpart Max Verstappen spun out at Turn 6, ending his session early from a provisional second place, and bringing out a virtual safety car with just over 40 minutes remaining.

Sergio Pérez took third late in the session with a time of 1min 45.075sec, leaving Hamilton just over a tenth of a second behind, and eight tenths off the overall pace. Force India team-mate Esteban Ocon finished fifth ahead of Verstappen.

Mercedes set the early pace, though Ricciardo briefly led halfway through the session before Verstappen’s spin. Bottas later hit back to set the fastest time of 1min 44.242sec with around 20 minutes remaining.

Fernando Alonso, who was 17th in FP1 last year, finished seventh in the session ahead of Williams rookie Sergey Sirotkin. Toro Rosso’s Pierre Gasly finished ninth, just faster than Sebastian Vettel who rounded out the top 10.

Ferrari struggled throughout the session on a green surface with Kimi Räikkönen 15th. He stopped late in the session with an unidentified issue.

The other Ferrari-powered cars didn’t fare much better, with Haas pair Romain Grosjean in 14th and Kevin Magnussen 18th.

Stoffel Vandoorne and Carlos Sainz Jr rounded out the standings.