Valtteri Bottas looked to move on from his poor start to 2021 by taking a fine pole at Portimão. He managed to beat team-mate Lewis Hamilton by 0.007sec in what was a close qualifying.

Max Verstappen was a disappointed 3rd after making a mistake which ended up meaning his first Q3 run – good enough for pole – was deleted. He was unable to worry the Mercedes with his second.

Daniel Ricciardo and Lance Stroll were the big scalps taken by Q1, whilst Fernando Alonso lost out in Q2. 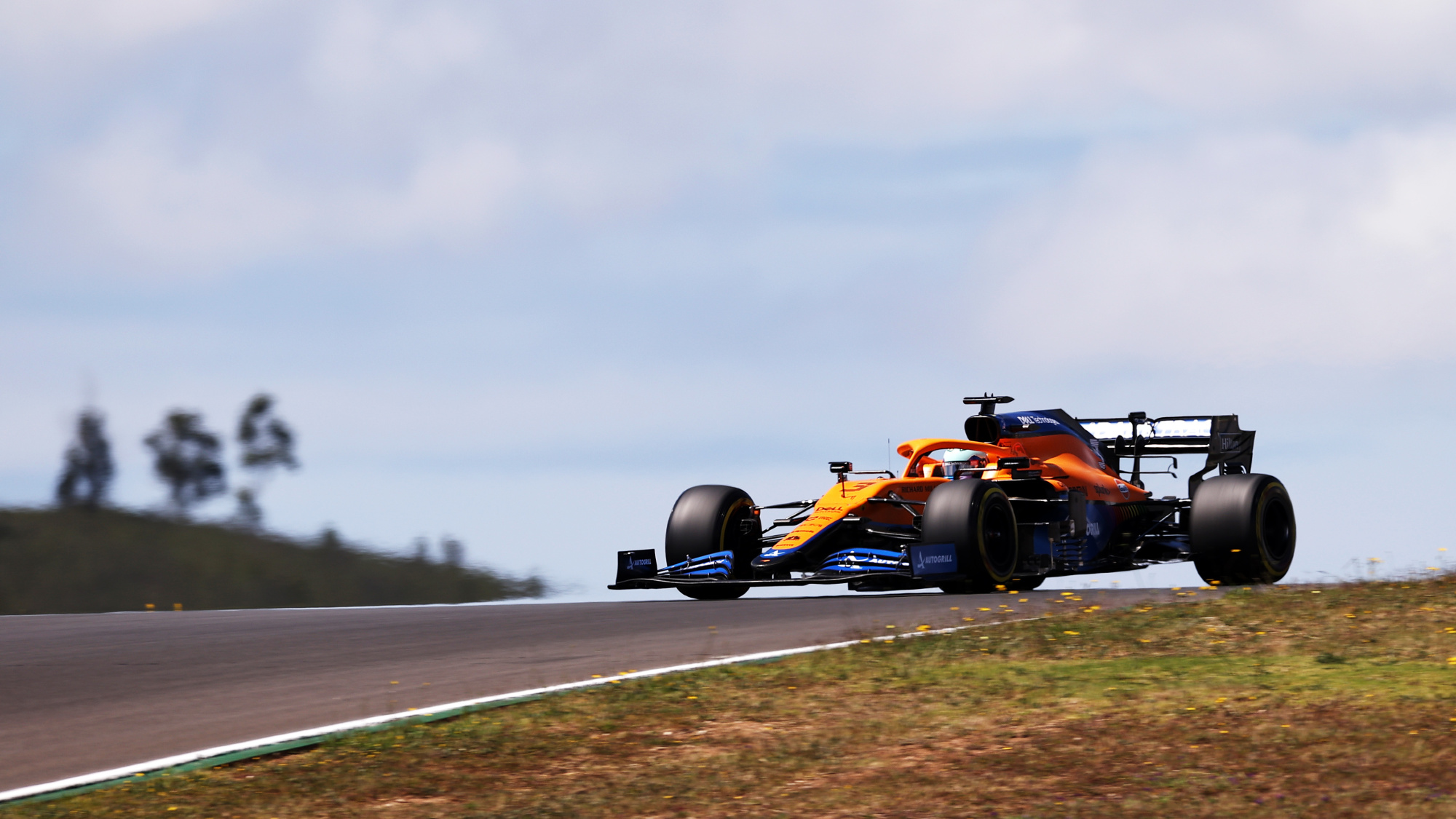 Ricciardo was a big name to drop out in Q1

Several cars headed out early, as drivers scrambled to find space on the undulating Portimão circuit.

Lewis Hamilton had a fast lap deleted, whilst Sergio Perez spun off when caught out by a crosswind.

Daniel Ricciardo and Lance Stroll were the shock exits in Q1. A lock-up for the Australian meant he missed the cut by 0.004sec, whilst the new updates on Stroll’s Aston Martin didn’t seem to be effective. They finished up 15th and 16th respectively.

Behind them was the Nicolas Latifi in the Williams and the Haas pair of Mick Schumacher and Nikita Mazepin. 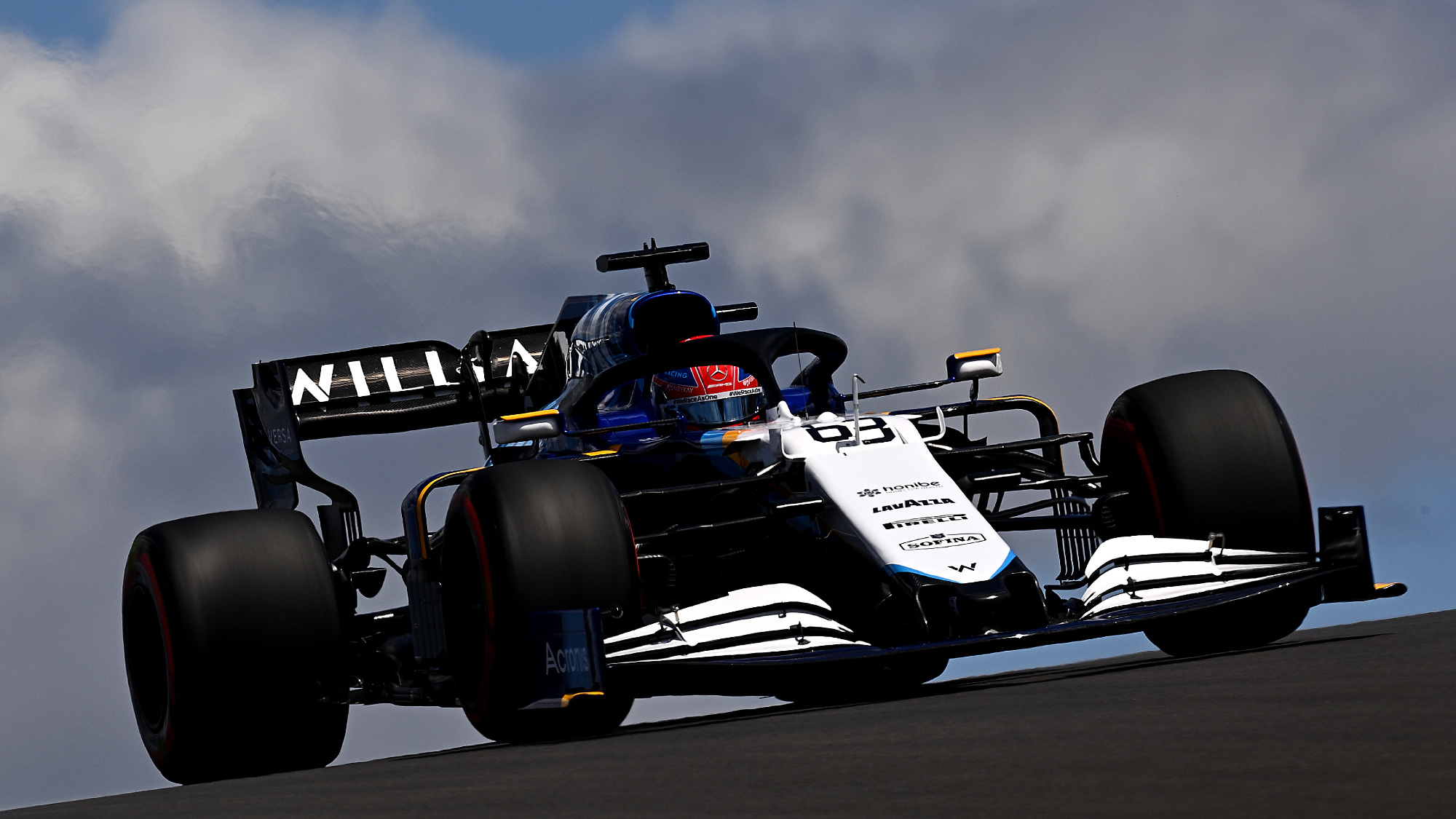 Hamilton set a stunning time of 1min 17.968sec on the medium compound tyre in Q2, half a second clear of next quickest Bottas, and well clear of Red Bull pair, who were also running the mediums.

George Russell was agonisingly close to making it into the final round of qualifying – he lost out by 0.057sec and will start 11th tomorrow.

Antonio Giovinazzi was 0.15sec further back, whilst Fernando Alonso was disappointingly out of touch, finishing up 13th whilst his team-mate Esteban Ocon progressed.

Yuki Tsunoda was 14th, 0.35sec ahead of Kimi Räikkönen who rounded out Q2 in his Alfa Romeo. 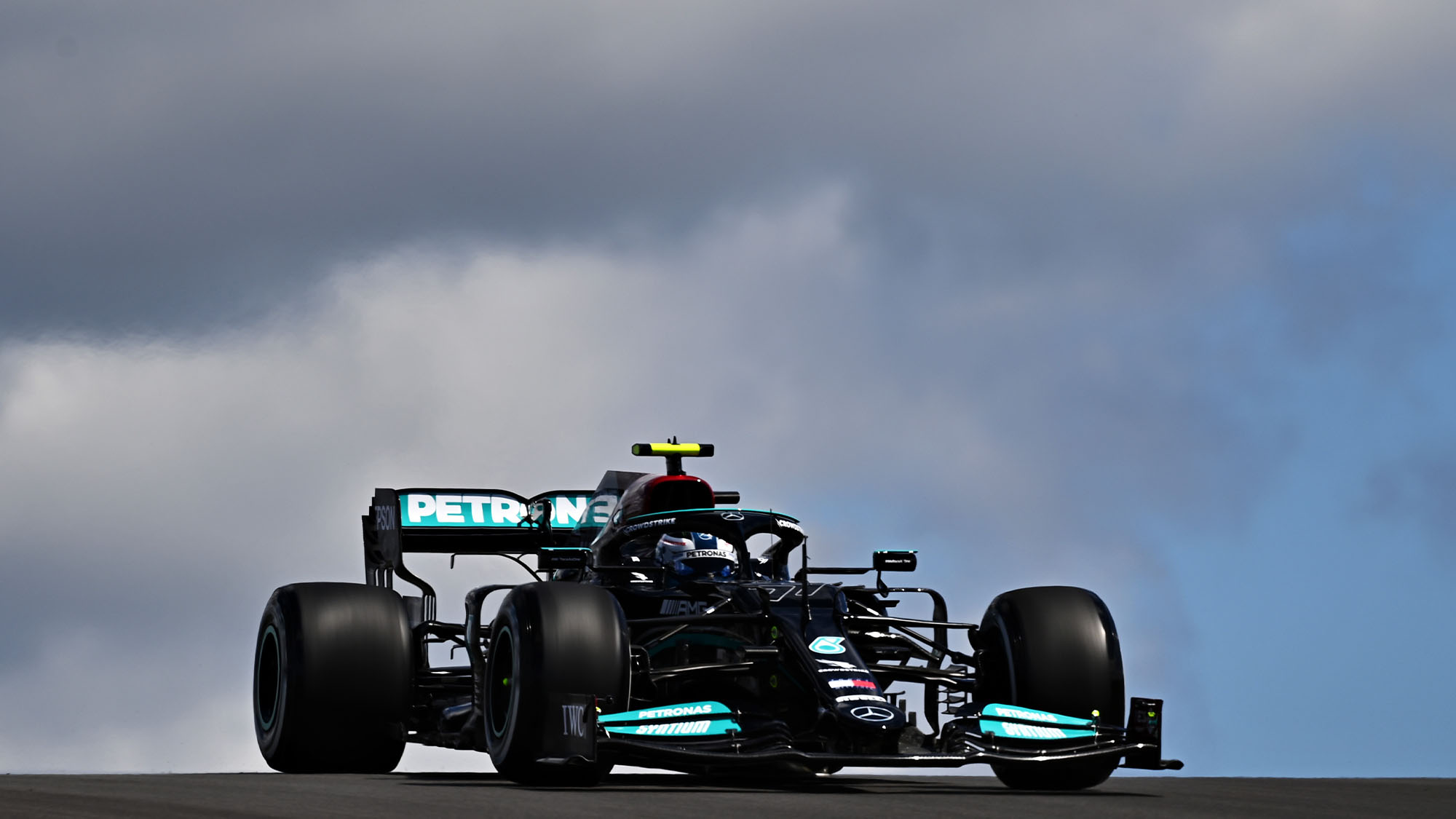 Bottas snatched pole from Hamilton and Verstappen in Portugal

It was first blood to Bottas as he set a time of 1min 18.348sec on his initial run, with Hamilton 0.007sec further back.

That lap was ultimately good enough for pole, as both were unable to improve on the second runs as the wind picked up during the session, ultimately making it slower than Q2 for the majority of the runners. 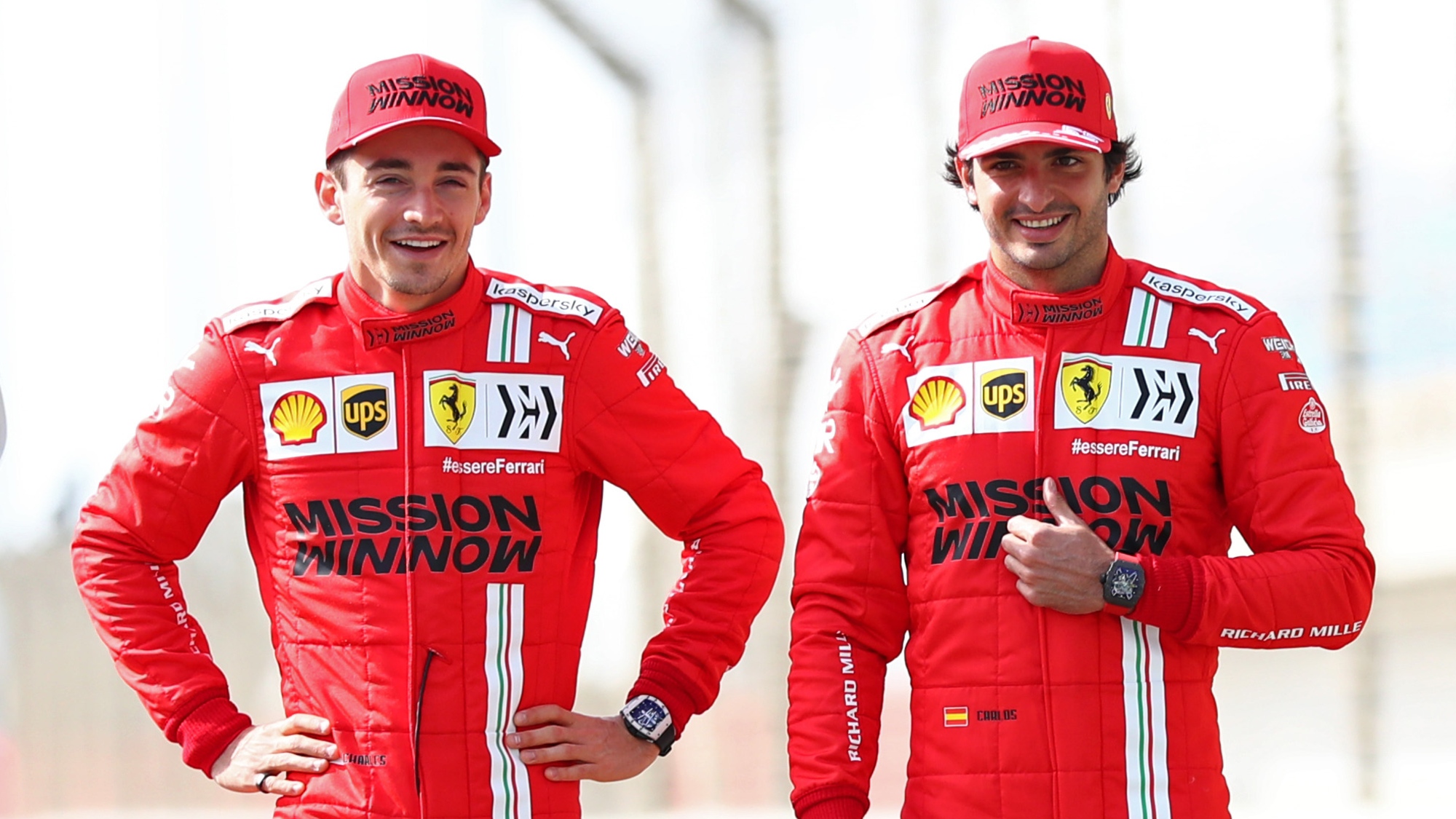 Can a resurgent Ferrari maintain its momentum at Portuguese GP?

Ferrari are on the fightback, and as Adam Cooper writes, despite a long road ahead both drivers are optimistic after improved initial performances

Max Verstappen was almost caught out by the same crosswind that his team-mate Perez was at Turn 4, an armful of oversteer meaning he had his first effort deleted as he went off track. The deleted time would’ve been good enough for pole, and Verstappen’s frustration was clear to see afterwards. He ultimately set the third fastest time with Perez behind him.

Carlos Sainz continued his impressive form throughout the weekend by taking fifth position for Ferrari, with the equally impressive Ocon joining him on the third row of the grid.

Lando Norris was 0.05sec back in seventh, with Charles Leclerc eighth.

Pierre Gasly, who has qualified fifth for the previous two races, might be disappointed with ninth. Sebastian Vettel could be slightly happier, making Q3 for the first time this season and rounding out the top 10.