In the week it was announced he was set to depart Mercedes next season, Valtteri Bottas secured the second-ever Speed King award and prime grid slot for Sprint Qualifying, beating team-mate Lewis Hamilton by under a tenth of a second.

Max Verstappen could only manage third some distance off of the top spot as Red Bull struggled around a circuit that placed emphasis on power over downforce.

Despite his flying lap, Bottas won’t be lining up on pole position on Sunday afternoon even if he takes victory in the Saturday sprint event. Mercedes opted to take a grid penalty for a brand new power unit, putting the Finn at the back of the pack with engine penalties applying to the main event rather than the Sprint.

Another quirk of the format means that everyone was forced to use soft tyres and the long straights of Monza meant everyone was dicing for track position, causing the usual chaos on track and in the pit lane.

While it was the Pirelli ‘Speed King’ award at stake rather than any statistical pole position in qualifying, track position is still crucial around Monza as last year’s DRS-train in the race proved.

Pleasing the Tifosi, Leclerc was first onto the track in front of those gathered in the grandstands leading team-mate Carlos Sainz. The Spaniard’s time was two-tenths quicker, proving the power of the tow though the Monégasque reported issues with engine breaking on his initial flying effort. The team indicated there had been a problem on his lap but wouldn’t divulge exactly what until he was back in the garage.

Max Verstappen was running a lower engine mode in free practice but didnt appear to find much pace on his first effort though Mercedes carried on directly from where it left off in FP1, Hamilton comfortably fastest in the early phases of the first session.

The fun and games kicked off with over seven minutes remaining in Q1 as the dice for track position began. Verstappen experienced the first episode of difficulties finding a clear run and was forced to back off approaching the Della Roggia chicane, at least four cars in front blocking his path. Gasly’s route through the Ascari chicane was hurt by Leclerc who found himself nestled in the middle of a growing queue. 13 cars in the final sector for their final runs demonstrated the problem further. 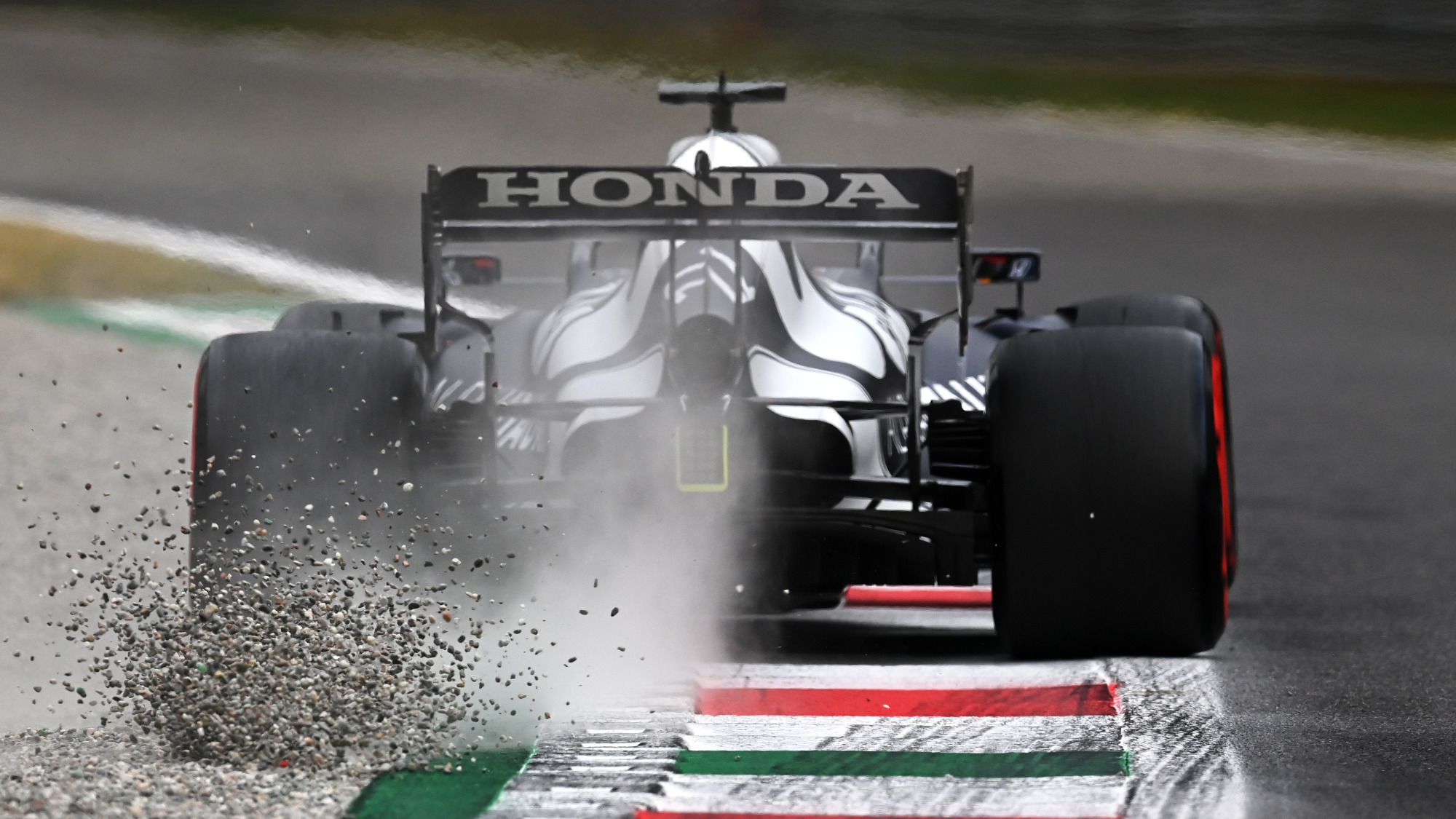 Despite timing his final run to perfection to get a lap in at the rear of the pack, Nikita Mazepin will bring up the rear tomorrow afternoon while it was George Russell that benefitted from a stroke of luck. Yuki Tsunoda’s final lap was good enough for Q2 but violating track limits in Curva Alboreto undid his work and dropped him to P17. It allowed the Williams driver to gain a spot in the next phase.

A spot behind 2022 team-mate Hamilton in the queue to begin Q2 was one of the better spots to have for Russell but reported his brake pedal was going long on the out lap. Likewise, Leclerc’s issues hadn’t been rectified going into the second phase of qualifying and only managed ninth on initial runs. Carlos Sainz was the Ferrari driver in trouble approaching the final minutes, down in 13th place. Hamilton dipping into the 1min 19s put everyone else on notice. Title rival Verstappen could only manage a 1min 20.710sec even with a tow from team-mate Sergio Perez.

McLaren’s pace looked strong versus its constructors rivals in Ferrari. Despite the Scuderia having home advantage, the papaya orange cars found pace to filter in behind both Mercedes cars along with 2020 Italian GP winner Pierre Gasly.

The standoff in the pit lane for the final Q2 runs almost resulted in chaos as cars filtered out onto the track. Sebastian Vettel was released directly into the path of Hamilton and the pair went side-by-side, forcing an Alpine mechanic to quickly vacate the fast lane. Stewards announced that the incident was to be investigated after the session.

Both teams found a decent tow as things congested on pit lane exit and Verstappen came barrelling through the queue but Aston Martin and Alpine fell out of qualifying in a disappointing final run for both teams. Vettel managed P11 (pending the outcome of his unsafe release) but was ahead team-mate Lance Stroll and old adversary Fernando Alonso. Esteban Ocon and Russell were the final duo eliminated from qualifying in the second phase. 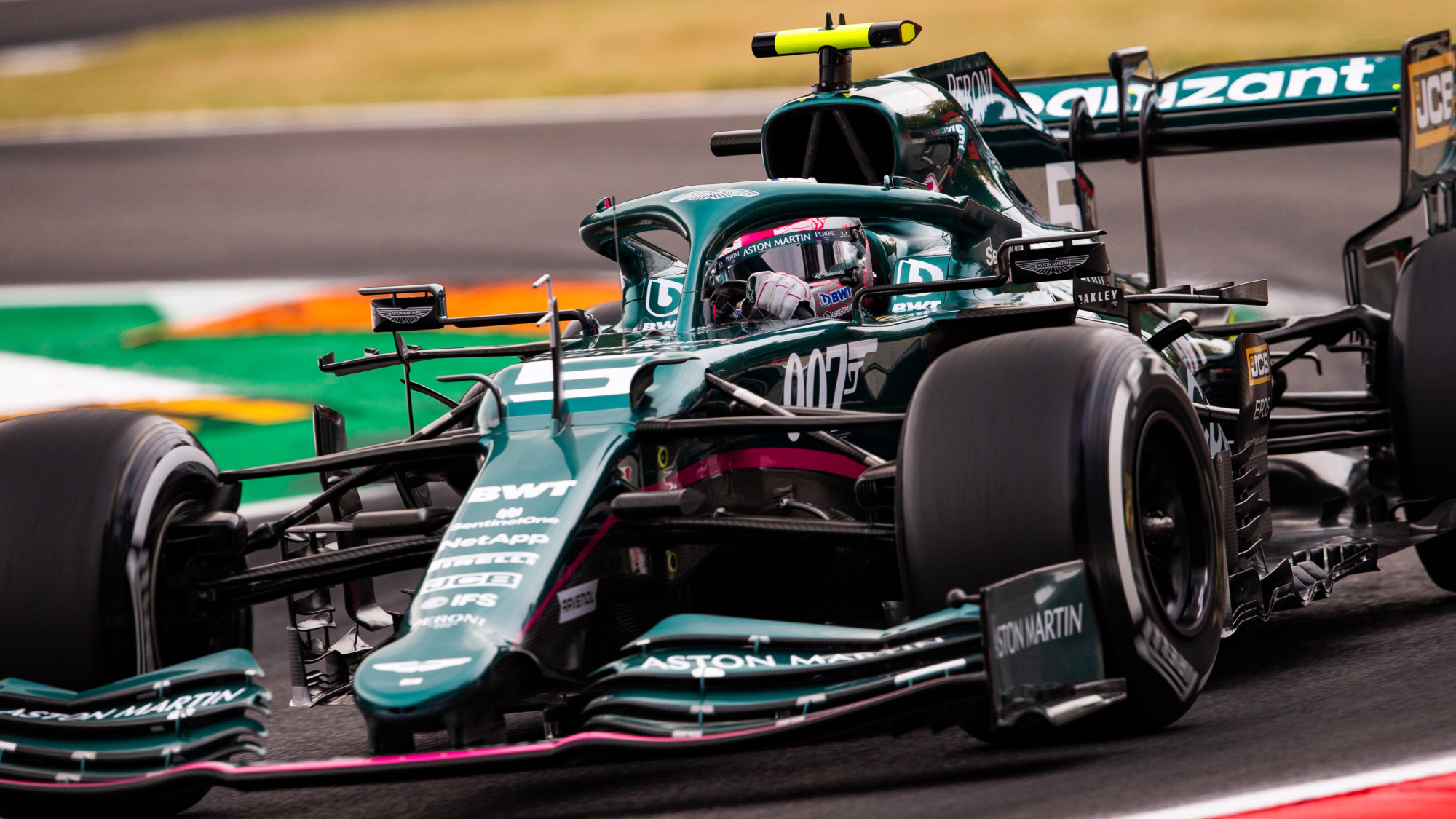 Mercedes headed up the field in the first flying laps of Q3 with Hamilton gaining a distant tow from Bottas. Gasly kept close contact with the second Mercedes followed by Perez, and Verstappen. Ferrari and McLaren followed in Noah’s Ark formation with Antonio Giovinazzi involved too.

Leclerc’s earlier problems had been addressed during the intermission and he landed P7, beating Sainz, Perez and Giovinazzi who rounded out the top 10.

Bottas got wide out of the Della Roggia chicane, kicking up plenty of gravel on corner exit and left him with a time good enough only for fifth, narrowly beating Gasly. Hamilton lost touch with his team-mate throughout the lap and caught a less-powerful tow than he might have hoped. A 1min 19.949sec was slower than his Q2 time but good enough to top the times overall. Verstappen’s positioning behind Perez and Gasly gave him a great slipstream and was just 0.017sec off the top spot following his first flyer. Further back, Norris and Ricciardo set decent pace in the first sector courtesy of a nice tow for both. Ricciardo’s effort put him third fastest until he was displaced by Norris.

It was a role reversal in the final runs as Red Bull led the way with Mercedes bringing up the rear along with a lonely McLaren of Norris following at the tail end. With the orange hues of the Monza evening bathing the track, the final runs were underway.

A poor first and second sector for Verstappen offered no personal improvements. No longer leading the way, Gasly was the Honda-powered driver gaining in the tow to secure a brief fifth. Despite sacrificial lamb Perez providing a decent tow, Verstappen’s effort offered no improvements and he was left at the mercy of the Mercedes’.

Hamilton and Bottas were both finding time in the first two sectors but the latter did the better job. His new power unit might have eeked out a hundredth or two but leading the way and without a major tow, still managed to find time for ‘pole’. Hamilton’s time was an improvement but he ended the session 0.096sec off top spot.

Verstappen’s time was 0.4sec off and showed just how off the boil the Red Bull was around Monza, a totally different demand on cars versus Zandvoort from last weekend.

Rumours had suggested Red Bull and Mercedes were both considering engine penalties post-qualifying but it’s Bottas that will start from the rear on Sunday. The Finn’s W12 was fitted with a brand new power unit ahead of qualifying meaning his race will be busy come Sunday afternoon by virtue of Sprint Qualifying rules.

The long run to Turn One and a start on the clean side of the grid for Verstappen means the title contenders look set to go wheel-to-wheel once again. Will they get through unscathed this time around?