By reputation, Silverstone’s security force has a surly core – but driving in at 6.15am gives you an idea of its task’s true essence. Guards have been on duty through the night, in soggy isolation, but still summon a cheery “good morning” when the reality is anything but. The clouds are low, the sky grey and the horizon moist. Welcome to the 2013 British Grand Prix. 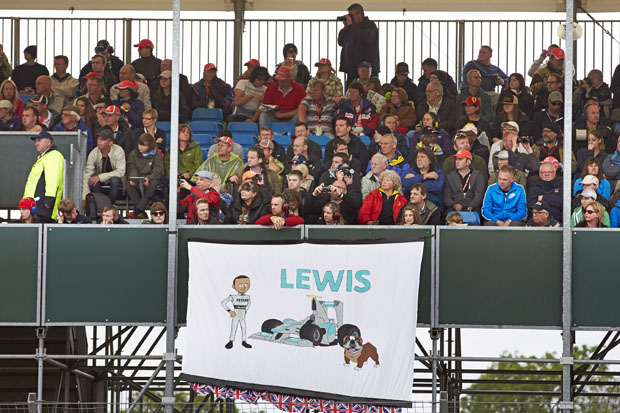 An early start proved unnecessarily cautious. In 2012, with nearby campsites inaccessible due to axle-deep mud, the roads around the circuit became clogged with caravans that were all hooked up with no place to go and pandemonium ensued. 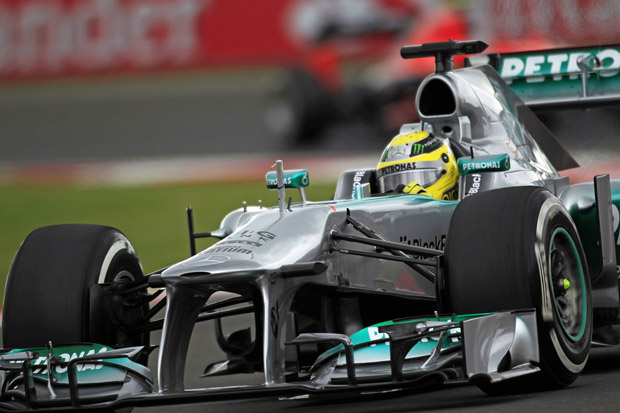 Ground conditions were better this time, although the same couldn’t be said about the weather. During the opening F1 practice session, a sizeable crowd sat and watched not very much as teams huddled in their garages – a common enough occurrence whenever it rains on Friday mornings. “It’s disappointing,” said Lotus team principal Eric Boullier, “but tennis fans sometimes don’t see any action at Wimbledon when the weather is like this.” Things were a little busier in the afternoon, with Nico Rosberg setting fastest time ahead of the two Red Bulls, Mark Webber just shading Sebastian Vettel. “On one lap the car is still quick,” Rosberg said, “so qualifying should be OK. The question mark is our race speed. It feels decent so far, but it could be a completely different picture on Sunday because the weather should be a lot warmer, so we don’t know where we are right now compared with the others.” 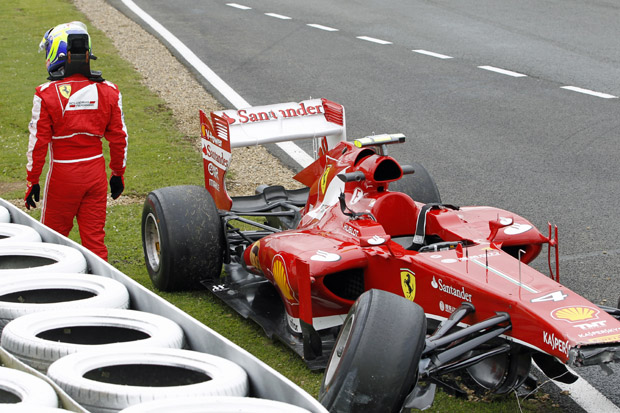 Paul di Resta, Lewis Hamilton and Daniel Ricciardo completed the top six, the latter little more than a tenth clear of team-mate Jean-Eric Vergne. Felipe Massa completed the fewest laps, having spun into the tyre wall at the exit of Stowe – the Brazilian’s third practice accident in as many Grands Prix.

There are interesting times ahead for the Toro Rosso drivers, because Red Bull team chief Christian Horner admits both are on a short list of just three to replace the Porsche-bound Webber next season. Despite Toro Rosso being Red Bull’s official nursery, however, Horner also made it clear that he is not obliged to hire from within. “We just want the best driver we can get,” he said. 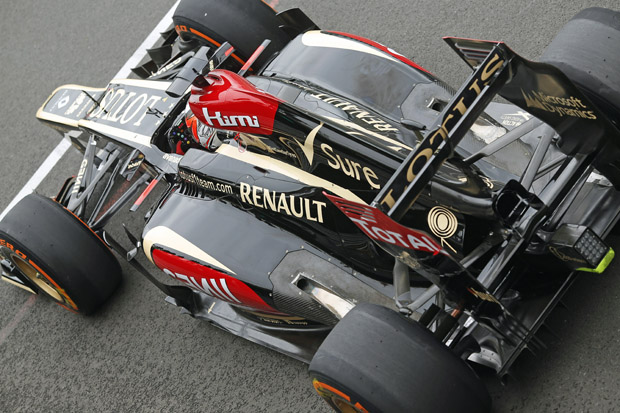 The other candidate – as rumoured almost since the wheel’s invention – is Kimi Räikkönen, whose Lotus contract expires at the campaign’s end. Horner also confirmed that current Red Bull reserve Sébastien Buemi is not under consideration.

Some things are rather more firmly in place for next season, after the FIA’s World Motor Sport Council met at Goodwood while the British Grand Prix was getting into its stride. Appropriately, steps are being taken to avoid sustained periods of track inactivity, with the allocation from 2014 of an extra set of tyres that must be used during the opening 30 minutes of free practice.

Other decisions included the imposition of a four-team ceiling on F1 engine suppliers, a new, accumulative penalty points system for errant drivers (with 12 equating to a one-race ban), restrictions on wind tunnel usage, the abolition of TV promotional days (and young driver tests) in favour of four two-day tests during a season’s course and the reintroduction of January testing, to give teams more scope to fine-tune next season’s new V6 turbos. In addition, drivers will be allocated a 100kg fuel maximum per race.

Oh, and the quest to sign a fresh Concorde Agreement – the elusive balm that’s supposed to smooth the sport’s governance – is said to be “close to conclusion”, as it has since the old one expired at the end of 2012.

There remains no firm word on a tyre contract for 2014, although there was more evidence of friction between current supplier Pirelli and the governing body. The FIA listed Pirelli’s motorsport director Paul Hembery as a guest at its Friday conference, but the Englishman failed to show… and revealed that he’d made his unavailability clear several days beforehand.