This week in motor sport from the Archive and Database… the British Grand Prix visits three UK circuits, three ‘50s racers are born and sports cars head to Watkins Glen.

A young Stirling Moss claimed his first win in Formula 1 at Aintree in 1955, at the same time becoming ‘the first Britisher to win the British Grand Prix’. Roles were reversed from the previous round at Zandvoort, when Moss followed in Fangio’s wheeltracks to the flag. 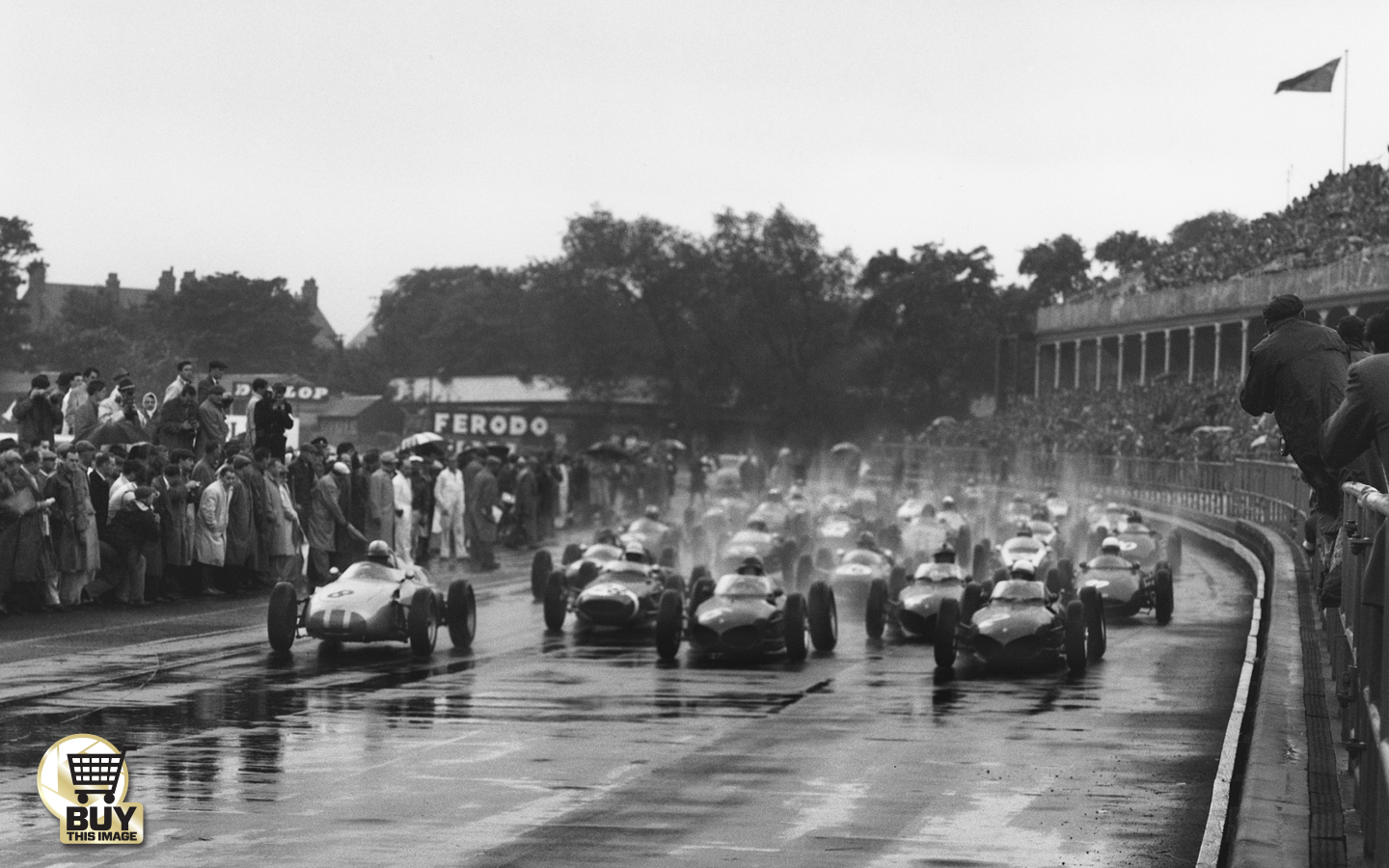 Moss had starred at Silverstone in 1954 in both the support and the main event – victorious in the 500cc race and retiring from second place in F1. José Froilán González won, Mike Hawthorn inherited second.

In 1961, with the race back at Aintree, Wolfgang von Trips led a Ferrari 1-2-3 in the pouring rain. Moss, meanwhile, retired (again) from second, and with a view to the future took over the Ferguson of Jack Fairman before being promptly disqualified.

The ‘70s saw F1 in England shared between Silverstone and Brands Hatch, often with dramatic results. Although Stewart in 1971 dominated a less-than-memorable Grand Prix at Silverstone.

James Hunt ‘was a worthy winner’ in 1977 at Silverstone, according to Jenks, before Carlos Reutemann snatched victory from Niki Lauda’s grasp at Brands Hatch’s Clearways exactly 12 months later.

Clay Regazzoni gave Williams its maiden F1 win when the British Grand Prix returned to Silverstone in 1979. Nigel Mansell doubled up for Williams in 1986 and 1987, both in typical Mansell style. A third came in 1991, when he gave the fuel-dry Senna a lift back.

Senna’s luck had been no better in 1989, when a gearbox problem spat him into the Becketts gravel. Prost took over the lead to beat Mansell. Team-mates in 1990, Prost inherited the win from Mansell when gearbox problems blighted ‘Our Nige’, who had earlier taken the lead by pressurising Senna into a spin.

Also this week, Ferrari man Luigi Chinetti was born in 1901, Alberto Ascari in 1918 and Prince Bira 1914. Their contemporary Juan Manuel Fangio died at the age of 84 in 1995. Driver-turned-team-owner Guy Ligier was born in 1930. 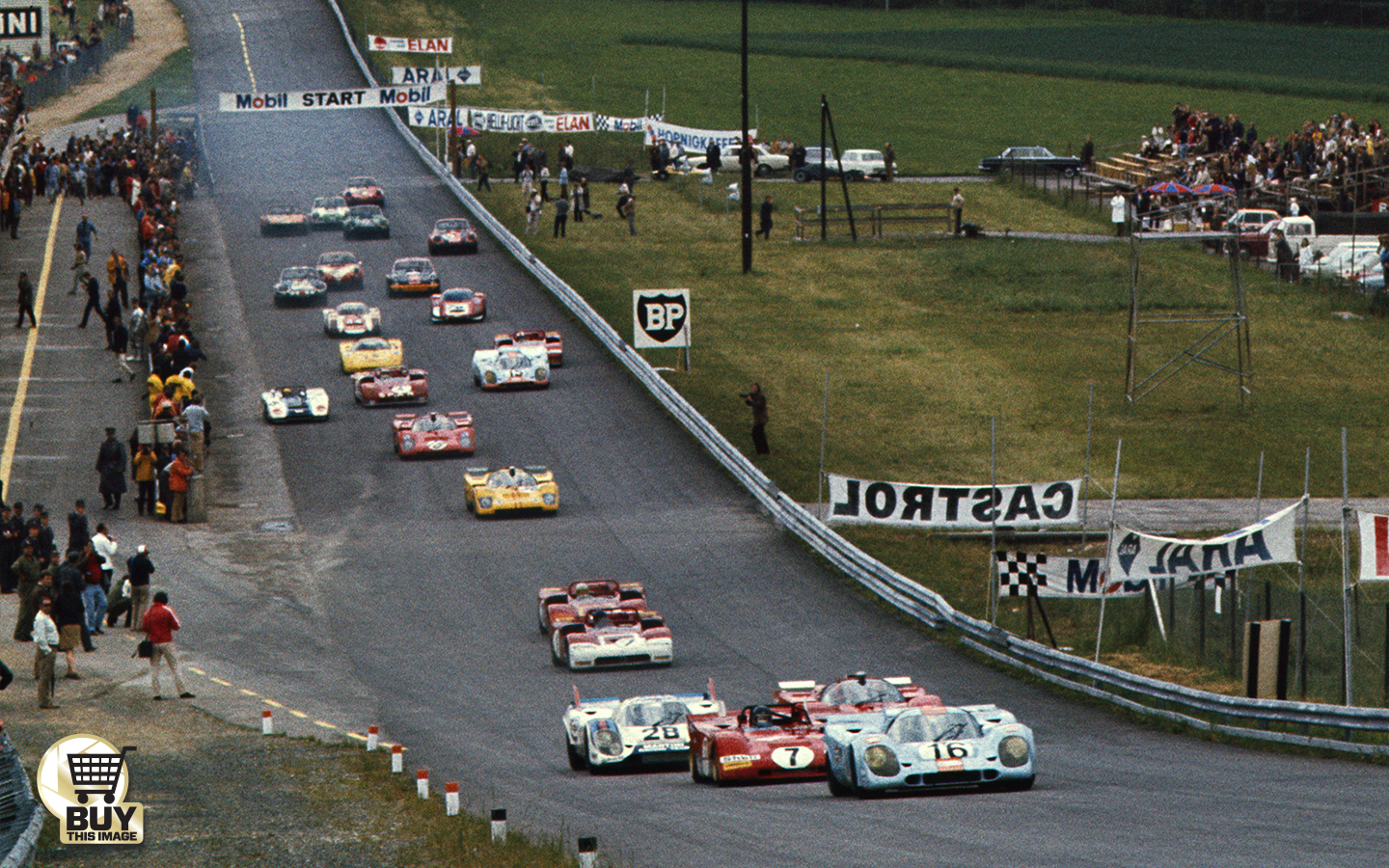 Pedro Rodriguez was killed at the Norisring in 1971. Fellow rapid Porsche works driver Rolf Stommelen was born 28 years to the day earlier.

Watkins Glen hosted a bumper weekend of sports cars in 1969, with Porsche’s Brian Redman and Jo Siffert leading a 1-2-3 for Stuttgart in the 6 Hours – on one set of Dunlops. Bruce McLaren won in the following day’s Can-Am encounter, as Ferrari began to show progress. The two Jean-Pierres, Beltoise and Jarier, won the 1974 6 Hours, Matra’s sixth win in seven races.

At the Nürburgring in 1984 Stefan Bellof and Derek Bell won for Porsche, as Ayrton Senna made his one and only appearance in the World Sportscar Championship further down the field with Henri Pescarolo and Stefan Johansson. 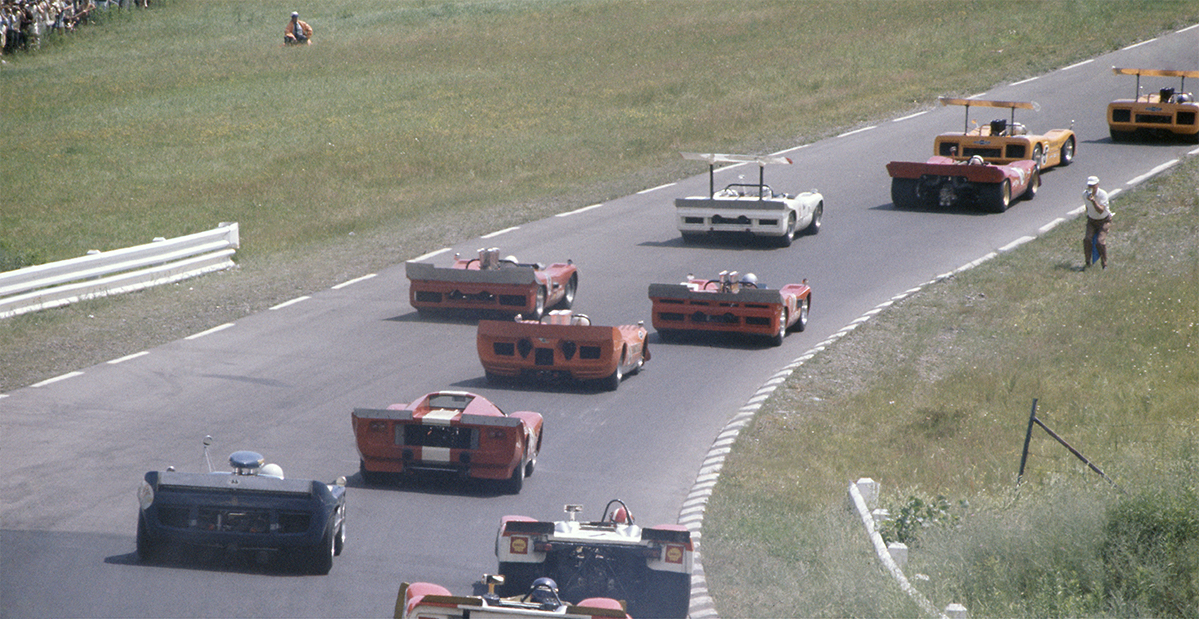