After the British Touring Car Championship finale at Brands Hatch produced a thrilling conclusion, Andrew Frankel explains why Formula 1 should be taking note 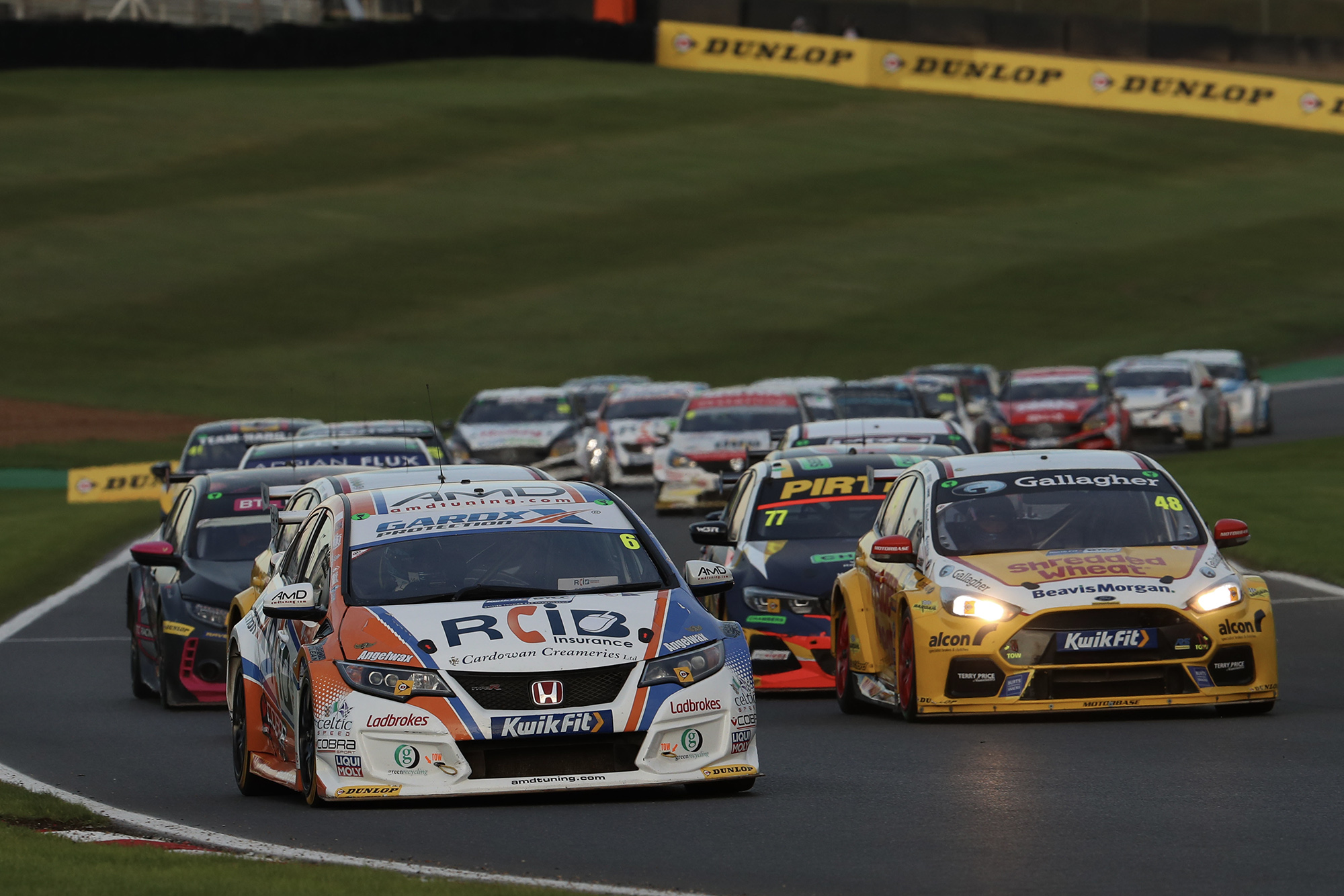 I think we’re actually having quite a good Formula 1 season.

I know that with four races still to go the Constructors title is decided and that the Drivers equivalent will go to one of Mercedes’ driver pairings, but we’re very used to that by now, because that’s been true on both counts for six consecutive seasons.

One more and Benz will have eclipsed even Ferrari’s run in the Constructors in the Schumacher era. Funny to think that in the last 20 years just five teams have won that title, four if you include Brawn within the Mercedes-Benz count.

But still, we’ve had some good races and were the Ferrari team as good at running their cars as they are at designing them, we might have had a proper fight.

Even so, I find myself inexorably drawn towards the contrast between F1 as it is today and the British Touring Car Championship.

And yes, I know I’m not comparing like with like and that in F1 you’re watching the world’s finest drivers in the world’s fastest machines, but even so… I wonder if the following might give you some food for thought.

It has now been nearly seven entire seasons since any car other than a Mercedes-Benz, Ferrari or Red Bull won a race in F1. In the same near seven seasons, races have been won by just nine drivers.

Compare that to the BTCC where 13 drivers have won races for 12 teams in cars made by eight different manufacturers this year alone.

And in this year’s BTCC, instead of the season being all by wrapped up with four rounds still to go, three contenders went into the 30th and final race with realistic chances of becoming champion in Britain’s biggest national series. If you’ve not seen it, go and get it off the ITV hub because I promise it’s worth every second.

It’s all there: one of the greatest of race tracks used in its full glory, a ridiculous charge through the field from the back of the grid, last lap heartbreak and a winner plenty had written off before the season had even started. 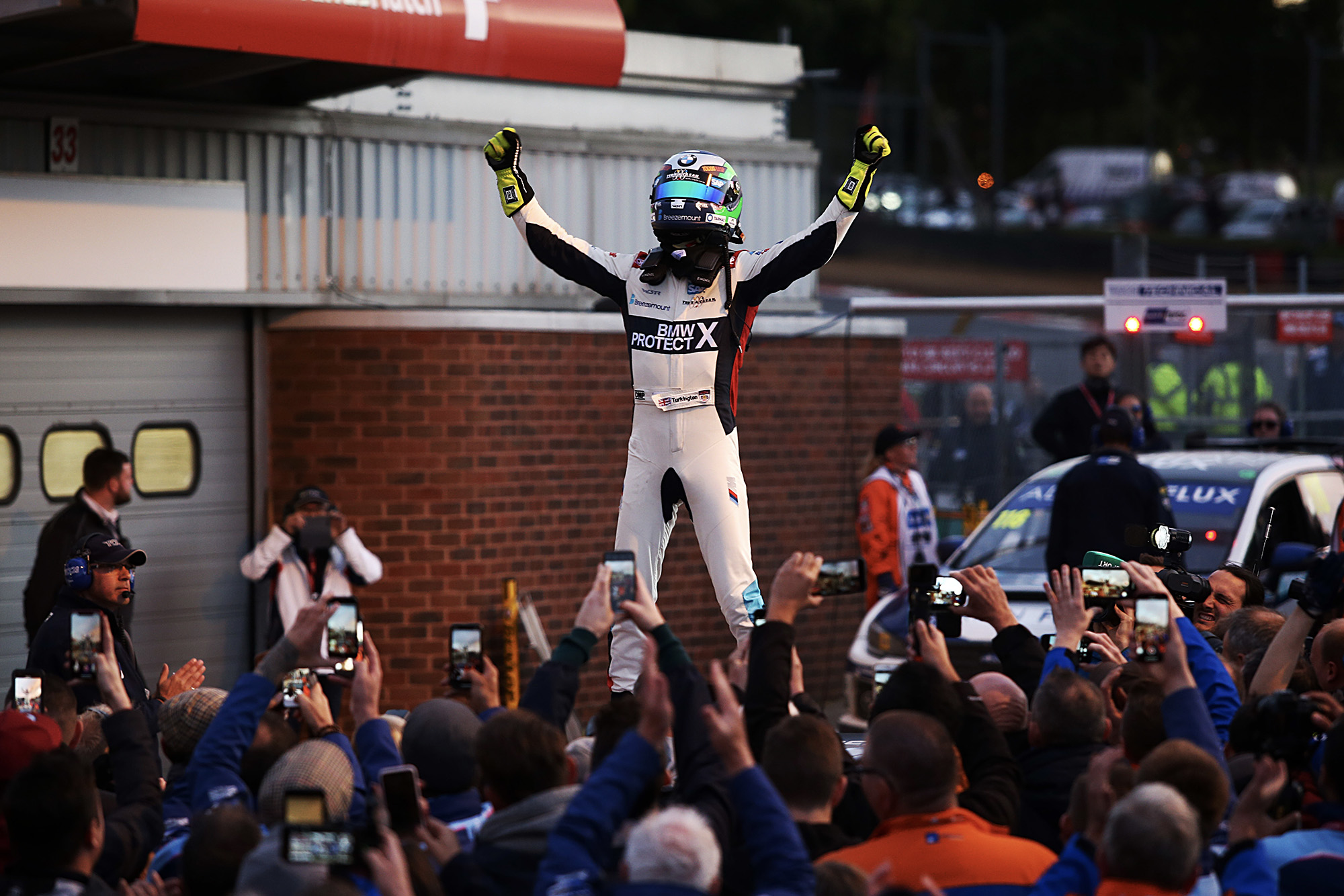 Colin Turkington celebrates his title win after fighting his way back through the field Photo: Motorsport Images

Nor is it difficult to see why the BTCC puts on such stellar racing: costs are strictly controlled and at a level that allows private teams not only the opportunity to take part, but the possibility of actually winning.

Cars have some downforce, but not enough to stop them following each other through the quickest curve a matter of inches apart. And of course, there is success ballast and reversed grid, perhaps the most controversial of regulations, but ones that have ensured super close racing throughout.

And the point to me is that while these regs might allow the occasional freak win by an unfancied outsider (which is no bad thing), over the course of the season the driver and team that does the best job still ends up with the title, which is as it should be and as was undoubtedly the case in 2019.

But there’s other stuff I like too. You get proper characters in the BTCC from a wide range of backgrounds and with a proper span of ages. It’s a series where the lightning reflexes of youth trade blow for blow with the experience and cunning of age.

Kimi Räikkönen will doubtless be delighted on Thursday when he becomes the first F1 driver to race in his 40s since Michael Schumacher, but at Brands last weekend Jason Plato won his 98th BTCC race the day before his 52nd birthday, making him the oldest winner in the 61 year history of the championship.

Highlights from the final round of the BTCC championship

He won his first in his rookie year back in 1997, at which point the youngest man on Sunday’s grid, Senna Proctor, hadn’t even been born.

I’m not saying F1 should become like touring cars in general and I’m specifically not saying that artifice such as reversed grids and success ballast would work at the top level. But surely there some lessons that can be learned from what is consistently the most exciting motor sport on telly at present?

Ultimately Formula 1 has to decide what it wants to be: a technological showcase or the world’s greatest racing formula because I think it is fair to say that all the evidence shows it cannot be both. The problem is the manufacturers want one thing, the fans something else.

As I have said before, the people who run F1 are highly intelligent, many with decades of experience in the sport. It is absolutely not a question of what to do to create great racing, because everyone knows the answer, most of all them. It is the will that has been missing until now, not the way. The BTCC is just one example of what happens when you have both.